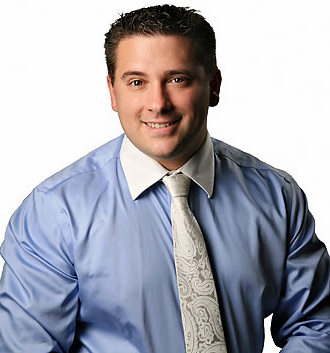 CFN – In 2014, a new Council will be elected, the recession may or may not be over and yet thousands of new jobs are expected to start coming to Cornwall.  This bodes well for, not only Cornwall, but for all of S.D. &G.

.
But not all is well on the Cornwall front and much needs to be done to remove Cornwall from the bottom of public opinion and position.  Cornwall has three major hurdles standing in its path to growth and until it makes some important decisions; it will continue to be the “City of Untapped Potential”.

Cornwall has stated in its Economic Strategic Plan that it must both create a University and support St. Lawrence College.  The City surely has supported the College and should be commended to sticking to the plan and supporting such a vital part of our community.   Unlike, many of the surrounding counties Cornwall City Council has chosen to donate a large amount of money to keep our College competitive and attractive.

However, little to nothing has been done since the 2006 Economic Strategic Plan was updated (almost 7 years ago)!  Although, the topic of a University comes up every time we discuss the topic of youth retention and attraction and still very little, if anything, is done after the ballots are cast!

A University must be added, to S.D. &G, and Cornwall is the hub as well as the ideal location for such a facility!  A University would raise the education level and create local training and advancement opportunities for local residents!  Our biggest export is our youth and a University would begin to plug the outpouring of young talent.

Even with the influx of new revenue from record investment and development, we continue to see annual increases of 2% and higher.  The burden of labour has been brought into the limelight when discussing the issue but my question is this:  “Why are we not exploring or discussing the option of outsourcing or contracting services?”

I believe the tax burden in Cornwall has become such an issue that respected business leaders have stepped up to the front lines with big names such as Gerry Benson (Benson Group) and Roy Perkins (Rona Home Centre) joining the cause.  The Community Action Group, like every other group, before it has stated that they are here to help and to date has not had a single request for a tax reduction approved by Cornwall City Council.

The lack of direct action taken and initiatives put forth single-handedly by Council Members has lead for many in the community to ask:  “Who is running our City?”  Is it the Mayor and Council or is it Administration?  We all know that administration and staff work hard and tirelessly to keep the city afloat and in my opinion the development of our Business Park is a testament to their efforts.

However, direction needs to be given by Council to Administration as to what the City of Cornwall’s Citizens want, and sometimes need, in order to live happy and productive lives in our community.  Our lay committees are responsible for gathering and discussing more detailed options before offering their suggestions to council but our Councilors must work to ensure their ideas from their platforms are implemented or risk scrutiny.

“I, like many others, feel that if a candidate does not have a platform then administration will have no choice but to guide those elected but a candidate with a platform has already been given approval by us the people if they were successful in winning a seat!”

Unfortunately, the majority of those elected did not have a platform heading into the campaigning period but were elected purely due to name recognition from either being previously on council or through other forms of media and social activities.

Kinsmen Cornwall Lift-Off has been a wonderful event that proves Cornwall is in need of more!  With the development of the Cornwall Cultural Committee we should hopefully see some ideas submerge but will they be relevant in today’s market?  Ensuring Arts and Culture remains “centre stage” with events, such as Lift-Off, will be important and supporting local talent has been over-looked for far too long.  There are two large questions shadowing this group and I don’t think they understand the urgency or the pace in which the community wants to see results!

One! Will the Chair of the Cornwall Cultural Committee be able to produce a suitable plan and implement any change worth recognizing?  The chair, Todd Bennett, ran for council in 2010 but really doesn’t possess any experience with the Cultural Community and this could be detrimental the overall to the image of this committee.

Two!  The major request, from the community, at election time was for the city to begin thinking of developing a central facility to house an art gallery, theatre and salons for showcasing local talent and attracting tourists.

However, all of this is great topic and the community is right we should have all of these options available to us but, for far too long, we have been without a large tourist attraction and we need to start thinking outside of the box. We are in desperate need of a facility or a marketable product other then location!

We need to decide what we want to be for example……We are known for “Smuggling” – like it or not – and could look to exploit that ideology by turning ourselves into “Smugglers Ally” and become the “Las Vegas or Atlantic City of Canada!”  The idea, although a radical example is that Montreal has its Parisian Culture (and known for its bars and strippers), Ottawa has Parliament, Windsor has Mills, Niagara Falls has well the Falls, and Cornwall has nothing to draw tourists internationally.

In 2014, a new group will run for election and now is the time to start lobbying bright young minds or those willing to create a new identity to seek a seat at Council.  Too many in our community are willing to “keep things the same” and “make things look better than they are” today I hope to start a revolution of creativity NOT negativity and hope that anyone reading this will be inspired to simply –

DO SOMETHING FOR OUR CITY!  Run for election, give an idea, lend a hand or apply for a committee but if anything TALK TO SOMEONE YOU KNOW ABOUT WHAT YOU THINK WOULD MAKE OUR HOME BETTER!

OPEN MIKE! by Mike Bedard – A spotlight on Cornwall’s Local Businesses and Political Issues added by admin on February 21, 2012
View all posts by admin →

6 Responses to "OPEN MIKE! by Mike Bedard – A spotlight on Cornwall’s Local Businesses and Political Issues"