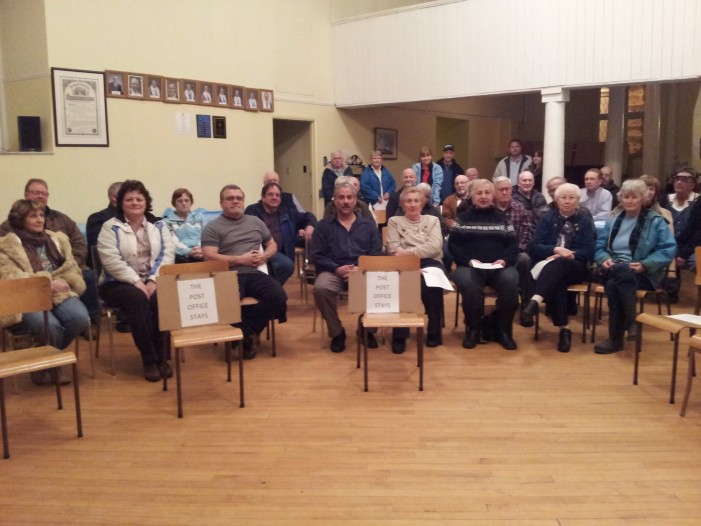 CFN – Forty-two residents of the beautiful village of St. Andrews West turned out on Thursday evening at the St. Andrews Catholic Church hall to show their support for the Post Office.

.
During the 90-minute long meeting the residents confirmed that Canada Post’s recent proposal to pay the current owners of the St. Andrews convenience store significantly less that the current rate seemed unfair.  The residents heard from each of the affected groups including the MP – Mr. Guy Lauzon, the Mayor – Mr. Bryan McGillis and residents genuinely concern.

They brainstormed suggestions on how to get both sides to agree to a solution which would see the current post office remain in its current configuration.

Facilitator – Earle DePass will contact Canada Post with the proposed suggestions.  The resident agreed to meet again next Thursday to continue to address this.

7 Responses to "St. Andrews Fights to Save Post Office As MP Lauzon States it’s Not a Federal Issue – March 13, 2012"