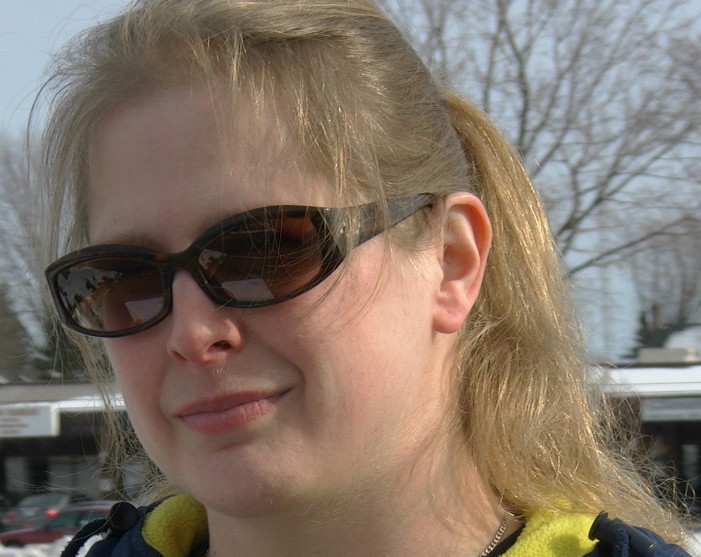 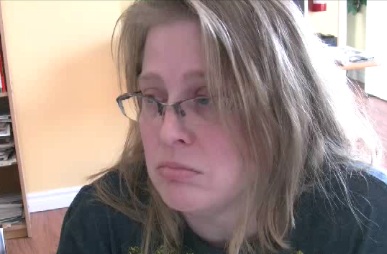 CFN – When paramedic Erica Stacey was called to a possible drug overdose on Feb. 23, 2007, little did she know how much her life would change in the coming months and years.

.
She and her partner arrived to a lengthy country lane in Dundas County covered with about six inches of snow. “We were able to drive up the driveway but only so far — approximately 10 feet from front steps,” which “is not unusual,” said Stacey.

But as the two lifted the stretcher to clear the wheels from the snow-covered lane, something happened, Stacey said. “I felt like I was suddenly giving birth thru the scapula. The muscle spasms were so severe.”

What the 37-year-old Ottawa-area resident thought at the time was just a minor muscle pull turned out to be a serious neck injury which propelled her into an uncontrolled descent which became her own personal hell.

She lost the use of her right arm and was in constant pain from nerve pressure from her neck injury. She was relegated to desk job at a substantially lower wage sorting through paperwork, “and I was often pushed beyond my limits,” she said.

Even worse, she could not take her pain medication before her hour-long drive to work from Ottawa and she was forbidden by city management from taking the pain medication while at work. So she suffered through her work day, often in tears from the excruciating pain.

“I felt that right there was a human rights violation,” she said. “I was told that pain doesn’t matter.”

She would complain to her union about working in constant agony and that the new logistics job was too demanding for someone who had largely lost the use of one arm. The response: “’Just comply’, and ‘we’re working on it’,” Stacey said.

In the subsequent four years she lost almost everything in her life that she cherished — her job as a paramedic, her spouse, and suffered a nervous breakdown — all the while fighting to get her treatment for her injury and retraining for a new career. She lives her life in limbo, struggling to move forward but unable to put the past behind her. Stacey has spent five years watching her case be tossed back and forth between the city and the Workplace Safety and Insurance Board and make its way through five different union representatives.  As she sits at The Journal office, a two-inch thick binder of documentation in front of her, she doesn’t even know whether she has been fired or if she is still an employee of the city.

“Yes, I felt I was bullied,” Stacey said, a refrain that has become all too familiar on the news pages in Cornwall lately. “I was harassed constantly.”

Tears flowed as she described what torment she endured –the harassment, intimidation and lack of empathy as she was forced to complete mundane and at times meaningless tasks — to satisfy the city’s return to work program.

“My pain wasn’t validated. Violation is kind of similar,” she said, struggling to find words to describe her sense of betrayal. “It was agony.”

“Once I was hitting Headline (Road) my heart was beating out of my chest. It was a very difficult drive to come here today,” said Stacey, who had developed anxiety so badly because of the treatment she received after he injury that she would stop and vomit on the way to work.

She contacted The Cornwall Free News after reading about an eerily similar case – former city employee Marie Ann Pilon who won a human rights case against the city late last year after management failed to accommodate a health condition she had which required her to take frequent bathroom breaks.

Stacey – at a dead end and desperate for help – met The Journal and the Cornwall Free News in Morrisburg two weeks ago. Days later, although fearful of retribution from the city, she decided to go public with her story.

“Until this week, I had lost hope,” said Stacey, tears welling up in her eyes and eventually trickling down her cheeks. “They made it very difficult to get up in the morning.”

Stacey appears to be caught in a bonafide case of Catch-22: She has been unable to secure legal help because of her union membership, but the union has been unwilling or unable to fight the city on the issue.

“I have exhausted all avenues of help. My union no longer assists me and I don’t have the financial resources to get my own lawyer,” Stacey said.

She believes “many things” could have been done to make her transition back into the work force a success. But to this day, she still doesn’t know why she was treated so callously.

“Maybe they didn’t believe me,” she said, “or maybe they were trying to get me to quit.” But in the end, one thing was quite evident for Stacey: “They make it quite difficult.”

To read the original story and more coverage by Greg Kielec click HERE.   If you didn’t get local delivery of le Journal you can drop by their offices at 625 Montreal Road in Cornwall Ontario.