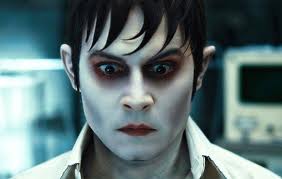 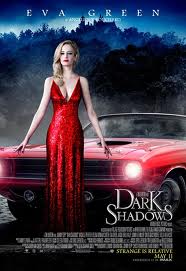 CFN – I am always fascinated at the evolution of film making.  Being one myself I’ve studied the history of film since its inception.

Today more and more movies rely on digital technology for many areas that  used to have full artistry.

Director Tim Burton has been wrestling with Technology from the 3D effects in Alice in Wonderland to this latest offering; a revamp of the old Dark Shadows  TV show.

One I watched as a kid after school eating Bugles.

This of course was not my old Dark Shadows.   Tim Burton has made it his own in many ways.   It’s one  of  the weakest scripts I’ve ever seen in a Burton film, but I could see that a lot of its was building the foundation as there most certainly will be a sequel.  I could almost hear the execs voices in the back ground screaming to make it more like Twilight 🙂

Johnny Depp gave his fans what they come to expect from him.    He really can act and has some subtle fun scenes in Dark Shadows.  Some real themes are touched on in the limited amount of space a Hollywood platform flick can offer.

It was winsome seeing Michelle Pfeiffer.    She looks great but really wasn’t give much to do.   Chloe Grace Moretz hook I won’t give away, but it was kinda predictable and lacking oomph.    Bella Heathcote lives up to Tim’s waif fetish, but the real treat is Eva Green as Angelique, the villain. Frankly I’d love to see her back, but unless there’s some magical hook her delightful Hard Core Bitch on Wheels villain will not be back.  She completely sizzled leaving me feeling like a 12 year old boy with one gym sock!

Tim’s gal pal, Helena Bonham Carter was kinda fun too and expected to be back in the sequel. While it was funky to see Alice Cooper do his thing and the cameo by Christopher Lee Dark Shadows is a new franchise that looks like it will take root in the dark and rich soil that the Vampire has had for three centuries of Western Entertainment and lore!

Hopefully your local theater has a better service and experience than ours which had long line ups due to short staffing.   And dear Cineplex, when I spend over $20 for a ticket, small popcorn with butter and bottle of water I really don’t want to be bombarded with commercials before the movie rolls.  More trailers please, less crap 🙂

I’m going to give Dark Shadows 4 out of 5 Popcorn Boxes!