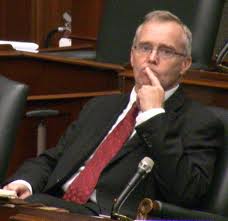 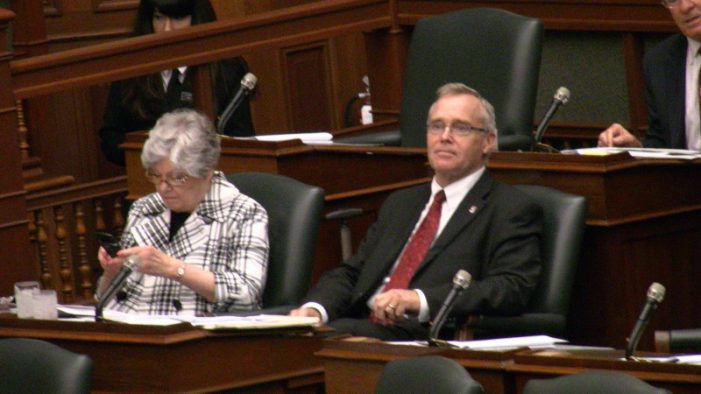 It’s a bit poetic as Mr. Brownell is a former teacher himself before becoming a MPP; something that he truly loved doing before retiring before the last election due to health issues.

I spoke with him recently and I could still see his love of politics as he spoke of  the current political situation in Ontario.

Mr. Brownell’s shoes were difficult to fill and the seat changed hands with new MPP Jim McDonell taking over for the Tim Hudak led Progressive Conservatives.

The college is among the numerous institutions and groups that have benefitted from Brownell’s service. He lobbied on behalf of the college during his years as Member of Provincial Parliament for Stormont-Dundas-Charlottenburgh, helping to secure $5 million for renovations to the campus. Those renovations, completed in 2011, have transformed the college into a modern, aesthetically pleasing campus. May 19th marks the one year anniversary of Mr. Brownell’s Private members bill that passed to honour the British Home Children; one of the high points of his political career.

From Mr. Brownell exclusive to CFN:

“I am truly honoured and humbled by this award. It was always my pleasure to encourage and see my former students walk across the stage at St. Lawrence College to receive well-earned diplomas. I am humbled to think that this award is based on my community involvement, although this is something that I encouraged in my classroom.”

To read more about the Honourary  Diplomas bestowed visit the SLC web page.