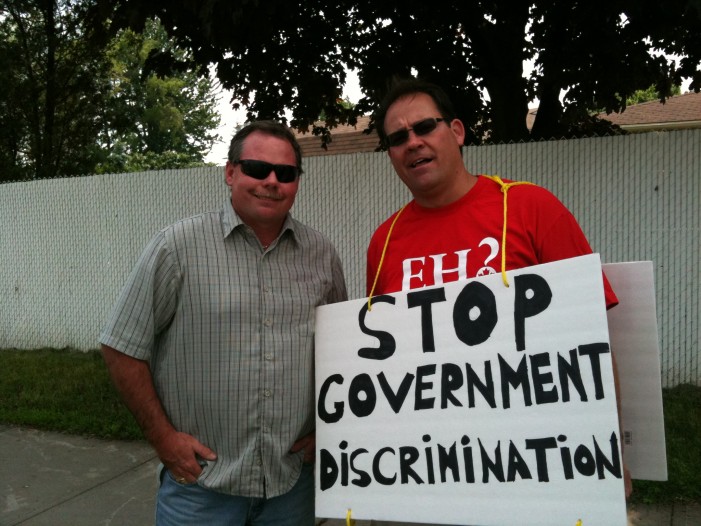 CFN – Being part of the CCH Bilingual Nurse protest is a bit like being the fat guy or gal in high college.   They get laid, but nobody wants to own it.    While Chris Cameron and his team get a lot of pats on the back and emails of support those same people don’t always  “publicly” show their support.

Comments about being worried for their jobs are the most prominent which is why they’re so happy with people like South Stormont Mayor Bryan McGillis popped up to the rally to show his support.

The second CCH Saturday rally was in sweltering heat.  I arrived early and did a walk and talk with some of the crowd.

No real progress has been made.  The hospital and most politicians are trying to ostrich their way through this controversial protest and subject.

One can feel a larger picture.  It’s a societal question of social engineering.    If we truly are all meant to be functioning at a high level of French to gain better employment or advancement in Ontario shouldn’t  our schools be turning out all graduating students with those skills?

Does it make any sense for parents to put their kids through a local college and have to send them away to gain employment?

From the protesters and those signing the petition it doesn’t look like these types of questions will be going away any time soon.

Cornwall Community Hospital Bilingual Nurse Protest Rally from May 26th – RAW HD VIDEO added by admin on May 30, 2012
View all posts by admin →