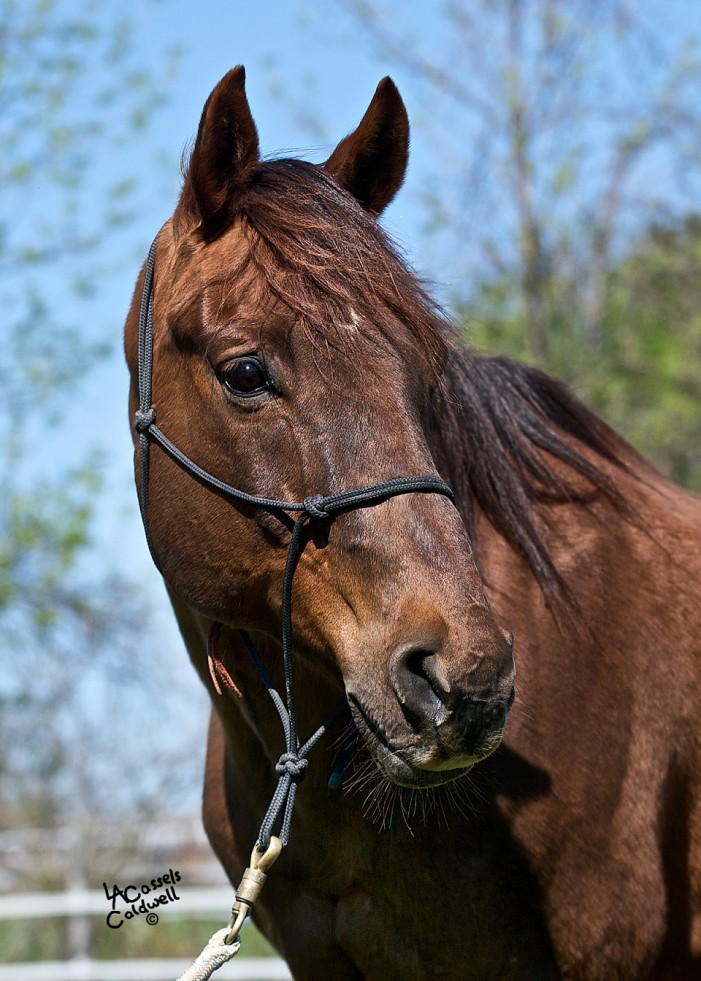 CFN –   This Column of “Spirits in Unity” is being published by CFN for the community of Stormont Dundas & Glengarry.
.
It is an honor to have you as a reader. I welcome any comments, questions or topics you would like me to discuss.  I hope you enjoy reading about the wonderful world of horses and the impact that natural horsemanship can have in making it a better world for both horses and humans.
A Reformed Horse Abuser
In North America today it is estimated that there are over 200,000 unwanted horses, many of whom are neglected or worse abused terribly.  Except for a very small minority of people who are just cruel by nature, most people care for their horses a great deal.  They try to do their best for their animals.
I know from first had experience though how easy it is to become an abuser, because I became one with my first horse, Shotgun.
After reading ‘Black Beauty” around the age of 8,  I was sure that my life’s goal would be to save all the mistreated horses in the world.  Little did I know that at the age of 50, with the purchase of my first horse I would become what I dreaded, a horse torturer.  How could this happen?
When I purchased my first horse, I knew nothing about horses, so I had to rely on people who claimed that they knew how to deal with horses.  All of these instructors were well meaning and were just passing on what they had been taught, but was what they learned true knowledge?
Now Shotgun was a handsome, appendixed quarter horse, whose manners left a lot to be desired and most people avoided him as much as possible.  He had a number of bad habits, one of which was a propency for biting his owner, or anyone else for that matter.    But he was a fantastic horse to ride and for me he was that special horse.
Every time I tried to saddle him, groom him he would turn and bite at any opportunity.  I was told to cure this by punching him in the nose with my fist.  But this only made things worse.
This went on for years, years I spent abusing him with my heavy hands on the bit, and numerous other habits I learned and I allowed myself to believe that this was the way it was supposed to be.  Now Shotgun tried his best to get the message across to me.  After numerous bruises, concussions, falls, kicks, bites etc. I just wasn’t getting the message.  So I am ashamed to admit that I continued to torture him for years.
.
It wasn’t until we purchased our own farm and eventually started taking on students of my own when a young girl came to our facility for lessons.  For some strange reason she selected Shotgun as the horse she wanted.  When everyone else had long since given up on Shotgun, this young girl seemed to be getting along quite well.  In fact she didn’t seem to be getting bitten and he was still leaving tattoos on various parts of my anatomy.
One day I observed her interacting with Shotgun and I noticed that she had slipped a couple of carrots in the top of each of her cowboy boots.  As I watched Shotgun go through his performance, she quickly drew out one of the carrots like a movie cowboy drawing his six gun in a head to head duel.  She gave him the carrot.  And every time he started to bite she repeated the procedure and soon he gave up and settled down.
My first reaction was that she had effectively taught him to bite everyone else except her because of the carrots. But I was wrong.
At the time I was studying the Parelli Natural Horsemanship Program and I wrote to Pat and Linda about my dilemma.  It was Linda that responded.  She told me that I was having a Savvy by-pass.  (a kind way of telling me I was an idiot).  She told me that the young girl was doing the exact right thing with her quick draw carrot six shooters.  She explained that Shotgun was playing a dominance game of who could bite more quickly, him or me (with my punching method) and my efforts had only made him better at the game.  But the carrots served to change his mind and make him stop and realize that the game had changed.  My young student had in fact interrupted the pattern of behavior by changing his mind set.  That young girl went on to have 8 more wonderful years with my old Shotgun who is now  retired at the age of 31.  She still brings him carrots and cares for him lovingly. He looks forward to her visits even though she has her own horse now. And he hasn’t tried to bite me for a long time either.
Pat and Linda Parelli put me on the path of true knowledge.  My relationships with all my horses has improved tremendously, and I am finally no longer torturing horses.
Next week “How Hurting Humans Help Hurting Horses”, the first in a series of Horsemanship-Humanship columns that will try to show how horses can also teach us a thing or two.
Whether you are just a horse lover, have dreams of owning a horse someday, or already have one, I hope my columns will give you a special insight into the true nature of horses. I hope that you will find them both informative and inspirational.
May your dreams come true
Garry “Horsetalker” Meek
www.droghedamanor.com
email:droghedamanor@gmail.com

Spirits in Unity Column 3 by Garry “Horsetalker” Meek – A Reformed Horse Abuser added by admin on June 24, 2012
View all posts by admin →