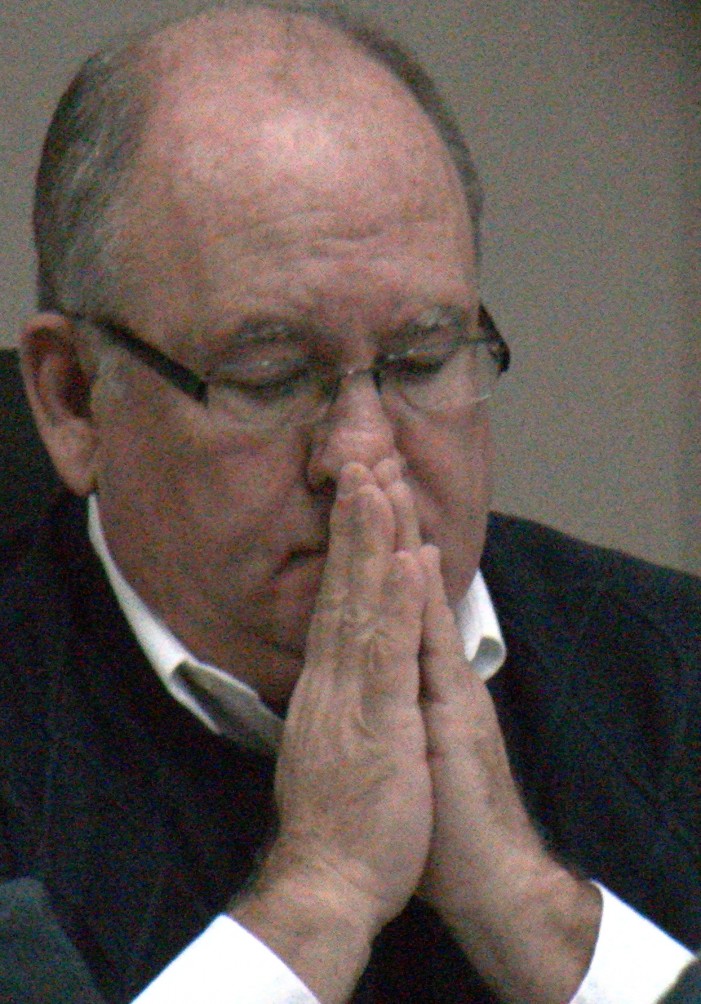 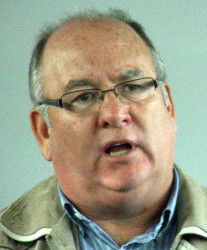 CFN –  Embattled CAO of Cornwall Ontario, Mr. Paul Fitzpatrick has decided to head out to pasture after 35 years in the City’s employ.

Sources at City Hall say that a series of envelopes delivered to City Hall motivated and inspired him that maybe it was time to go.

I spoke with Mayor Bob Kilger who stated:

I have mixed emotions.  We worked a long time together and I was hoping to work more together, but everyone has a right to decide their own future.   I wish him well.

The city issued the following release:

Mayor Bob Kilger announced today that Paul Fitzpatrick, long-standing Chief Administrative Officer (CAO) of the Corporation of the City of Cornwall, will be retiring. Mr. Fitzpatrick has served with the City of Cornwall for 28 years and as CAO since 2006. He has a total of 35 years of service in the government sector.  His retirement is effective January 31, 2013 and in the weeks ahead he will be helping the City with transition.

Mr. Fitzpatrick formerly led the City’s Economic Development Department for 15 years and also oversaw the City’s Parks & Recreation Department for 5 years prior to accepting the position of CAO. During his tenure with the City, he was integrally involved in a number of major projects that have shaped the City’s future, including the sale of Cornwall Electric and the creation of the Progress Fund; the construction of the Benson Centre; the expansion of the Cornwall Business Park that has led to the presence of SCM, Shoppers Drug Mart and most recently Target; and the ongoing expansion of the waste water treatment facility.

“I have been fortunate to work with a great team who have shared a common vision of making Cornwall a better place to live.  Together we have achieved a lot and I think there are even more exciting times ahead,” said Paul Fitzpatrick.

“On behalf of Council and the citizens of Cornwall, I want to thank him for his long and fruitful tenure of service,” said Mayor Kilger.

Mr. Fitzpatrick’s community involvement has not been restricted to City Hall. Over the years he has served on a number of community committees.   He currently serves as Chair of the Board of Governors of St. Lawrence College; is a member of the Board of Directors of the St. Joseph Continuing Care Centre and serves as the Chair of the Comprehensive Planning, Finance and Personnel Relations Committee with the SJCCC.

No official word on his replacement, but inside sources at City Hall suggest that the front runners to replace him are Planning and Parks & Recreation manager Stephen Alexander who sat in for Mr. Fitzpatrick during his “leave” and City CFO Maureen Adams.