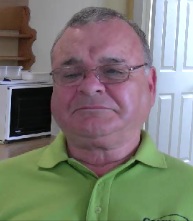 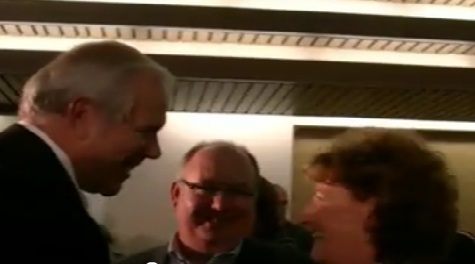 CFN – One thing I’ve learned living in Cornwall Ontario is to not push someone passed the line and that seems to have happened to long time City Councilor Andre Rivette who in an explosive video interview today in the offices of The Journal exposed the lack of transparency at City Hall and how it appears that heavy handed and uncaring management have led to distrust of the public and cost taxpayers literally millions of unneeded tax dollars wasted.

Andre is in a unique position in that he’s already stated that this is his last term and that he won’t be running again.

Something he suggests is why some of the younger councilors are not voicing out about some of what has gone on behind closed doors at City Hall.

In this video below Councilor Rivette talks about how council discussed the CAO’s retirement and that the Mayor’s office let loose the press release before coming back to council.

The straw that broke this councilor’s back seems to stem from the secret meeting we covered HERE.

Your email has been received and will be consulting legal counsel.

That was the reply Mr. Rivette received from City Clerk Denise Labelle Gelinas after he asked for a special meeting about the subject of Mr. Fitzpatrick’s retirement prior to a press release.  The opposite happened.   Mayor Kilger released news of Mr. Fitzpatrick’s retirement allegedly before going back to council.  Something that Mr. Rivette states several other councilors were also upset about although as of press time have not stepped forward.

In our next video discusses being accused by Mayor Bob Kilger of being “too honest with the public” something the mayor categorically stated via telephone today that he never said.

Transparency at City Hall is not a priority.

The good councilor said he will be standing tall at Monday night’s council meeting and calling for a recorded vote about these shenanigans.    As Andre said; “the buck stops at the top” and in this case the top is Mayor Kilger.

The taxpayer deserves a response..It’s time to stop these smoke bombs!

Councilor Rivette also stated that it’s time for the public to do their thing.   He suggested that if there was a petition with 5,000 signatures the province, possibly via our MPP would be forced to investigate the secret meetings and dealings that have occured that were so bizarre that one councilor has already quit in disgust and Councilor Rivette’s health has been put in jeopardy after being gang banged by the Mayor, CAO and council after granting us an interview earlier this year where he stated that the CAO had cost taxpayers over $1.4 million dollars.

In light of the retirement of the CAO a valid question has been asked why his terms were not released to the media after he made a point of having former HR Manager Robert Menagh’s terms of leaving fed to the media and public.    Some have suggested that a back deal has been made that will see Mr. Fitzpatrick sail off on Administrative leave after July thus having taxpayers essentially grant a six month paid leave as reward for costing the city over a million dollars in settlement fees and labour costs.

People have to be very vocal about making their municipal politicians responsible.

When I spoke with Mr. Fitzpatrick  at 4:45 today he said he had nothing to say to me and that he would not speak to CFN.  He said that I would have to speak with the Mayor for any issues including my asking him to respond to this story.   Can you imagine?  $186K per year plus and refusing to speak politely and professionally with the media? What do you think Cornwallites?   Should the CAO, Mayor, and those on Council supporting this Gong Show be held accountable?

Should councilors Thibault, Carr, Clement, MacDonald, Gardiner and possibly new comer Gerry Samson be held responsible by voters for sitting in silence or worse propping up the mayhem and dishonesty at City Hall?   Should councilors Grant, Dupelle, and Murphy be given free passes too as until this story they for the most part have remained in silent opposition?

Do you care enough to show up Monday July 9th at 7 PM and show your support for Councilor Rivette and accountability to return to City Hall?  Should people like the CAO be allowed to get pensions of nearly $115,000 per year after costing the city millions in a city where most of the residents, actual tax payers as opposed to Mr. Fitzpatrick who doesn’t even live in Cornwall, earn less than $30K per year??

Or the City Clerk retire to her pension with the proviso that she still wants to be the Quarterback of the next Municipal election after either being incompetent and not notifying the public of nearly a dozen secret meetings or even worse, purposefully not doing so because there simply is no teeth to the Municipal act?