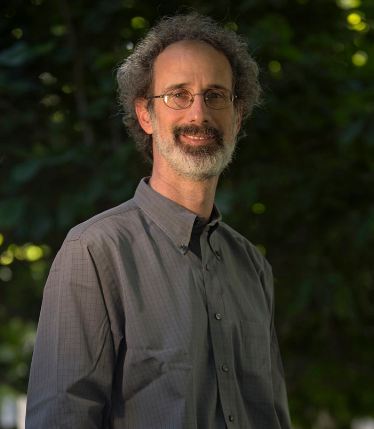 CFN – The Chicago based Heartland Institute made headlines earlier this year during the Denialgate scandal, when climate scientist Peter Gleick revealed its true agenda. Eight documents, seven of which were obtained by subterfuge, showed clearly that the Heartland Institute was one of the key PR companies paid to sew doubt about the facts of climate change and global warming.

Heartland’s immediate reaction to the revelations was as intense as it was ineffective. Had it chosen simply to ignore the publication of the documents, the chances are that almost no one would have noticed what they were up to, and they could have continued business as usual. Strangely, however, for a company that depends so heavily on the media to disseminate its product, Joe Bast, its president, immediately threatened to sue any journalist or organisation that dared publish the leaked documents.

In an effort to convince their clients and the public that the “2010 Heartland Climate Strategy” document was indeed a fake, Heartland hired Protek, “a Chicago area firm specializing in investigations and computer forensics services” to examine its computer systems for any evidence that the Climate Strategy Memo did actually originate at Heartland. Protek began its investigation on February 16, two days after the documents were made public.

Heartland and Protek released the full report on April 20, 2012. Very briefly, Protek found no evidence of the allegedly fake memo on any of the systems they examined, and the employees Protek “interrogated” also denied having written the memo.  They also found no evidence that this particular document had been emailed to Gleick, or anyone else. There is no reason to believe that Protek in any way conspired with the Heartland Institute to hide any evidence of the document – however, their final report leaves many more questions than answers.

It is reasonable to believe that no one at Heartland actually emailed this document – Gleick himself states that he received the document, as a hard copy, in the mail. It was only after receiving this document that he contacted Heartland, and, posing as a Heartland board member, persuaded them to email him the corroborating documents.

Protek, in its report, states that it examined the hard drives on 32 Heartland Chicago office workstations, plus 3 computers personally owned by Joe and Diane Bast. On none of these computers did they find any evidence of the allegedly fake memo.

All of this is fair enough, and it would appear at first glance that the memo was not written on a Heartland computer or workstation in Chicago. However, Protek’s search was extremely limited.

It is conceivable that a Heartland employee could have created the document on his/her home computer, perhaps using hard copies of the other documents for reference – again, there would be no trace of the memo on Heartland’s office system. It is also possible that the memo could have been written on a USB thumb drive, a CD-RW, a smart phone, at an Internet café or public library, or even (back to the Stone Age) on a typewriter.

In short, within the mandate of its search, Protek did not find any trace of the “2010 Heartland Climate Strategy” memo on the areas of the Heartland systems it was allowed to examine. However, all this proves is that, if the memo did originate from a Heartland employee, it was created on a system to which Protek did not have access.

This is much the same as allowing customs to search the back seat of your car for illegal contraband, but not allowing access to the trunk. It proves nothing.

A lie can travel around the world while the truth is still putting on its shoes. This was probably true in Mark Twain’s time, and is certainly true today. Joe Bast, President of the Heartland Institute, was quick off the mark:

The new report contradicts disgraced climate scientist Gleick’s claim to have received the memo from someone affiliated with The Heartland Institute and adds to a growing body of evidence pointing to Gleick’s guilt.

In actual fact, the Protek report backs up Gleick’s claim that he received the confidential memo in the mail. Gleick himself has never claimed to have received the memo from anyone at Heartland itself.

The Protek International forensic report is one more piece of evidence that Peter Gleick created the fake document with the intent of defaming us and the scientists we work with.

Absolutely not. The Protek report makes no claim whatsoever about who wrote the Climate Strategy memo. All it says is that Protek could find no trace of the report on the computer systems Heartland allowed them to examine. Conceivably, Gleick could have written the memo. Just as conceivably, the Basts, or one of their senior confidants, could have written the memo. Given that the memo was for a very limited audience (just some of the senior board members), and could thus cause dissension among the entire board, had the Basts or another senior board member written the memo, it would be essential to deny it, at whatever cost.

In a related story, the Pacific Institute has reinstated Peter Gleick as its President. Shortly after the publication of the Heartland Fakegate documents, Gleick admitted that he had obtained them by posing as a Heartland board member, and resigned from the institute.

According to a statement issued by the Pacific Institute’s Board of Directors:

Dr. Gleick has apologized publicly for his actions, which are not condoned by the Pacific Institute and run counter to the Institute’s policies and standard of ethics over its 25-year history. The Board of Directors accepts Dr. Gleick’s apology for his lapse in judgment. We look forward to his continuing in the Pacific Institute’s ongoing and vital mission to advance environmental protection, economic development, and social equity.

“I am glad to be back and thank everyone for continuing their important work at the Pacific Institute during my absence,” said Dr. Gleick in a statement. “I am returning with a renewed focus and dedication to the science and research that remain at the core of the Pacific Institute’s mission.”

Although the institute is not publishing the report clearing Gleick, it is likely that Gleick is not the author of the Climate Strategy memo, despite Heartland claims. There are several reasons for this.


It is possible that no one will ever know who exactly wrote the 2010 Climate Strategy memo. Given its content and accuracy, the author might well be someone high up in the Heartland Institute. The Protek report does not implicate Gleick in any way – nor does it prove in any way that the 2010 Heartland Climate Change Strategy memo is a fake.

Heartland Institute Gets Failing Grade on Climate Change Memo by Richard Komorowski added by admin on July 4, 2012
View all posts by admin →