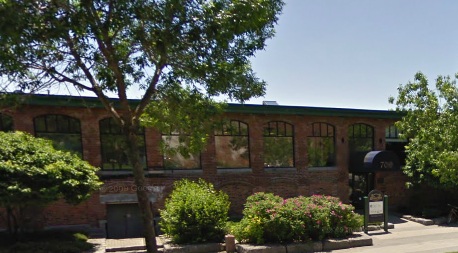 The financial crisis the Community Care Access Centre is currently experiencing was brought to the public’s attention in June of this year. The Champlain branch of the CCAC, responsible for providing health care and home care services to the Cornwall area, are doing their part to remedy the CCAC’s $1.47 million deficit by eliminating care provided to some elderly men and women in our community, reserving homecare for those who truly are in great need of assistance.

On Monday, July 9th 2012 a case manager from the CCAC was sent to assess my father; after the assessment she assured us that she could see his need for services and that she would fight to keep his services, insisting on further assessment by an occupational therapist to solidify his case. On Tuesday, July 10th I was informed that his services were to be discontinued, that he was deemed functional and not in need of any form of assistance.

The man deemed ‘functional and independent,” who, like many his age, fought for our country’s rights and freedom, was referred for homecare after being treated for a spinal fracture. Personal support workers were to visit daily to assist him in applying his back brace, which he is to wear during all waking hours as his osteoporosis would prevent the injury from healing. He is unable to apply the brace himself as a stroke a few years ago has severely impaired strength and range of motion in his right side.

The CCAC, whose mission is to provide assistance to the elderly in order to allow them to stay in their own homes and maintain a certain level of independence, decided that the tiny bit of assistance required to maintain this man’s independence is not necessary. The irony is that the homecare is to be reserved for the chronically ill and bedridden, yet eliminating this service would render this man bedridden. Evidently the CCAC would rather spend countless dollars providing round-the-clock care to my bedridden father rather than allow him the one hour daily to allow him to maintain his quality of life.

The June 1st 2012 article regarding the CCAC’s financial difficulties stated that they are reserving services for high-risk seniors who “have between three and five chronic illnesses as well as dementia,” yet they have just denied service to an individual who meets these criteria. This is an outrage, and simply unacceptable.

It is appalling to me that they have chosen to cut off service to individuals who require this care yet they post dozens of job ads recruiting staff for the CCAC. Perhaps they could slow unnecessary hiring instead of debilitating countless Cornwall citizens. In light of the recent issues regarding bilingualism in the health care field, and the very French caseworker sent to assess my father, I can’t help but wonder if the end result would have been different had my father responded to the caseworker in French instead of English. The injustices resulting from these issues suggest that he would have stood a better chance of keeping his services had he been as French as his caseworker.

My goal in writing this letter is not simply an attempt to regain my father’s homecare, but to inform the community that the CCAC caseworkers will prey on those whose families do not fight for them.

Letter to the Editor – Bonnie Paulin of Cornwall Ontario on Erosion of Service at Cornwall Community Care Access Centre added by admin on July 11, 2012
View all posts by admin →