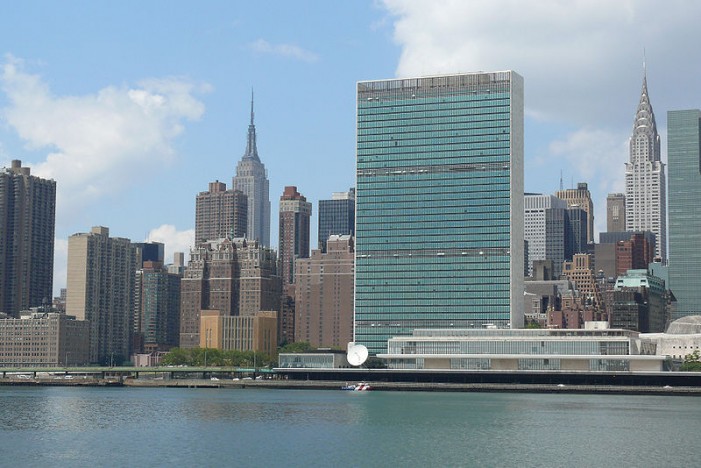 CFN – Cory Cameron wrote a letter to the UN over language rights in Canada.  We have graciously agreed to reprint his letter.  You can post your thoughts and comments below.

I am writing to you today to express my deepest concern of a subject that impacts all Canadians on a daily basis. I speak of the issue of ‘Official Bilingualism’. Over the course of the last few decades, Canadians have experienced what bilingualism has come to encompass. Originally, the Official Languages Act (OLA) and the French Languages Services Act (FLSA) were Canadian laws designed in mind to bring about the equalization of both the English and French languages; especially in regards to providing government services in Canada in both official languages.

What has transpired since the formation of ‘Official Bilingualism’ is nothing short of French Canadian elitism in all things government; especially in regards to seeking out employment in both the provincial and federal governments. Unfortunately, the very laws that were created to permit Canada’s two official languages to equalize has instead allowed the French language to surpass English in both importance and weight. Whenever applying for a career in the civil service, all education, experience and other merits don’t matter so long as one has the ability to communicate at an advanced level in French. I would like to know why knowledge of a second language supersedes that of merit when applying for jobs.

I attended French Immersion schooling and took courses all throughout my secondary and post-secondary studies in both the English and French languages. And still, to this day, I am not considered fully bilingual and therefore do not qualify whenever applying for jobs in the civil service. This difficulty has been exacerbated by the fact that increasing numbers of private sector jobs are also asking for bilingual applicants.

There is an ever growing concern about this issue of ‘Official Bilingualism’ nationwide. As of late, there have been protests and court cases in Cornwall, Ontario, Moncton, New Brunswick and most recently in Russel Township. Canadians all over the country are now questioning the cost versus benefit of this ‘Official Bilingualism’ policy. Canadian Newspapers and blogs are buzzing with the idea of scrapping the program altogether. For instance, many are inquiring to know why minority languages other than French are not being financially supported to the tune of billions of dollars each year; much like the French language is. And too, many citizens are supporting the idea that instead of spending the money traditionally earmarked for bilingualism, in its place it has been recommended to spend these billions on issues affecting us all such as improving our crumbling infrastructure. Why not pave or fix many of our Northern highways? Might this funding be better spent on increasing our social services? How about using some of this funding to build more not-for-profit housing to combat the housing shortage in this area? Moreover, how about using the money for feeding the hungry? These ideas are but a portion of some that I’ve come across in examining the issue of ‘Official Bilingualism’.

There is a more frightening, perhaps even sinister offshoot of this issue of ‘Official Bilingualism’. Apart from unfair hiring practices, we are seeing a gradual shift towards more, Quebec-like provincial politics in the province of Ontario. There are those of us who are concerned that perhaps one day Anglophones in Ontario will be treated much the same way they are currently treated in Quebec; jobs notwithstanding as an issue.

As evidenced by the following resulting directly from Bill 101 in Quebec:

Other Charter provisions, though, deeply alienated English-speaking Quebecers[citation needed]. The Charter cut off access to English schools to all but children who had a parent who had received their education in English in Quebec. The Charter also eliminated the Constitutional guarantee to English legal proceedings, eliminated English translations of Quebec laws, and banned the use of languages other than French from commercial signs. The law has therefore polarized Quebec along linguistic lines to this day. (Taken from http://en.wikipedia.org/wiki/English-speaking_Quebecer)

The result of said Bill was the following:

Young highly educated anglophones, despite high rates of bilingualism[citation needed] and increased contact and openness to francophones, cite limited economic prospects caused by perceived linguistic discrimination and an unsatisfactory political climate as the major factors in their departure. By 2001, 50% of mother-tongue anglophones had left the province. (Taken from http://en.wikipedia.org/wiki/English-speaking_Quebecer)

I already know of many friends who have left their hometowns due to this issue of not meeting the requirements of ‘Official Bilingualism’ and looking for work elsewhere. How many more of our young people will take part in this mass exodus?

I have already sent this letter to both my Canadian Member of Parliament (M.P) and Member of Provincial Parliament (M.P.P) offices as well as a letter to the Prime Minister’s Office. As of today’s date, July 23, 2012, I have only received a response from the Prime Minister’s Office acknowledging receipt of my letter and have been informed that my concerns have been sent to the Minister of Canadian Heritage and Official Languages, The Honourable James Moore.

As an interesting aside, a few months ago, two Canadian organizations named Canadians for Language Fairness (CLF) and Language Fairness for All (LFA) held a demonstration in Chesterville, Ontario protesting this issue of ‘Official Bilingualism’ in Canada. In attendance at this protest were both Guy Lauzon, Member or Provincial Parliament for Stormont, Dundas and Glengarry as well as the Minister of Canadian Heritage and Official Languages, The Honourable James Moore. Both the CLF and LFA have asked to meet with James Moore a total of 3 consecutive times and have been postponed and shunned each time. So, what has transpired, and is evidenced by these actions, are that private citizenry and organizations in Canada are being ignored by all levels of government on this issue of ‘Official Bilingualism’.

I am requesting today that the United Nations look into this matter as I believe that Canadian politicians are largely ignoring this issue. Hundreds of us have already written to our elected representatives and have asked to have this policy of ‘Official Bilingualism’ looked into. How many more times and how many more people must we solicit in order to elicit a response?