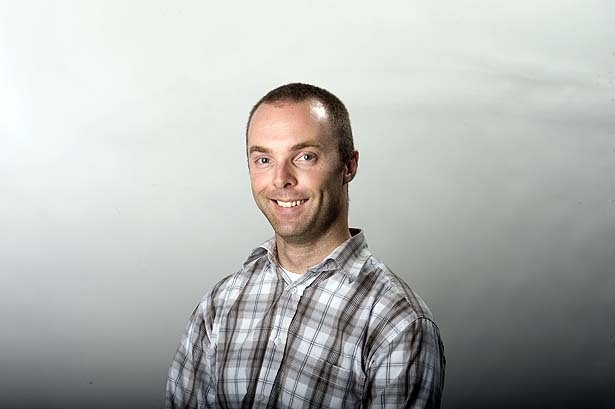 “You can easily judge the character of a man by how he treats those who can do nothing for him.”

Alaskan Airlines is trying to climb out of a hole dug when their employees didn’t provide extra assistance to a man with Parkinson’s Disease.  The public backlash is as significant as it was predictable.  The airline issued an apology and has taken steps to atone for the error, but this incident comes with a caveat; some have suggested it was really up to the customer in question to self-identify.

There’s merit to this argument; if you’ve got a severe food allergy or other dietary restriction, it’s not really fair to assume a restaurant will intuit what you can or can’t eat.   If you’re booking a seat on a plane and you’re wheelchair bound, you want to let your customer service representative know in advance so they can provide assistance.  On the other hand, good customer service is about identifying the needs of your customer and adding the extra bit of value.  Many restaurants now actively promote special menus and good customer service reps will ask leading questions about their customers’ special needs.  Washrooms and public transit vehicles now proactively accommodate the mobility challenged; when we each go the extra mile and take that extra measure of situational ownership, we ensure the best experience for everyone.

This week, I had a Twitter back-and-forth with Susanna Kelley, Editor-in-Chief/Queen’s Park Bureau Chief for ontarionewswatch.com about cyclists, drivers and road safety in Toronto.  Far too many cyclists do whip through traffic like it’s a video game, without thought as to how others might respond to their behaviour.  Of course, the same applies to drivers and pedestrians, too.  With everyone engrossed in their cellphone, their iProduct or just in a rush, little or no focus is being given to the people around us or the consequences of our actions; we’re abdicating collective responsibility.  I know all too well the impact this selfish approach can have – in March of this year, a negligent driver slammed into me with his SUV while doing a left-hand turn at an intersection.  I had the right of way but made the mistake of looking right for a bus I wanted to catch instead of left to see the oncoming vehicle.  More than four months later, I’m still recuperating.

Then, there’s Adam Carroll.  If you don’t know the name, Carroll is the Liberal Party of Canada staffer who was behind #Vikileaks, a personal attack on Vic Toews, Canada’s Minister of Public Safety, over his “lawful access” online safety Bill.  When it came to light that it was a Liberal staffer behind this smear campaign, the man was fired and the Liberal’s interim leader, Bob Rae, gave a heartfelt and public apology to Toews.  Alas, it’s recently been revealed that Adam Carroll is now back on the Liberal payroll, bringing in to question the sincerity of the original apology and once again raising the question of whether Carroll acted alone.  Add this to the growing list of scandals perpetrated by a Conservative government that believes “a political truth can sometimes be different” (orange juice, anyone?) or an NDP opposition that takes different positions depending on their audience and there’s no need to question why there is so much cynicism in Canadian politics.

Politics, of course, isn’t about doing what’s right – it’s about doing what it takes to get ahead.  The public might decry attack ads, but they will continue to be used because they’re effective.  It might frustrate us when partisan groups get the gravy and friends of politicians get appointments, but if we’re not voting, not donating and not engaging in the political process, what else can we really expect?  Sir John A. MacDonald used to say “Give me better wood and I will make you a better cabinet” – we can only expect our democracy to represent our interests when we actively participate in the process.  But then again, when politicians of all stripes regularly ignore the public trust, how can we possibly expect contributions to have an impact?    It’s a chicken and omelette kind of thing.

When we stick within a selfish, reactive frame of behaviour, we are ignoring Newton’s Third Law of Motion – for every action, there is an equal and opposite reaction.  When political operatives behave inconsiderately, the electorate tunes out.  That might work for them in the short term, but eventually, your voting base gets eroded and your access to fresh policy ideas diminishes.  The same holds true for business – if you don’t value your customer, you lose them.  You can keep cutting costs to reduce the internal impact of those losses, but if you want to survive in the long run you constantly need to bring new value to the table.

The reverse is true, too – inaction breeds inaction.  If you don’t represent your interests to politicians, business or even friends and families, you can’t force them to read your mind.  The only way to guarantee action on your behalf is to be proactive about it.  That’s easier said than done, though; when everyone is pursuing their individual interests independently, you end up with gridlock.  When some people are better or more forceful at communicating, their needs are given more attention than those of others (which is a big factor in why there is still crippling poverty in this country and around the world).  Like the Red Queen of Wonderland, we’re all running as fast as we can to stay in the same place; only a tiny fraction will get ahead and most will fall behind.

Despite what the Ayn Rands of the world might try to convince us, “each to his own” doesn’t work; it simply creates tragedies of the commons.  The real way to get ahead is by adding value to your personal, professional and political relationships.  Whether this takes the form of extra emphasis on knowing your customer’s needs and wants to serve them better, political outreach and public consultations or even just listening to friends instead of talking to them, you can only get out of life what you’re willing to put in.

Like it or not, society is a collective enterprise; we all drive on the same roads and use the same public services, much as we all inhabit the same planet and breathe the same air.  Yes, there are basic freedoms we must have to achieve and contribute our personal maximum, but the flipside of those rights is responsibility.  Gun ownership provides a great example – if everyone packs heat, there really aren’t any civilians.  So long as we are sharing the same space and using the same resources, we have to balance access with respect for the rights of others.  That way, we can engender the same in return.  After all, altruism is really selfishness that plans ahead.

The Politics of Responsibility by Craig Carter Edwards – From Alaskan Airlines to Adam Carroll added by admin on August 10, 2012
View all posts by admin →