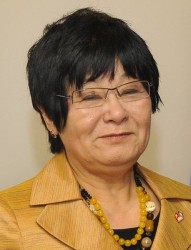 CFN – It has been reported that then minister for CIDA, Bev Oda, was charged a penalty fee of $250 US in 2010 for smoking in her hotel room in Washington. Rather than pay this penalty herself it is reported that she inexcusably expensed the penalty amount to her department. In other words we the taxpayer paid this penalty fee. It certainly explains why she switched hotels in London to one that allowed smoking.  I know Oda eventually repaid this amount when her expenses came under review, a review I expect that was ordered by PMO, but seriously folks how on earth was the minister allowed to claim this expense in the first place? What the hell is going on over there? Not only was that expense outrageous, but it added to a long string of poor behavior, all of which was carried out at the taxpayers’ expense. Ministers are supposed to set an example, they are supposed to lead by example.  I had to deal with a couple of Bev’s previous indiscretions involving the use of limousines and it always shocked me that a minister couldn’t see that this was wrong.

Ministers don’t act alone. They have staff to both offer advice and at the same time protect them from follies such as this one.  Ministerial staff serve as a check on a minister. Ministerial expense forms should at the very least be reviewed and be signed off by the Chief of Staff. In many cases there will be another assistant who reviews them once they are handed in and processes them for the Chief of Staff.  Didn’t anyone question this expense claim? Didn’t anyone question her other limousine and hotel expenses?

I can remember when we went after David Dingwall for expensing a package of gum. Remember our slogan “entitled to their entitlements?”  Well expensing your smoking penalty ranks right up there with that one.

The Conservatives will have a problem if their Chief of Staffs are either too weak or too inexperienced to sit down with their minister and read them the riot act. You don’t want “yes men” in that position. You want experienced staffers who are not afraid to go head to head with a minister on an issue or on their travel expenses, or on an inappropriate expense claim such as this one.

No minister is perfect. Minister’s make mistakes, many of them unknowingly. These mistakes are the food that opposition parties feed on and invariably they become the subject of Question Period attacks.  When these type of issues surface the government is left with a black eye. Considering Oda’s previous issues with her expense claims one would think they would be scrutinized carefully. Who was taking care of business and going through her expense claims before they were submitted to the department?

Smoking in your hotel room and then charging the penalty fee to the taxpayer! It does leave one shaking their head in amazement at the stupidity you come across in politics.

View From the Hill by Keith Beardsley – Puff Puff Bev Oda Stiffs Taxpayers for Smoking in Room Penalty added by admin on September 9, 2012
View all posts by admin →