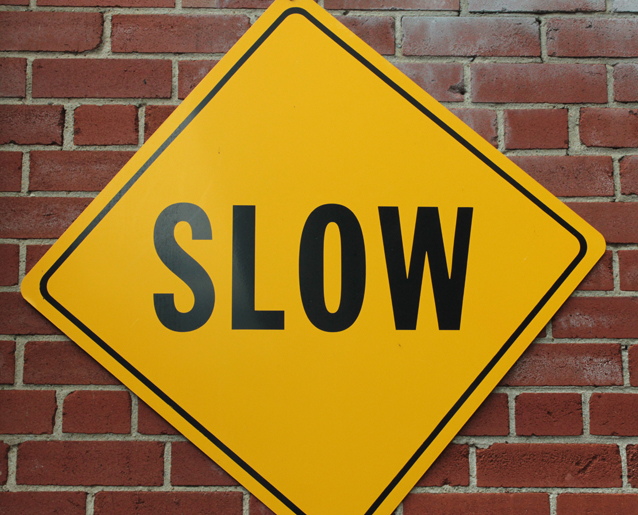 If bilingualism zealots get their way, this sign in a downtown Cornwall parking lot could soon become illegal! 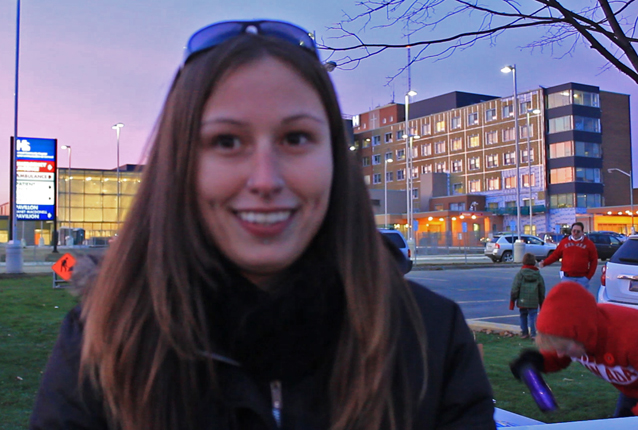 Heather Villeneuve told CFN that she's "absolutely flabbergasted" over the amount of support she's been receiving since she and South Stormont Mayor Bryan McGillis were interviewed by CFN two weeks ago.

CFN – Language Fairness for All held a rally in front of the Cornwall Community Hospital this afternoon in support of Heather Villeneuve, the medical lab tech who claims that she can’t get a job at CCH due to oppressive bilingual language requirements, as per CFN’s recent report.

Heather finds herself pumping gas for a living rather than working in the job for which she is trained – a job that would allow her to pay off her college debt. She explained that hospital Lab Technicians have minimal contact with the public, yet she is denied the opportunity to work at the Cornwall Community Hospital because she isn’t high level French qualified. But, then again, that can likely be said of the vast majority of Cornwallites who claim to speak French.

So why does the hospital throw that barrier in front of Anglophones and other non-Francophones?? Why do applicants whose first language is not French have to acquire a level of proficiency in French which far surpasses that of the people whom they seek to serve? Can Helene Periard, Jeanette Despatie, Jean Lecompte or anyone else provide a believable answer to the question?

She “didn’t realize how much trouble the entire community was having with this issue … we need to make everyone aware of the discrimination that’s happening here.”

In our video clip viewers will hear Villeneuve speak of a plight she shares with a rapidly increasing number of working people here in Ontario, and spreading across the country, that of finding no fairness in language laws and other policies which, according to language rights activists like Howard Galganov, infringe upon the rights of us all. LFA spokesman, Chris Cameron, also spoke to us on camera. He reports having received complaints from area business people who are allegedly being pressured by local politicians and City employees to replace their unilingual English commercial signage with, you guessed it, “bilingual” signs.

It makes no matter whether or not the business owner and staff can speak English and French, as would be implied by the displaying of such signs. Can you imagine how many thousands of signs there are in Cornwall alone that would have to be tossed out and replaced with bilingual signs, and at what cost, and for what purpose! Remember, we’re talking any sign that isn’t 50/50 English/French. Under these oppressive sign bylaws (which Cornwall hasn’t OFFICIALLY adopted yet), all-French, all-English, all-any other language of your choice signage would have to go – even if the business’ customers speak neither English nor French! Hello!

Cameron ended his presentation with an appeal for everyone to stand up for the inalienable right of Canadians to freedom of speech, a right that is supposed to be guaranteed by the Canadian Charter of Rights and Freedoms, a right which at least one judge has gone on record as saying can be over-ruled. He invites everyone to attend the 7 p.m. November 13th meeting of the South Glengarry Township Council where Howard Galganov will make an appeal that the Council adopt a Resolution, similar to the recent Bylaw of South Stormont, agreeing NEVER to trample on the right of Canadian’s to express themselves in the language of their choice. Click here for more info.

Please post your comments below. Remember, you can give a thumbs up/down to this article as well as to any comment.