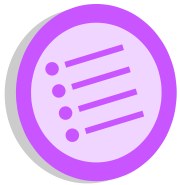 It was with a feeling of Deja-vu that I read the front page article in Tuesday’s Ottawa SUN News about the 96 year old woman who had to deal with Services Ontario to replace her lost health card.
.
A few years ago a similar horror story unfolded in Cornwall, Ontario at the bureau of Ontario Services with my elderly 87 year old aunt.
.
This one was not over her photo, as she had her Quebec health card with her picture, however she had moved from Montreal to live in Cornwall after she had a stroke and this left her with a condition called aphasia, or the inability to communicate by speech. As such I was given power of attorney and became her ‘voice’.
.
When she moved from Montreal, she stayed for about 6 months at my sister’s home in Cornwall till she was accepted in an elderly, self caring facility, as her only problem was her inability to talk.
.
After waiting the eligibality period where she was to change her Quebec health card for her Ontario health card, I took her to the Ontario Services office to obtain her card.
.
We went there with her citizenship card, her Quebec health card and other documents but were told to come back with the documents required ON THEIR LIST. You see, she was ‘missing’ a document that showed her address, like a Hydro, Phone or Bank Statement where she was now residing at my sister’s home.
.
I told the clerk that she had no such document as she paid no utilities and the bank does not sent her a statement as her bank book is all that they usually provide for elderly people.
.
So, I went with my aunt to the bank and the manager there thought that ‘Services Ontario’ request was ridiculous in there demands so she made a print out of my aunt’s account, put on the bank stamp and provided her business card so the moron’s at Services Ontario would contact her to verify that her address was registered with the bank as being at my sisters’s home. If that was not enough, they mailed my aunt a letter of bank information to my sister’s address (addressed to my aunt), but this was not a ‘statement’ as she never received any in the first place or would under the banks arrangements with senior citizens.
.
So, going back a second time the clerks once again rejected her proof of address and ‘scolded’ me telling me they only accepted the documents on their list as proof.
.
So, there is a formal complaint procedure and I mailed the director of Services Ontario to complain about their obstinate insistence on only accepting documentation from their “LIST’ without using common sense and decency when dealing with elderly people. He called me back after receiving my mail and instead of using decency and common sense himself, defended the actions of the clerks in Cornwall, but insisted that they were ‘flexible’ in making decisions for themselves. I was quite upset with him and asked where was both the flexibility of the clerks or even his own attitude in stating that the only documentation accepted were the documents on their list. He did not answer that. He also told me that their ‘diligence’ was to prevent Health Care fraud. I just had to laugh in his face as how would issuing a photo card with my 87 year old aunt’s picture possibly be used by someone else.
.
This issue was not resolved till my aunt received her income tax return, many months later with my sister’s address.
I could have kicked the clerk in her butt as she rudely told me “You see, how easy it is when you bring in the correct documents”! Swear to God, that’s exactly what she told me. But, I said nothing and after a third try my aunt finally got her Ontario Health Card.
.
Just a note that in either the case of the 96 year old or my 87 year old aunt, neither would have been deprived of urgent or necessary health care, however it seems that our provincial bureaucracy needs a swift kick in the pants for their rudeness, obstinacies and lack of using a little common sense and human decency in dealing with all people, especially the elderly.
.
While being three times at the Services Office, I witnessed many people being turned away for lack of ‘proper documentation’. I somehow feel that in duplicating or triplicating citizen’s visits that they were providing job security and a life long career for themselves.
.
This has got to be cleaned up. Shame on the Cornwall Services branch and their regional directors.
.
Thanks for publishing your front page article. They need more published to shame their arrogance and stupidity.
Dave G White
Monkland, Ontario

Dave White of Monkland is Unhappy With Service Ontario Senior’s Procedures – November 16, 2012 added by admin on November 15, 2012
View all posts by admin →