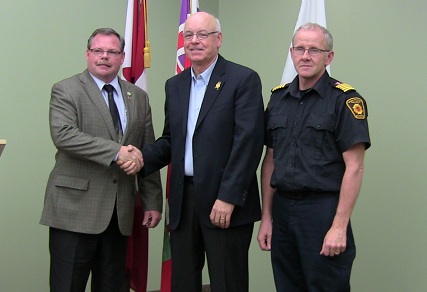 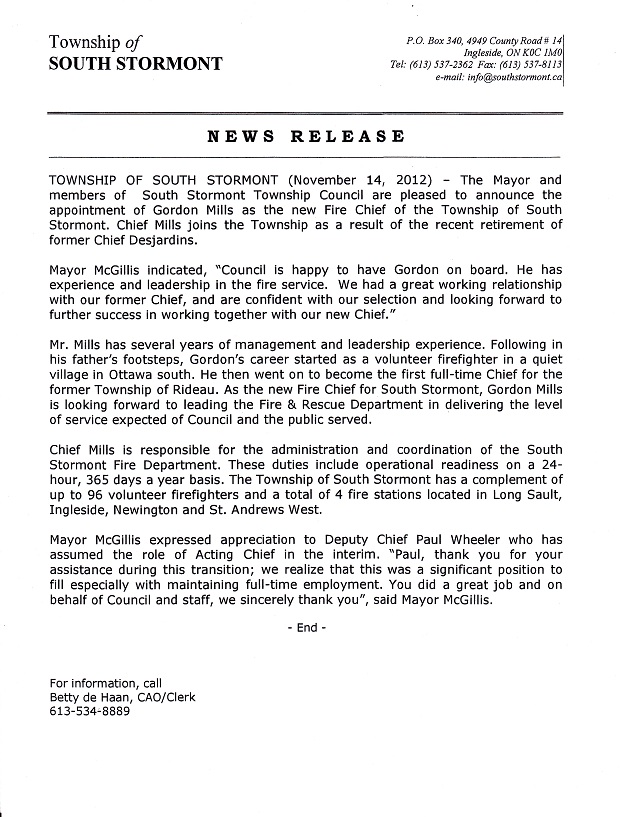 Last night at the South Stormont Town Council meeting Mayor Bryan Mcgillis announced the appointment of a new Fire Chief for the township, Gordon Mills. Chief Mills replaces the retired Fire Chief Roger Desjardins. Deputy Chief Paul Wheeler has been filling in as acting Chief until a replacement was identified.

The following is a news release issued by the Township of South Stormont concerning the appointment of the new Fire Chief. Let’s all hope that Fire Chief Mills is not busy in his new job.