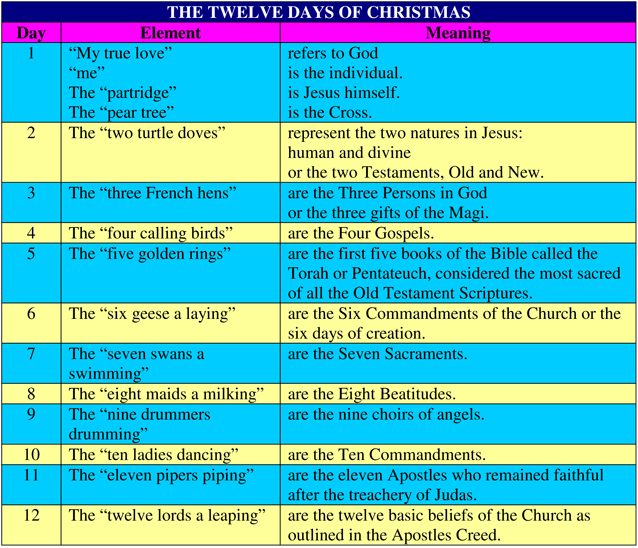 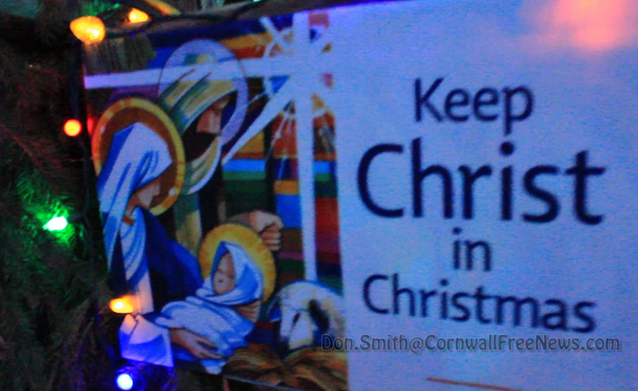 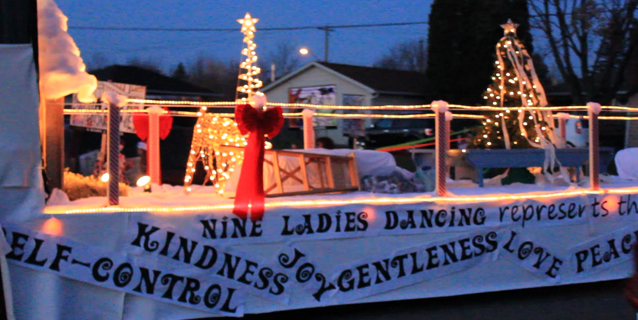 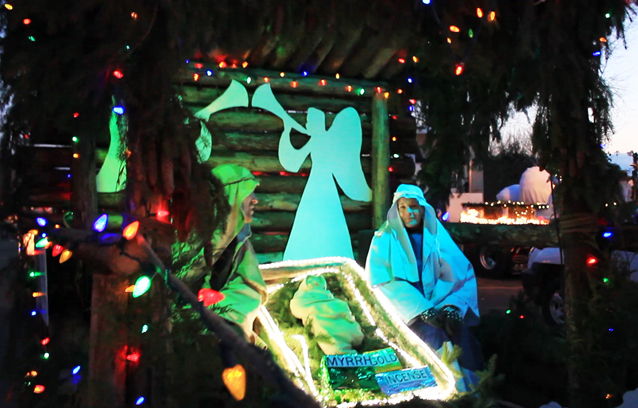 CFN – For a variety of reasons, this scribbler hasn’t attended a “Santa Claus Parade” in a number of years. I was, however, blessed to have the opportunity to interact with some of this year’s parade participants and organizers as they assembled at Cornwall’s St. Lawrence Intermediate School in preparation for Saturday’s 5 p.m. parade launch. The theme of this year’s parade was The Twelve Days of Christmas; each float had to depict one of the Twelve Days in some creative fashion. I caught up with Denis, a young family man, as he carefully tended to final touches on the float that he and a dozen others worked on from 5 p.m. until 1 a.m. the day prior. Denis drives truck for a living and offered his time and service to assemble and pilot the float for Skate Cornwall. While I shot some footage we chatted about his move to Cornwall three years ago, the fact that he recognizes the need for volunteers to make a community really thrive and how important it is to keep Christ and family at the centre of our annual Christmas festivities.

Please check out our short video clip below.

The Skate Cornwall float featured a Nativity Scene (birth of Jesus) silhouetted in wood with nine young dancers, each representing one of the nine Fruits of the Holy Spirit from The Twelve Days of Christmas song.

Some may recall that historically the song was used as a catechetical device to teach key aspects of the Christian faith, especially during times of Christian persecution when it became necessary to use symbols to shield the reality from enemies of the Church. This much-loved traditional folk song has endured an assortment of variations since the mid 1800s. One such variant specifies a slightly different ordering of the ninth through twelfth days: 12 Drummers Drumming, 11 Pipers Piping, 10 Lords-a-Leaping, 9 Ladies Dancing. This seems to be the version drawn upon by Skate Cornwall with their nine dancing ladies representing the Nine Fruits of the Holy Spirit (visible attributes of a true Christian life).

Another of the floats which caught my eye was the Wesleyan Church’s Creation Science exhibit. The Knights of Columbus from St. Andrews Parish also really nailed it with their Living Nativity scene.

I tip my hat to the Service Club Council’s parade committee, co-chaired by Peter Morgan and Terry Muir, as well as to the participants who truly embraced and portrayed the real spirit of Christmas. Kudos also to Branch 297 of the Royal Canadian Legion for providing a hot snack after the parade.