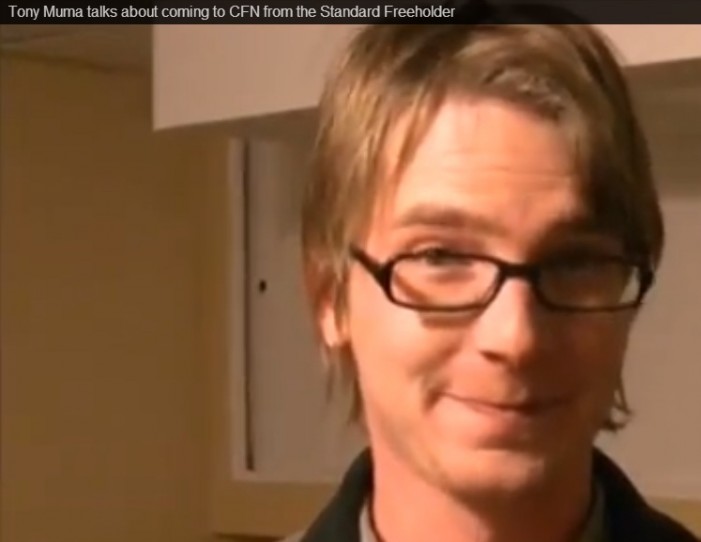 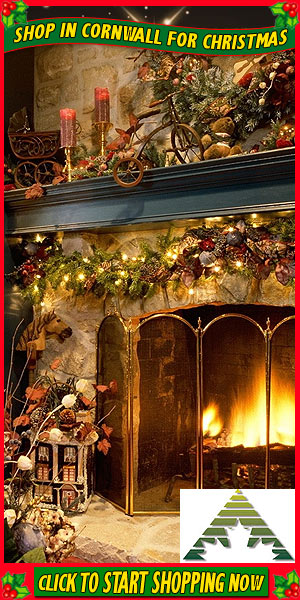 CFN –  So I was standing in the Port Theatre fighting off a case of Agoraphobia; ie fear of crowds and confinement.

It was a sold out house.     What was special about that moment other than the buzz was that this was something that in its own special Cornwall way came together because people in the community came together.

It wasn’t magical or perfect, but it was example that it for the most part could happen.   Were there blips; sure, like one of the media sponsors playing the fool and not showing the whole poster for the event and cutting off some of the other sponsors.

But over all it showed that if people really pull together great stuff can happen.  Watching the make up of the crowd and talking to them really was interesting.

I’m not sure what the future of the Port is.  I do know I’d like to see it stay standing and stay as a theatre.    These musical events are awesome and can help keep the Port a part of the community; but it needs a lot of love and support still to be saved.

And it was a great cap to a freaky week or weirdness, madness ,and oatmeal cookies.

It was also a lesson, and I’m hoping not just for me, of the impact of words, deeds, and actions.

A week or so ago I had some fun with my yearly April Fools jokes for the clique and dumb people with comprehension or reading difficulties.    It was a blast  and one gentleman who’d never met me took it upon himself to take a shot at me on Facebook.

Now I’m used to taking shots.  I never take them personally; but as was explained to me once:

If you throw a lump of pooh into someone’s yard don’t be upset if they throw it back, and they just might throw harder and have better aim.

People, or at least some people don’t get that I don’t “Take Shots” at people.   There are no innocent victims at the hands of my keyboard.

So when this fine young man took his shot I took mine back and having some wit and talent it was a beauty.    So much so that people facebooked me that this young man was hunting for me so he could “punch me out”.

So at the Port this young man and another fine woman cornered me at the Port.    But what could have been ugly turned out to be kind of awesome.

After some general nastiness I realized and congratulated both of them for doing something so few truly do in this world and that’s to stand up for someone they care about.   Now the fact that who they were standing up for is NO FREAKING ANGEL should have some bearing on the picture.   And of course if handsome hadn’t taken a cheap shot out of the blue at me there’d be no barb coming his way.

In other words if you pick a fight how can you complain about being smacked?

But it was awesome that we could actually shake hands at the end and the funniest part is that the person they were defending had the best come back.  She may not be the nicest person and when she tries to run for council I will be there with story ready, but her retort was awesome.

Words can be far more damaging than stones; even bullets in some ways…. but they also echo and ring in all corners; not just on Facebook or in News stories.   Those secret murmurings at parties, and board meetings, quiet nods, spreading lies; well those count.   The damage they do can hurt far more than a clever spit of a line.

I’m not sure why some people have to behave that way.  It really is better to be part of something awesome than not.   And sometimes we can work with people we aren’t besties with and not have any adverse reaction.

Sadly the nasties have a much slower learning curve than most civilians….

This week for the second time we were given an interesting offer to move to another city.   No, not from someone in Cornwall just wanting to get rid of CFN, but  another city recognizing that what was created here is something very special and something I share credit with all of our CFN viewers and sponsors.   CFN is not a one man show.  It’s thousands of people giving everyone connected a chance to be part of it.

Our mission statement and vision will be published this week end and I hope some of you email me at jamie@cornwallfreenews.com and let me know what you think.

It’s just odd that it looks like we may be the largest online newspaper in all of Canada and be in a city where a corrupt mayor and some of his friends are trying to suffocate the life out of us instead of allowing us the resources to grow and really rock?

Part of me would love to move in a sense that my stress levels and 100 hour work weeks would be addressed.  After all I’m not a kid anymore and the constant wear and tear isn’t healthy.   Nor is it much fun to see the lies spread about myself and CFN and the way the clique operates here….

But then nothing good is ever easy   🙂   A lesson I was taught at a very young age.

And money isn’t everything.   Respect; good friends, family, and being able to sleep with a clean conscious is much more valuable to me anyways than an extra zero or two in the bank balance.

No, CFN isn’t going anywhere.  As a matter of fact I’m excited to have one of the best journalists in Cornwall joining the CFN family! Tony Muma, one of the Free Holders best writers if not their best sadly was one of the cuts felt locally when Quebecor did their National chop.  The Free Holder also lost their publisher Milton Ellis.

Being last man in means first one fired sadly and Quebecor’s loss is CFN’s gain.   It means that a 27 year old professional gets to stay in Cornwall and work in the field that he chose albeit with some huge challenges.

Tony is an interesting reflection of journalism today in that he’s lost two jobs and neither time had anything to do with the awesome quality of his work.

He’s excited about the new role he’ll be playing in this industry too, and the jump from going to the number two ranked media in this city to number one and all the perks that come with that.

You’ll be reading and hearing more about Tony when he starts with us officially.  In the meanwhile if you see him in Cornwall say hi!

It never ends here at CFN – a new adventure every day.   Thanks to all that give me that opportunity to serve you whether it be one of our viewers or sponsors.

And sponsorship being mentioned we will be rolling out our Shop in Cornwall for Christmas Program! You’ll be seeing these banners all over CFN next week and thanks to our sponsor, CommunityFutures of SD&G, Cornwall area advertisers will be able to purchase a full page ad on CFN for a drastically reduced price.   Small business needs all the help it can get and by working together we can help promote and build our community.    CFN is glad to contribute and be a part of that Christmas cheer and success!   When you see one of those banners all you have to do is click on it and see some very special local businesses  & Services!

For more info about our Shop in Cornwall for Christmas program or advertising in general call our CFN hotline at 613 361 1755 or email us at info@cornwallfreenews.com

Freaky Friday, Words Can Sting, Shop in Cornwall for Christmas, Freeholders Tony Muma to Join CFN, & other musings. added by admin on November 24, 2012
View all posts by admin →

20 Responses to "Freaky Friday, Words Can Sting, Shop in Cornwall for Christmas, Freeholders Tony Muma to Join CFN, & other musings."