Is it time to pull Sylvie Lizotte & the Cornwall Gallery’s City Funding? by Jamie Gilcig 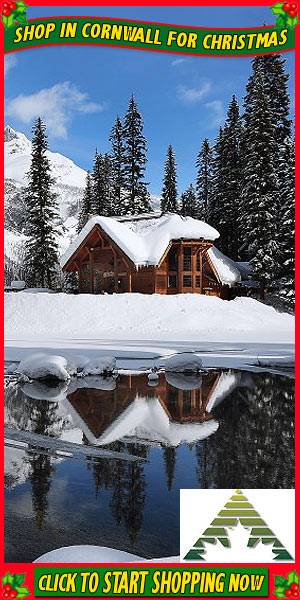 CFN –   Oops!   She did it again!   Cornwall Regional Art Gallery director Sylvie Lizotte failed again for the second year in a row to submit the funding request to City Hall before the official deadline.   The one that essentially covers her salary with a bit extra to cover some bits and bobs.

The gallery along with other entities seeking their pound of flesh from taxpayers such the Library, Woodhouse Museum, and some other cultural groups were vying for a bit over $500K  per year.   Compared to the cost of paying off the Benson Centre its not much, but surely you’d think something as important as an application of that nature would be handed in on time?

I spoke with City Councilor Denis Carr about this subject today and he was quite concerned.   He specifically suggested that it was important to find out why the application was late? He also thought it was odd that Ms. Lizotte would present instead of the Chair of her Board as he was terribly impressed by the presentation that Brian Schofield had made previously.

However Mr. Schofield is no longer the chair.  Ms Lizotte seems to have an issue keeping board members and staff on hand as she also lost her right hand man Vince Pilon.

We investigated Canada Revenue tax records that were available online  and found some information about CRAG (or whatever they’re calling themselves now) and for a group that’s raised nearly $1 Million dollars according to documents filed by Ms Lizotte their profits were less than $100K.

Further more “the collection” that she filed on those same records is claimed to be worth over $750K but when I spoke with Ms Lizotte she said that none of the works have ever been sold nor exhibited to earn revenue.

She also complained about that darned Revenue Canada changing rules about “donations” which resulted in the collection being built.   I queried her about the collection as surely something of that value would require an insurance  rider, but she said that they had no such thing.  Furthermore she confirmed that some of the collection were simply photographs.

When asked if those photographs included the negatives or reproduction rights she confirmed that  no, they were just photographic prints.

Now there are many well meaning people at city council and as we’re seeing Arts and Culture are now no longer pariah like words in Cornwall; but surely if the city wants to dish out the cash there should be some accountability and a city funded art gallery should truly serve all of the art community and not just a wee clique?   Especially with organizations like the Community Action Group to not raise taxes this year while the city is mumbling about a 2-4% raise.

Ms Lizotte, while generous with her time on the phone declined to be interviewed on camera.

Personally this scribbler thinks it’s time to support Arts and Artists more in this community; much more than art gallery managers who can’t be bothered to get funding applications in on time.   Imagine if the $60 or $70K were banked for a few years to create a real fund for artists or to help fund an Arts Centre?  With mortgage on a $1M property just around $6K per year that funding could support an actual art centre…

And speaking of an Art Centre isn’t it time to realize that the days of needing thousands of square feet of valuable downtown space for books is at an end?   Our public library would make an amazing space.   Instead of just showing free movies and being the place to get free internet service while supporting a whack of salaries surely this amazing building could be used to house both a smaller library that focuses more on the services that the public is demanding and support more arts activities?

Cornwall council was very clear last year that those who ask for money had to find new sources and prove to council that they had done so.   For council to extend a deadline to Sylvie Lizotte is not fair dinkum.    For the city of Cornwall to keep pumping public dollars into her purse without accountability (like that $30K Lift Off loan) should not be supported either.

Of course I could be completely wrong! Is it time to pull Sylvie Lizotte & the Cornwall Gallery’s City Funding? by Jamie Gilcig added by admin on December 10, 2012
View all posts by admin →

34 Responses to "Is it time to pull Sylvie Lizotte & the Cornwall Gallery’s City Funding? by Jamie Gilcig"