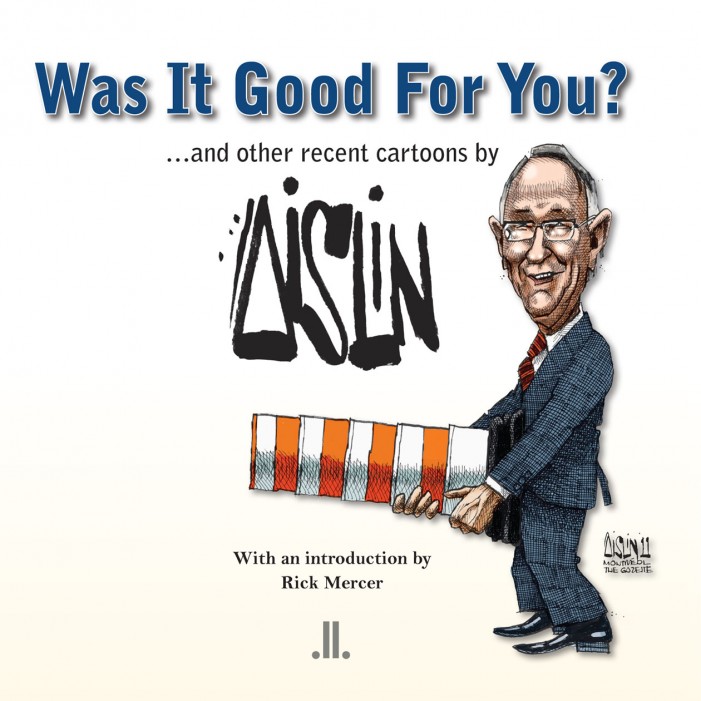 CFN – Every newspaper should have cartoons!    CFN is proud to announce that we will be picking up the feed of legendary Canadian Cartoonist Terry Mosher ; known as Aislin to his legions of fans across Canada.   Selected Aislin cartoons will be appearing on CFN starting in February and in Seaway Today starting with our upcoming first print issue!

A bit more about Terry:

AISLIN is the name of Terry Mosher’s elder daughter, and the nom de plume he has used for over forty years as the political cartoonist for Montreal’s English-language daily newspaper, The Gazette. Mosher is also the past-president of the Association of Canadian Editorial Cartoonists.

.
To date, forty-four Aislin books have been published. His latest collection of cartoons is entitled WAS IT GOOD FOR YOU? with an introduction written by Rick Mercer.

Over the course of his career, Terry Mosher has frequently appeared as a commentator on many of Canada’s major television and radio programs. He is also a regular speaker on the topics of humour, history and the importance of cartooning as a communications tool. Mosher has appeared at national conferences such as Idea City, the Banff Festival for The Arts, Montreal’s Canadian Club and numerous writers’ festivals. Terry Mosher has had a long association with The Old Brewery Mission, Montreal’s largest shelter for the homeless, and in 2001, was appointed to the institution’s Board of Directors. In recognition both of his charitable work and his contribution to the world of political cartooning,  Filmmaker John Curtin won the Gemini for best biography documentary of 2007 for his Life and Times documentary on Terry Mosher entitled DANGEROUS WHEN PROVOKED,  Mosher was named an Officer of the Order of Canada in May 2003. The winner of two National Newspaper Awards, In May of 2007 Terry received an honorary Doctor of Letters from McGill University.

.
Mosher often serves as a judge at International cartoon competition, most recently in Portugal and Turkey. In August of 2013, he  will travel to China for a second time to address a major cartoon and animation conference that is held there annually.

“Wickedly funny with a king-sized heart. How does this guy always manage to get it right?”
Douglas Coupland

Aislin’s work is brought to CFN thanks to our amazing viewers & sponsors!   Please click on their banners and let them know that you appreciate their support of your favorite media from Eastern Ontario!