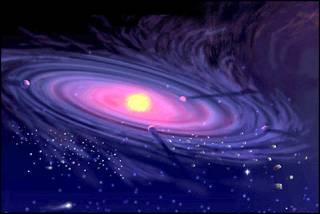 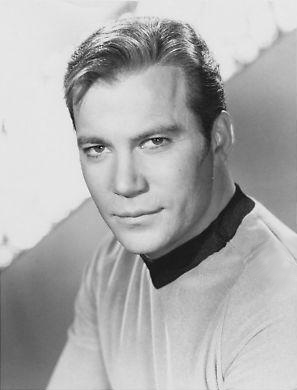 CFN – What do Goldilocks, Star Trek and CSI Miami have to do with man’s timeless question:

“Is there life out there in the universe?” Well apart from the obvious – at least where Star Trek is concerned – let’s just say that about 30 of us discovered new ways to think about the possibility of life beyond our little blue planet thanks to scientist and educator Dr. Tom Olien who explained the basics of astrobiology on Jan. 30th at the Cornwall Public Library.

Incidentally, Dr. Olien discussed neither fairy tales nor TV programs during his lecture.  I use them only to help translate certain facts that emerge from the science that is a synthesis of physics, chemistry, astronomy, biology, genomics and geology among others.

I also admit some embarrassment.  I’d never heard the word astrobiology before last week, and resisted temptation to Google it.  For all I knew, astrobiology could be new brand of yogurt or some wooly-headed pseudoscience.

Of course, the St. Lawrence River Institute would never tolerate fake science for its guest lecture series, so off I went to the lecture, confident, curious and enthused.

About Goldilocks: You remember the story of the girl who experiments with the bear’s porridge, chairs and beds in a quest to determine the “just right” factor?

Similarly, when scientists study and compare other planets to Earth, they discover most are too hot, too cold, lack atmosphere, oxygen, water, or have too much radiation.  As a result, scientists long ago concluded that Earth is “highly habitable” because it’s simply the right size and distance from the Sun.

However, Earth has extreme if not hostile environments too, from boiling geothermal springs and polar ice, to deep dark recesses below the Earth’s crust, ocean beds, volcanoes and more.  And there are hostile man-made niches as well, including the insides of nuclear reactors and toxic waste sites.

OK, you guessed it.  Organisms have been discovered not only surviving in these extreme environments but thriving in them.

Known as extremophiles, these living things have become game-changers.  Scientists in the field of astrobiology now have evidence on which to elaborate the hypothesis that if living things can thrive in Earth’s hostile environments, so too should they be able on planets in our own galaxy and galaxies beyond.

Next comes the significance of mentioning CSI Miami, the show that made DNA and forensics household words.

While a whole book could be written about PCR and its uses, it’s suffice to say that forensic science – which forms the basis of CSI and myriad copycat cop shows – has evolved beyond finger prints and blood typing.  This is primarily due to the discovery of extremophiles, which are able to withstand the high heat PCR technology requires to amplify (make millions of copies of) tiny bits of DNA harvested from crime scenes.

Now when exploratory missions – such as the Phoenix lander, which probed the Martian environment and assessed its suitability for microbial life – return to Earth with environmental samples, PCR technology can be deployed to determine whether there’s evidence of current or past alien life forms.

With limited space (here on planet CFN) it would be a super human effort to describe the many provocative things Dr. Olien shared.  But maybe his conclusion is enough.

What is the likelihood that alien life exists out there?