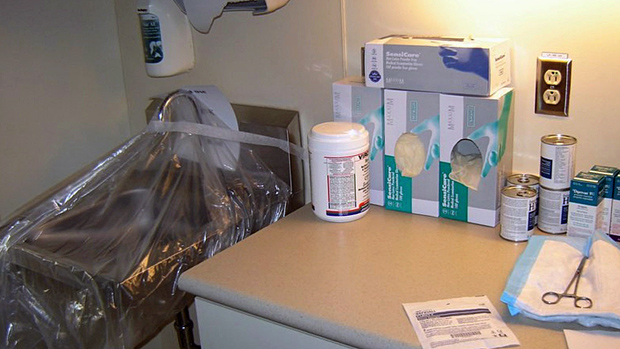 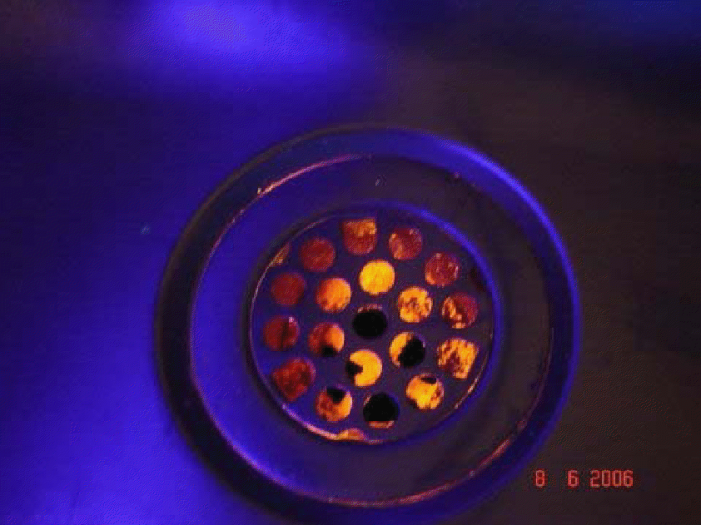 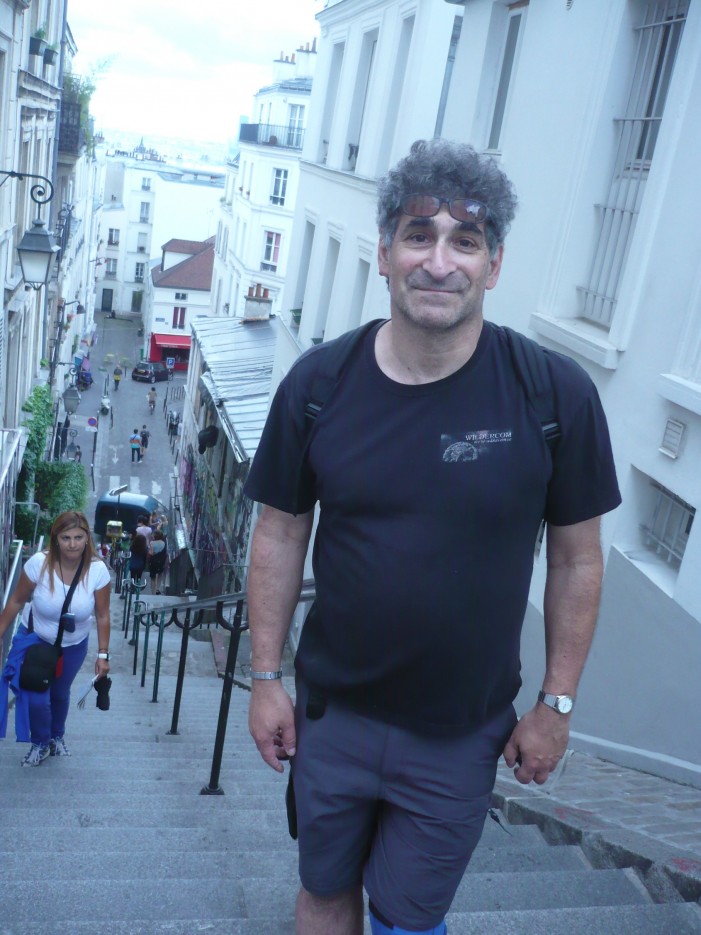 CFN – As was reported in the Ottawa Citizen and redistributed by Cornwall Free News on Thursday, January 24, incidences of Clostridium difficile infections are spiking in Ottawa-area hospitals. In this regard, Ottawa is not special. Cases of C.diff and Multi Drug Resistant (MDR) bacteria are rising across Canada.

.
While there are no formal population-based tracking systems in Canada, some provinces do require hospitals to report C.diff infections and 57 hospitals participate in the Canadian Nosocomial Infection Surveillance Program, which is voluntary. CNISP statistics tell us that from 1997-2005 there was a two to three fold increase in the number of cases and that in 2012 C. difficile infections caused or contributed to death in 5% of patients. There is a strong case to be made that the anti-infection measures deployed by hospitals will have limited success if they are focused only on soiled surfaces such as toilets, handles and bedpans as described in the Citizen article. The fact is, this problem will only get worse because hospitals are ignoring one of the most important causes of MDR infections, and that this can also link to C. diff. That problem is sinks, or more specifically, the drains in hospital sinks. Sink drains are not openly recognized for their important role in the transmission of hospital acquired infections. The sink drain in a hospital room or bathroom harbours an active pool of dangerous bacteria living inside a layer of what is called ‘bio-film’. Bio-film is a tough aggregate of micro-organisms in which cells adhere to each other on a surface, and if not immediately separated from the surface, are difficult to get rid of through conventional cleaning processes. If you’re brave enough to put your finger in the drain of your bathroom sink, you will feel the slime. In many hospitals they also dump blood, other body fluids, and remnants of antibiotics down the sink.

This bio-film not only provides a breeding ground for the bacteria, it provides a protective cover. The bacteria grow inside and underneath the bio-film in perfect safety. When the water runs in the sink, bacteria from the drain get carried up into the air above the drain through aerosols, re-contaminating the hands and splashing onto any other surrounding surfaces, easily infecting vulnerable patients in the ward. What testing has been done has shown extremely high levels of deadly bacteria such as Pseudomonas in randomly tested hospital sinks.

Pseudomonas aeruginosa is one of the most common and active. It causes urinary tract infections, respiratory system infections, dermatitis, soft tissue infections, bone and joint infections, and gastrointestinal infections among others. No, this is not C.diff, but it can kill you, nonetheless, and there is evidence that what goes for Pseudomonas may also be true for Clostridium.

In addition to Pseudomonas, there are other dangerous bacteria such as Klebsiella (of which there was a recent outbreak in a Montreal hospital) and Acinetobacter, which have a propensity to thrive in sink drains.

Medical professionals are bombarded with protocols under which they wash their hands repeatedly before and after contact with patients. Each time they wash, they may, in fact, be re-infecting their hands as a result of the bio-aerosols splashing up from the sink drain and then passing the bacteria to the next person they come into contact with.   The splash also can infect surfaces near the sink.

This is not a new concept. As early as November 2006 doctors were warning of this health hazard. In a presentation given at that time to members of the Toronto Invasive Bacterial Disease Network, Dr. Michael Gardam of the University Health Network detailed how, in January 2006, staff at the then-new Medical Surgical Intensive Care Unit at Toronto General Hospital  (TGH) discovered conclusively that their outbreak of Multi-Drug Resistant (MDR) diseases – could be traced to bacteria living in the drains. When they shut down the sinks, they went six months with no new infections. Since that time, Dr. Gardam has published several other papers, notably in 2009 and 2012 on the environmental causes (including sink drains) of these outbreaks in hospitals, and literally dozens of papers have been published on this subject around the world. The bacteria colonize bio-film in the drain and trap.

Clostridium difficile is not Pseudomonas aeruginosa and it behaves in a different manner. However, new research is showing that the two may not be so far apart in some respects. Pseudomonas is an opportunistic bacterium. It invades the body and is very talented at finding a weak point in the body’s defense to exploit and infect. On the other hand, C.diff is a bacterium that only infects the bowel and digestive tract and that our own defense mechanism actually handles quite well. The flora in our intestines that break down food for us would also control C.diff. The problem is that patients often get large doses of antibiotics in the hospital. Everyone is familiar with the upset stomach that accompanies a prescription for antibiotics because the drug kills all the good bacteria in our system along with the bad bacteria we are fighting. But it doesn’t kill drug-resistant C.diff, leaving the patient open to serious infection. That’s why you don’t get C.diff at home you get it in the hospital on top of whatever you were hospitalized for.

Now, there is research that Clostridium also forms a bio-film. A 2012 paper by Dr Brendan W. Wren of Department of Pathogen Molecular Biology, London School of Hygiene and Tropical Medicine, London “demonstrate(s) that C. difficile aggregates and forms bio-films in vitro on abiotic (non-living) surfaces. Another 2012 paper by a team of doctors at Novartis Vaccines and Diagnostics in Sienna, Italy “demonstrate(s) that clinical C. difficile strains, i.e., strain 630 and the hyper-virulent strain R20291, form structured bio-films in vitro, with R20291 accumulating substantially more bio-film.”

What that means is that C.diff may be living in the hospital drain, but that Canadian hospitals haven’t checked for it yet.

Currently, hospitals pour high levels disinfectants (HLD) or bleach into the drain at regular intervals or as a reactive measure during an outbreak. According to Dr. Gardam, this protocol offers only a temporary fix as “organisms in bio-film are extremely hard to kill” and typically the re-growth of the bacteria begins within days or weeks after the treatment.

There are new ultra-violet systems that disinfect entire rooms at once using light energy. The problem with that is the light will not penetrate the drain itself and will only disinfect surfaces, which are in direct line of sight of the device. In addition, these systems can only be activated when the patient room is unoccupied as the ultraviolet rays are harmful to humans.

A new approach available now, known as Kleanik, uses a combination of high heat applied to the drain siphon along with vibration of the drain. The high temperature kills the bacteria continuously and the electro-mechanical vibration prevents bio-film from forming inside the drain. Numerous hospitals in Europe and one in Canada have installed this system with reported significant reductions of bacterial levels and overall infection rates.

Cross contamination will always remain one of the greatest risks. You pick up someone else’s germs from a contaminated surface in the hospital. It could be the toilet, or a piece of medical equipment like an endoscope, or the hands of a hospital staffer who either didn’t wash well or got re-contaminated by the sink. It will take a multi-faceted approach to solve this problem. Hospitals have to touch all the bases, remaining vigilant and maintaining excellent hygiene practices that include checking their drains, as well as other surfaces, for levels of all types of bacteria and taking the necessary preventative action. Myke Wilder is a Montreal-based writer and consultant.

His work is split between helping small and medium-sized manufacturing firms claim tax credits under the Scientific Research and Experimentation Development program; and providing an English-language voice to francophone companies in Québec that wish to sell to world markets.   To learn more about Myke or contact him you can visit his website.  www.wildercom.ca

Are C. Difficile & Other Multi Drug Resistant Bacteria Hiding in Hospital Sinks? By Myke Wilder added by admin on February 4, 2013
View all posts by admin →

One Response to "Are C. Difficile & Other Multi Drug Resistant Bacteria Hiding in Hospital Sinks? By Myke Wilder"