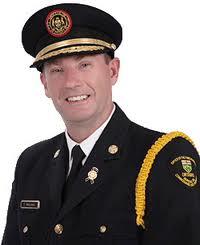 CFN – It does seem blisteringly absent.

The very day after Council reversed its decision and voted eight to two in favour of supporting Glen Stor Dun’s recommendation – that the geriatric fire system be retired for a young healthy one – the Freeholder ran the rather flaccid front page headline:  “City reaches budget” instead of something more five-bell, such as: “Seniors’ safety ignites support.”

In fact, the whole above-the-fold story in the Saturday edition of the Freeholder, takes close to 2,000 words even to reach Andre Rivette’s quote:

“It’s a health and safety issue,”

Which seems a mere spark in the overarching framework of Mr. Rivette’s passion; that anything less than full and immediate support for the Lodge could easily be framed as being morally and politically reprehensible.

And who wouldn’t agree?  Particularly now when the Ontario Association of Fire Chiefs, the Minister of Health and the Minister Responsible for Seniors (among others) are all driving the engine of fire safety with new legislation and $20 million for prevention upgrades at seniors’ residences.

“ Everyone has the right to feel safe from fire where they live, regardless of age, ability or special needs. I applaud the Technical Advisory Committee for its hard work and thoughtful recommendations that have resulted in this next step of the government’s fire safety plan for action.”

Community members applaud City Council’s support for the Lodge and the 130+ people who live and work there.

Now, not only will our senior’s have the protection they deserve, but our community will be in line with the priority this issue is being given province-wide.  Everyone wins!