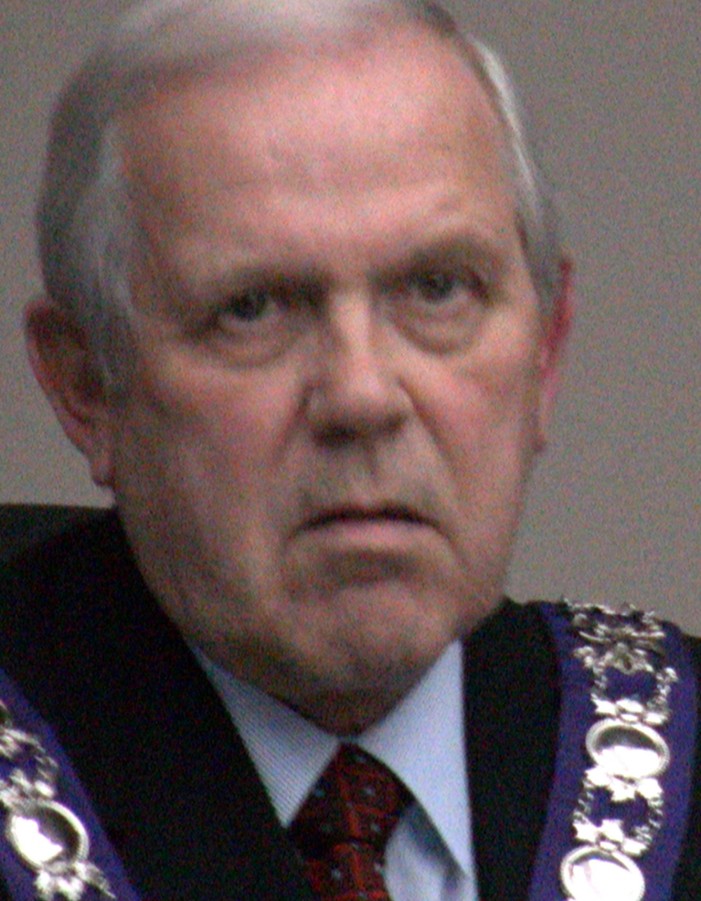 CFN – Lawyer Fay Brunning released a stunning email this morning suggesting that the Cornwall’s Mayor’s conduct is illegal and that he in fact has not been cleared as his lawyer RULED of any issue at this point.

Below is Ms Brunning’s email to media unedited.

You have asked me for my comment about the Mayor’s news release of March 5th.  My comment is that his conduct is illegal and his news release makes a mockery of our democratic and legal systems.  No one is above the law and City Council should enforce the law against the Mayor. In January 2013, the Divisional Court of Ontario ruled that $3,100 was not too small of an amount to invoke of the Municipal Conflict of Interest Act.  Under the MCIA, any member of Council with a pecuniary interest must declare it and may not participate in any meetings nor influence any other member of Council on matters touching the conflict.   The pecuniary interest of Mayor Kilger in question is in excess of $100,000, for the purpose of application of the MCIA, arising from the whistleblower complaint of one of the internal managers.  Since no later than May 31, 2012, Mayor Kilger has been in a conflict of interest under the MCIA, but it has been totally undeclared to the public.  The Mayor and/or Council have not obtained a court ruling on this issue. Electors of Cornwall are the persons who have the right to invoke the protections of the MCIA.  Until there is a declaration of the Mayor’s conflict of interest, recorded in public minutes of Council, the electors’ rights continue to be violated.   The electors are the beneficial owners of the municipal corporation.  The reason for the MCIA is that every council member must step aside if he/she have a pecuniary interest, because councillors must govern only in the best interests of the electors and may not be influenced by their own pecuniary interests.  Councillors are supposed to conduct the business of Council in a transparent and accountable fashion under the Municipal Act.  The exceptions are limited and ARE NOT MANDATORY. My client filed his complaint directly to each member of Council on May 31, 2012, and he asked for an external, qualified investigator be appointed to get to the truth behind the allegations, because some of them put the Mayor in a conflict of interest.  Instead, a subordinate person within the City was appointed to investigate his superior and the allegations pertaining to the Mayor.   After the court rulings in Magder v. Ford in Toronto, since early December 2012, I have repeatedly asked for the provisions of the MCIA to be enforced for the public, by the remaining members of Council.  I have asked that the Mayor be excluded from all participation and not be allowed to influence other members of Council.   We had to threaten legal proceedings.  More lawyers were brought in.   Finally, the matter was to be discussed with City Council on February 19th. Section 6(2) MCIA makes it mandatory that even for closed meetings of Council, at the next open meeting (February 25th), the declaration of interest must be made by the member and recorded in the minutes by the Clerk.

Although the next open council meeting (February 25th) was not available for viewing on Cogeco, the minutes of the Clerk do not record any declaration of interest by the Mayor on the 25th.    The Mayor did not declare any conflict of interest.

The Mayor’s press release is not a declaration of interest under the MCIA.  The declaration must be made in an open session of Council.  The Mayor’s news release about his lawyer’s opinion is not binding on the rest of Council.  One would expect there to be debate on this issue in open Council if the Mayor announces he was not in a conflict and he tries to rely upon his own lawyer’s opinion.  In the absence of a Court ruling, his lawyer’s opinion is not binding on Council.   Council can decide if the MCIA puts the Mayor in a conflict of interest on the whistleblower complaints.

Alternatively, City Council could publish the legal opinion of the City Solicitor that the MCIA does not apply to the Mayor so that the public (including  lawyers in Cornwall) can review whether that legal opinion is valid.   The recent decisions of the Court regarding Mayor Ford in Toronto clearly support that Mayor Kilger must declare a conflict under MCIA and that he should not have been involved in any of these whistleblower matters since May 31, 2012.   Members of the public could be allowed to see the legal opinion that bears upon whether their rights are being protected by the City Solicitor.  City Council itself decides whether or not to waive solicitor and client privilege, not the lawyers.

Not only can the Mayor be removed, but under the MCIA, each decision of Council in which the Mayor wrongfully participated and/or influenced other members of Council, is subject to being set aside.  That would include the deal the Mayor made with Mr. Fitzpatrick around June 29, 2012.   That would include the lack of powers/protocol granted to investigators to get to the truth of the whistleblower allegations.

Whistleblowers are not to be blamed for causing legal costs.  Whistleblowers are trying to ensure the law is followed, despite the huge risks they take to reveal misconduct to the proper authority.  Right now the proper authority is City Council.   City Council has to get to the truth and to follow the law.  Remember the outcome of the Cornwall Inquiry, which condemned the secret deals, improper discipline of whistleblower complaints and abuse of authority?    Remember the City’s criminal conviction in October 2011 for illegal retaliation for reporting resident abuse at the Lodge?   Council was investigating that illegal retaliation when these two whistleblower complaints were provided to Council members.  Remember that one Councillor resigned in protest?  Remember that one Councillor won his complaint to the ombudsman for being berated in a closed meeting by the Mayor for doing a video to the public that was posted on CFN?

The Citizens of Cornwall could ask every individual member of Council to publicly record in Council whether he/she believes the Mayor is in a conflict of interest under the MCIA and to state they are committed to ensure the law is being obeyed.   How can witnesses be expected to come forward with their information in these whistleblower investigations if City Council cannot be counted upon to abide by and to enforce the law, regardless who is under investigation?   Does Cornwall really need another public inquiry?  Not if Council follows the law and investigates properly to get to the truth.

City Council could declare the Mayor to be in conflict.  Why transfer responsibility to the whistleblowers and why put their personal assets at risk to have to go to a Court of law to enforce the law?  City Council could force the Mayor to bear the risk and liability of starting legal proceedings to prove his is not in a conflict.  If remaining members of City Council do not follow the MCIA, they will become respondents and part of the Mayor’s conflict in subsequent legal proceedings.

This is currently a game of hide and seek because the Mayor will not declare his conflict in open Council, and the trigger date for 6 weeks to remove the Mayor has not commenced.  The media is being treated like the enemy when they are seeking answers on behalf of the public.   Members of the public who attend and protest are being harassed and intimidated.  The course of conduct to date makes a mockery of our legal and democratic system.   The law is clear and should be followed.  No one is supposed to be above the law in Canada.  This democratically elected government surely should follow the law without a Court or public inquiry telling it to do so.

Taxpayers’ monies is being wasted on all these legal proceedings.  Why disobey a clear law which exists to protect the public?  Taxpayers’ monies may also be wasted/not recovered if the investigations are not sufficiently powered and/or independent of the accused persons, to get to the truth.     The public is not being sufficiently protected/represented in this legal dispute.  Electors can activate their democratic powers by contacting Council members directly and asking that the law be followed and the truth be properly investigated.  Or the public can band together and hire one of your excellent lawyers in Cornwall to represent the public under MCIA.

Complacency of the public is the biggest threat to our Canadian democracy.

Wow!  Now that’s an email!    What do you think?  Does Ms Brunning have it nailed down?   You can post your comments below.

Lawyer Fay Brunning Accuses Mayor Bob Kilger of CONFLICT OF INTEREST & Making Mockery of the Law! added by admin on March 6, 2013
View all posts by admin →