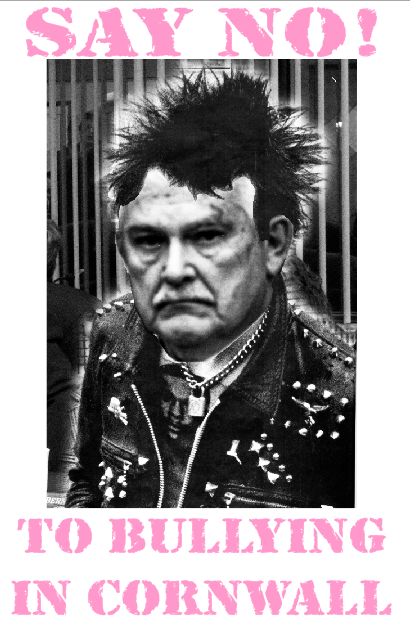 CFN –  It’s sad when someone like Bill Kingston of Corus radio in Cornwall becomes a whore for a corrupt and broken political system.

4. Obsolete . to make a whore of; corrupt; debauch.

Yes, I know.  I used a word that shocks many; but there really is no other word to use in today’s shocking commentary that he horked up as commentary this morning.   The truth of what happened was corrupted and debauched by Mr. Kingston.

We in the media do have a responsibility to stick to the facts.   The thing is that if you turn a blind eye to clear evidence then what you see as factual can be very different than reality.

In 2011 the City of Cornwall published a chart of which companies were paid the most monies in ad dollars.

Oddly enough if you look at the top media earners from the City of Cornwall you see a very defined spin on coverage related to the Mayor & Council’s mess.

With two whistle blowing cases pending; a few on the books; a councilor stepping down essentially pointing out what could be defined as mail fraud, and straight out lying by the Kilger council Mr. Kingston took a shot at protesters yesterday for having the temerity to be upset that Councilor Syd Gardiner was not charged for trying to break their signs.

I, and many others don’t blame them.

Mr. Kingston’s coverage, he being the news director of his outfit, was almost non-existent.   What little they have done has been catch up after other media have already covered it, and his whorific commentary today surely is an insult to Democracy and his very listeners. They were bent when councillor Syd Gardiner put them in the lunch room at a recent meeting. He was cleared by the cops. I can’t believe I’m actually talking about this because it sounds like some sort of grade school tattle-tale scenario. Protestor Debbie Cameron put it this way. “We’d like an apology and nothing else at least to say you know I was wrong by doing that to your signs, you know, if that was somebody’s jacket or wallet missing for five days I think charges would have been laid but because it was our signs we feel our freedom of expression has been violated.” Well, first of all, your signs went missing, they weren’t stolen and secondly, how is your freedom of expression been violated?

Sadly Bill is smarter than this quote.   The facts are very clear.

Syd admitted to handling the signs.  Private property in  public space.  He stood in the door way of council and put on show.  The signs were alleged to be in the Mayor’s Office contrary to the city spin that they didn’t know where they were for five days before showing up at the police station.

The police have not commented whether it was them refusing to lay a charge, they do have discretion, or the crown refusing to take the case.

If the average citizen destroyed private property in a public space; say an election sign it would be mischief under $5K as this situation is.  In law you have to show two elements; the act of the crime and the intention.   The many who saw Syd Gardiner in that doorway including Ms Cameron’s eight year old son clearly saw Mr. Gardiner’s intention.

The protesters Charter Rights were violated.  They protested peacefully.  They left their signs at the council doorway; not in the way; and respectfully entered council chambers and did not cause any disturbance.  Their exercising of their Democratic rights and responsibilities were obstructed and abused by a corrupt city councilor and then covered up.    The signs were not handed over to police for FIVE DAYS.

This is a sleazy tabloid cover up and it’s very sad for Cornwall.  It’s sad for the state of media; but mostly it’s sad that so many will accept Mr. Kingston and some other press whores mistruthful version of what happened.

Is it any wonder why so few people trust the media any more?

Bill Kingston of The Cornwall Daily Whores Out Facts Over Gardiner Protest – A Dark Day in Media for Cornwall Ontario added by admin on March 19, 2013
View all posts by admin →