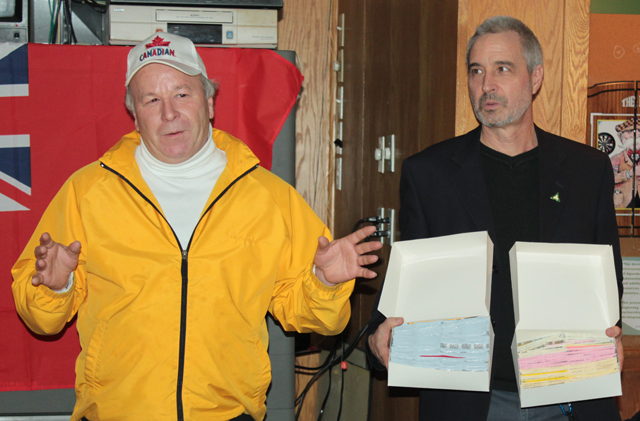 CFN – Reportedly the City of Ottawa handed over 17,280 condoms to a single person for free without so much as asking why he wanted them (does anyone really need that many?) and without asking for any I.D. to ensure that he actually represented a legitimate organization rather than someone wanting to make a profit on them. There are regular condoms and lubricated condoms as well as strawberry, banana and vanilla flavoured condoms.

Dave Paul, the Libertarian who ordered them from the City as a test, wasn’t impressed at how freely his tax dollars are being spent and went public with the news. Ottawa talk news radio station CFRA has been having a field day with the story. Shortly after CFRA host Nick Vandergragt broke the news, Sun News’ Brian Lilley addressed the matter on BYLINE and on his Lilley Pad blog. Now, apparently, the City would like the condoms back (presumably unused), but the Libertarians are debating whether or not they can do a better job than the City when it comes to exercising due diligence in the distribution of said condoms. One of the Libertarians’ college age members has requested to have 1,000 of them to distribute.

In our video clip, Dave Paul tells the story in his own words.

The Ontario government requires Ottawa Public Health to distribute free condoms. Last year alone the city handed out 900,000 of them to individuals and groups at a cost of $55,000, 75% of which was paid for by Ontario tax payers.