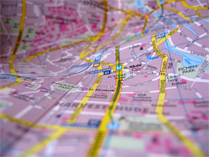 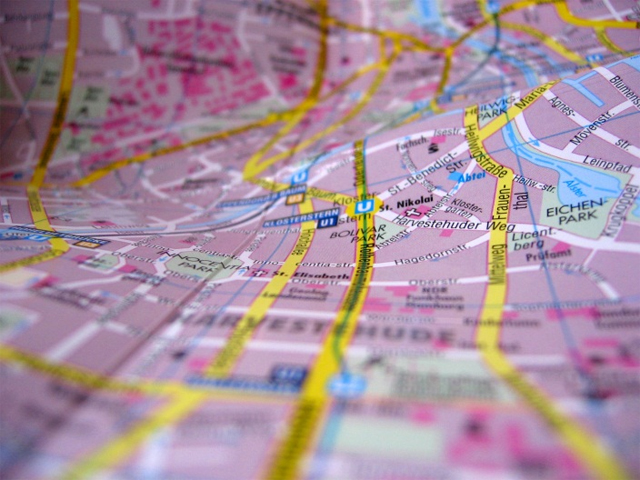 CFN – Did you know that the way in which you give directions reveals a lot about you? Identity and language have a long history of being studied together in anthropology, psychology and sociology, and it’s a good thing or I’d be out of a job.

Consider for example the following request “Can you tell me how to get to highway XYZ from here?” There are of course, numerous ways to answer that question, and no doubt even numerous routes one could take to get to Highway XYZ. One helpful citizen might respond to the question using cardinal points such as east or west e.g. “Drive north until the road runs out, and then turn east.” Another might make use of the inquirer’s ability to count and to establish relative directions e.g. “When you hit the third intersection, turn left.” Yet another individual might decide to direct the lost soul to the highway via a route that takes longer than most, but ensures that he/she can’t go wrong and end up lost.

Here’s where it gets really interesting. Below, I will give two very different responses to the above request for directions. Let’s say the first response is given by Burt and the second one is given by Ernie. Read them both and then spend a minute speculating about what each of the responses reveals about the individuals who provided them.

Burt:“Okay so you’re going to want to stay on this road for about 5minutes. When you come to the Shriner’s hospital on your left, you should pay close attention, because you’re going to need to take that first right just past the hospital. After you take the right, keep a look out for the little Presbyterian church on the hill to your left. Just as you approach the hill, you’ll see the road splits in two. One way takes you up the hill to where the berry farm used to be; the other veers off towards the river. You’re going to want to head towards the river. You’ll see it in the distance along with a bunch of smokestacks. Keep going until you pass the park on your left and then Edgar’s car lot on your right. Make a right on the main road heading into town and you’ll hit Highway XYZ within a couple of minutes.”

Ernie: “Okay, you’re headed in the right direction. Continue east for about 6 kilometers until you come to a set of lights. That will be Greenwood Road. Turn right on Greenwood and keep going south for about 2 kilometres until you get to a fork in the road. At the fork, stay to the right because you’ll need to head south-west towards the river on Rivermont Road. You will drive about a kilometer or two on Rivermont before you’ll find yourself on the outskirts of a little village called Cookesville. There is only one main intersection in Cookesville, so you can’t miss it. There is a flashing yellow light right there at the intersection of Rivermont and Turners Drive. Turn right at the intersection. Follow Turners Drive for a couple of kilometers until it intersects with Highway XYZ.”

Which set of directions would you have preferred if you were looking for Highway XYZ? Do you know why that is your preference? If you found Burt’s set of directions more meaningful, it might be because you are better at visualizing landmarks (the church, the smokestacks) than you are at remembering street names (Greenwood, Rivermont). If you found Ernie’s directions more appealing, it might be because you’re better at estimating the number of kilometers that have elapsed between point A and point B, than you are at estimating the number of minutes between the two points (e.g. “Drive straight for 7 kilometers.” vs “Drive straight for 5 minutes.”)

Maybe you preferred Ernie’s directions because you found him more likable than Burt. Maybe Burt has a brain that works like yours, and thus you found him easier to understand. Let’s take a closer look at the different strategies Burt and Ernie used to direct you to Highway XYZ, and see what the experts have to say. American sociologists Leonard Schatzman and Anselm Strauss found that people who grew up in small communities, rural areas or large close-knit families were more likely to refer to landmarks when conveying information to strangers. Like, Burt, they would be inclined to direct you by referring to the church, the farm that burned down or the gas station. This inclination stems from extensive and formative experience interacting with people who share a similar set of circumstances and thus a similar perspective. When someone is used to talking to people who have been to all the same places as he has, one is likely to tell the lost stranger to turn left at the convenience store or right at the arena. Conversely, these same two researchers determined that individuals raised in large cities or who had moved a number of times growing up were more likely to put themselves in the position of the stranger, and thereby convey information without assuming any commonly held knowledge (e.g. “Turn right at the first set of lights.”)

British sociologist Tony Edwards proposed that individuals who worked with their hands for a living required less task oriented and problem solving speech. They would therefore be less likely to provide directions that involved precise information such as “Turn left at the third set of traffic lights” and more apt to tell you how to feel your way there (“When you’ve been driving about 10 minutes, turn left.”) Any one working in an occupation that involves collective effort such as working on an assembly line, or in a construction crew, would be more likely to speak to a lost stranger as though he/she was already familiar with area: “Turn left by the old recreation centre.” Since the primary function of language in a workplace that requires collective action for production, is to maintain group solidarity, speakers tend to adopt a familiar tone when interacting with others.

Writers, actors, reporters, teachers, mathematicians and musicians are all better at assuming the perspective of the outsider and tailoring their directions for someone with absolutely no lay of the land. They would use street names and generic landmarks such as “Make a left, just past the four-way stop onto Rocky Road.” It has also been found that anyone who worked in a highly competitive environment or who was in the process of applying for a job would be more apt to give very specific information geared toward a listener who knew nothing at all about the area.

Now to be clear, all of this is not to say that these differences represent limitations on the part of the speakers. They should be thought of more as interactional styles. All speakers regardless of their professions or family size, are capable of responding to a change in linguistic demands. So if Burt’s directions were met with a “I don’t know what the word Presbyterian means” or a “I don’t know what a smokestack looks like,” he would be perfectly capable of providing alternative strategies for knowing when to turn this way or that.

Test the theories of these three sociologists on yourself. Without thinking about it too much, imagine how you would tell an alien whose spaceship had broken down in front of the-now-defunct Domtar how to walk to Cornwall Square. Pay attention to the kinds of markers you would use (the canal, the bridge and the old jail? Or Brookdale, Montreal Road, and First Street?) and see if your interactional style matches your occupation, your family of origin size and your hometown roots.

I tried it and my own results duplicate those of Edwards, Schatzman and Strauss. Let me know what you find!

Allyson Eamer, Ph.D. is a Cornwall native, a sociolinguist and university professor in Toronto.

2 Responses to "The Polyglot – Edition 2 with Dr. Allyson Eamer"