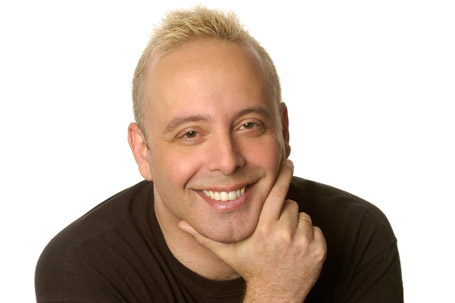 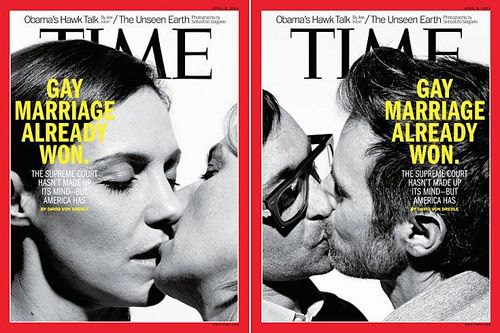 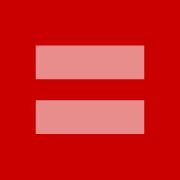 CFN – The last few weeks have been a pretty intoxicating time for LGBTQ Americans, as the gay civil rights movement in the U.S.A. has finally attained critical mass and reached a tipping point.

That poll showed that 58 percent of Americans now believe it should be legal for gay and lesbian couples to get married. Among young adults aged 18 to 29, support for gay marriage was a whopping 81 percent.

Clearly the writing is on the wall.

But it has taken a long time for U.S. President Barack Obama – not to mention much of D.C.’s political establishment – to come on board. It was only in May 2012 that Obama finally publicly said, “It is important for me to go ahead and affirm that I think same-sex couples should be able to get married.”

I do not doubt that Obama always supported gay marriage. But when Obama first ran for the Oval Office in 2007, Chicago’s Windy City Times newspaper dropped a bomb when it dug up this 1996 Obama quote when he ran for the Illinois state senate: “I favor legalizing same-sex marriages, and would fight efforts to prohibit such marriages.”

Once in the Oval Office, Obama said in an open letter to America’s gay communities, “As your President, I will use the bully pulpit to urge states to treat same-sex couples with full equality in their family and adoption laws.”

But then the long-standing member of the evangelical United Church of Christ added, “I personally believe that civil unions represent the best way to secure that equal treatment.”

I have always taken Obama’s civil-rights agenda with a grain of salt – he is a politician after all and he didn’t get to become president by accident. Certainly, President Obama’s refusal to endorse gay marriage was not the first time a politician has said – or believed – one thing and done another.

Still, it is disheartening when anybody says bigoted crap like Obama did, but it hurts most when I hear it come from the mouth of a black politician. After all, supporting “separate-but-equal” civil unions for gay people is no different than enforcing segregationist laws in the Old South.

But as polls clearly showed growing support for gay marriage among all voters – but especially among younger voters – and as pro-gay U.S. court victories began piling up, Obama finally and deftly seized the moment, just as gay marriage became an obsolete wedge issue for the Republicans.

Then when the U.S. Supreme Court heard arguments about the constitutionality of two laws in the same-sex marriage debate – the federal Defense of Marriage Act (or DOMA) and California’s Proposition 8 (which defines marriage in California only as between a man and a woman) – the pro-gay marriage movement went viral.

It is worth repeating that under DOMA alone, same-sex couples – even if legally married in their state – are denied more than 1,138 benefits, rights and protections that are given heterosexual married couples under federal law, everything Social Security survivor benefits to spousal health care.

Even former U.S. president Bill Clinton – who should be ashamed he signed DOMA into law in the first place back in 1996 – has now come out batting for equal marriage and has repudiated DOMA as “unconstitutional.”

In fact, Chad Griffin, who worked as a junior press aide in Mr. Clinton’s White House and now heads the Human Rights Campaign, America’s most prominent gay-rights organization, told The New York Times, “President Clinton has evolved on this issue just like every American has evolved.”

But as pro-gay marriage became the cause célèbre du jour during the U.S. Supreme Court hearings in March, it was the HRC’s red equal signs that took over our Facebook feeds and Twitter streams. The HRC changed its symbol from a blue and yellow equal sign to the pink-on-red version, and a social media campaign was born. The backlash among many grassroots gay activists to the HRC logo becoming the unquestioned symbol of gay marriage (now increasingly called “equal marriage”) in America was immediate, not to mention the outrage over HRC president Chad Griffin defending Bill Clinton in The New York Times.

But while the HRC has long been accused of being a corporate sell-out by grassroots activists – lots of folks call them Gay Inc. – I still think that the HRC’s red-and-pink equal-marriage icon that went viral is a symbol of hope for many LGBTQ teens who feel alone and need some kind of affirmation.

No matter what one thinks of the HRC, in this instance the red-and-pink icon has become a symbol of hope and progress. Its adoption by Straight America tells gay teens that time really does change opinions and to just hang in there.

Meanwhile, whether the U.S. Supreme Court justices agree with the majority of Americans, we’ll find out soon enough. The high court will rule on DOMA and Proposition 8 by the end of June, although it remains unclear whether there will be separate rulings or one decision.

Until that happens, no matter the pro-gay polls, social-media campaigns and magazine covers, gay Americans will still have not won the fight for full equality. Montreal journalist Richard Burnett self-syndicated his column Three Dollar Bill in over half of Canada’s alt-weeklies for 15 years (Canada’s first-ever and still-only syndicated gay column in the mainstream and alternative press); was Editor-at-Large of HOUR until the Montreal alt-weekly folded in 2011; is a columnist and writer for The Charlebois Post, Fugues and Xtra magazines, and writes the POP TART blog for The Montreal Gazette. Burnett was named one of Alberta-based Outlooks magazine’s Canadian Heroes of the Year in 2009. Famed porn director Flash Conway dubbed Burnett “Canada’s bad boy syndicated gay columnist” and The Montreal Buzz says, “As Michael Musto is to New York City, Richard Burnett is to Montréal.”  CLICK HERE to read Three Dollar Bill.