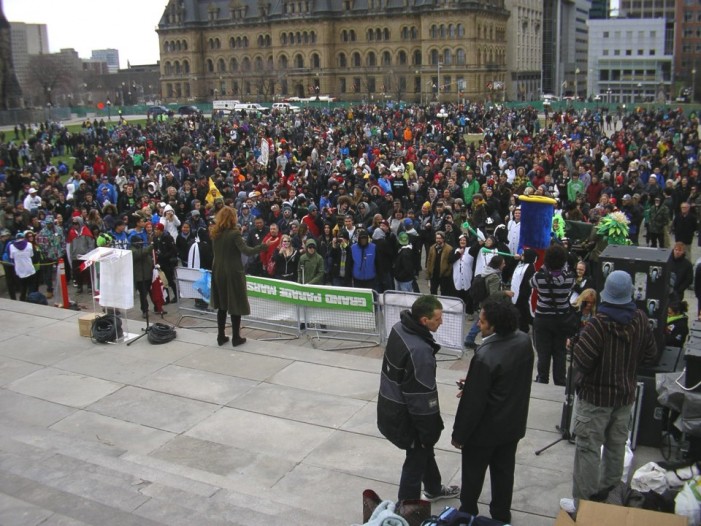 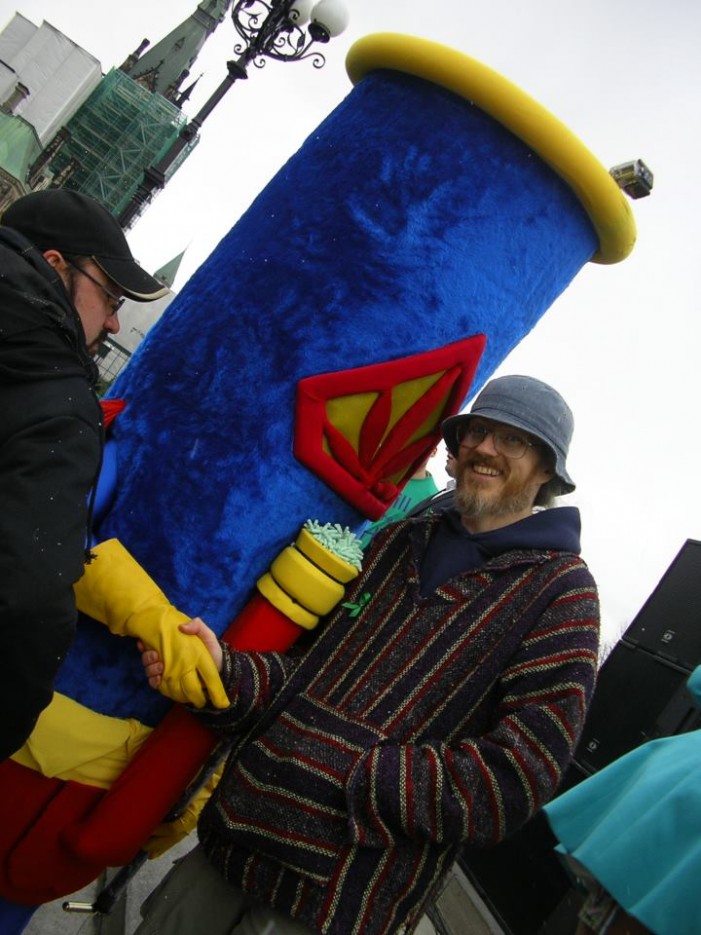 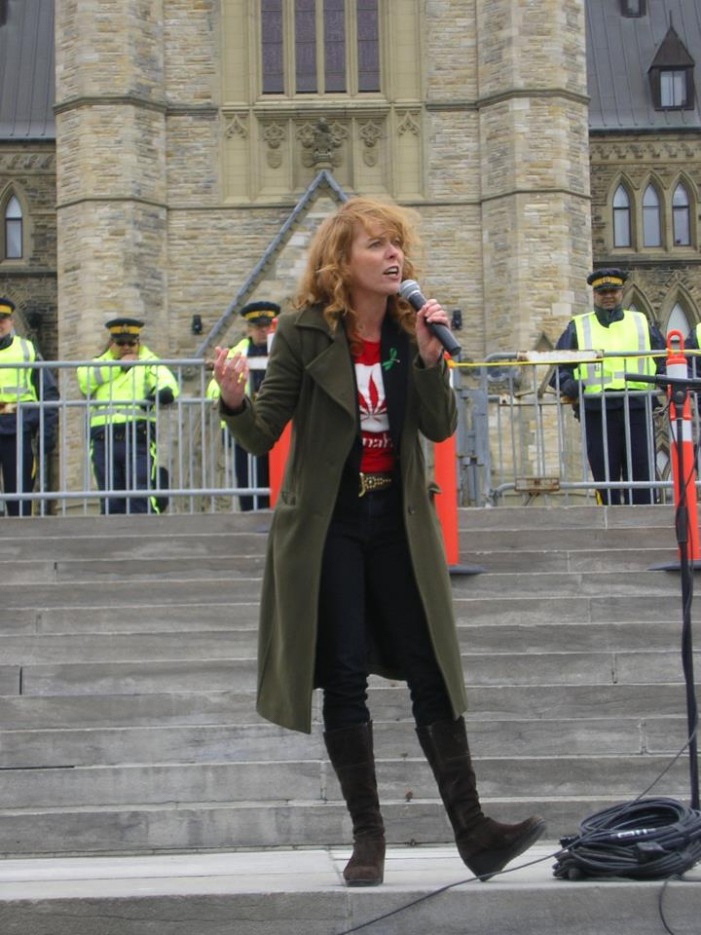 We arrived at Parliament Hill at around 11:30 am, and there were already a few people there. Roadies were unloading the sound equipment, and organizers John Fowler and Kyle Walton were talking to the RCMP. It was cold and windy and Christine and I were under dressed.

An RCMP officer named Tim walked over to me and said “Hey! Russell. I know you from the video. You’re famous!”
“Oh, uh…” I replied. He starts telling me what’s what about how he wants the crowd to behave and so on, no shenanigans, and I smile and say “Well, John and Kyle are the organizers, you should really be talking to them.”

“Oh, no.” says Tim. “I want to talk to you. You’re famous.” He then waves his hand slowly across the crowd who will be there in five hours: “You have more appeal.”

So I spent some time talking to the Tim and other RCMP officers over the period of the day, pointing out a few security problems that they or I noticed with a few people getting rowdy. It was all very cordial, and they couldn’t have been more gracious.

The other organizers, Claude Galipeau and Graham Kittmer, were suddenly there and we greeted each other happily.

John or Kyle or Graham would get onto the microphone every once in a while to encourage everyone to tweet and text and call all their friends to come on down, to tweet pictures, and to yell happily. Myself and other helpers would mingle in the growing crowd, handing out ribbons, buttons, magazines, and so on. At 2:30 or so, Christine and I went across the street to see the press party (and use the washroom), and boy, did we look out of place. We met Precious Chong and some of the others speakers, and headed quickly back to the site.

By the time the speaking started sometime after three, the crowd was already rivalling last year’s in size. At about 3:35 or so, Precious Chong took to the stage and was funny and charming. She had the crowd – by this point numbering around 7,000 and growing rapidly – very enthused, and she was genuinely having a good time herself.

One by one the speakers took the podium, while Precious did some comedy and rabble-rousing in between.

Here are the videos as a playlist.

And as individual videos…

Joshua Kappel a lawyer from Colorado who helped get pot legalized there:

I have to admit, I was wiping away tears by this point, because the RCMP told me that they estimated our crowd size to be over ten thousand.

There was a short break for music shortly after four PM, then at about eight minutes after or so, Christine and I got up to give away our book, Mommy’s Funny Medicine and other prizes, in front of over ten thousand people:

Then it began to snow, sort of…. Then the big moment arrived:

Here is a time-lapse of the the whole thing.

With the snow and everything, we decided to leave immediately. There is a time:

Ottawa has a city’s population, but it is spread over a large area in suburbs and lots of green space, and our bus system (in my opinion) is not reliable. There is also Gatineau/Hull right across the river, meaning many fans came over from Quebec for this party. So unlike Toronto or Vancouver – where getting 10,000 stoners together is like shooting fish in a barrel – bringing over ten thousand pot people to one place, during a day with less-than-inviting weather, was a spectacular accomplishment.

The people of Ottawa should also be very proud of themselves for resisting meh, and actually participating.

It should also be noted that almost all of the video was shot by Claude Galipeau, with only Part Eleven being shot by me.