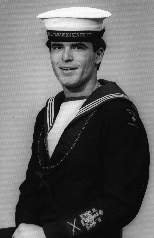 CFN – Monday evening promotions and awards were imparted to several members of the Stormont Royal Canadian Sea Cadet Corps. Parents and well-wishers gathered at the Cornwall Armoury to witness the event and to encourage the Cadets.

A special presentation was saved for last – one that was intended as a surprise.  Lt (N) Peter Mayer, CD came up through the ranks and has served as an officer in the Corps for many years after having been appointed as Corps Chief in 1970.  Reviewing Officer, Lt (N) Jennifer Vanclief, was entrusted with conveying the Queen Elizabeth II Diamond Jubilee Medal to Mayer in recognition of his long service to the Stormont Corps.

Indeed the Corps is blessed to have benefitted from the time and energy of Mayer and others who have given very generously of themselves in service to the Cadets as officers, civilian instructors and members of the Cornwall branch of the Navy League of Canada over the past 60 years. On the May 31, June 1, June 2 weekend, Corps alumni, family and friends of the Corps are welcome to participate in a special 60th Anniversary Reunion, the details of which are articulated in our recent article. Reunion Committee members attended the awards night prior to their own weekly planning meeting in the Officers’ Mess.

In our exclusive video clip below, witness Mayer being presented with the medal and hear Vanclief’s remarks to the members of the Corps as well as the closing remarks of Corps Commanding Officer Lt Wendy King Bougie, CD.

Please show your appreciation to our advertising supporters of these Reunion articles.  Two more related articles are planned.  To have your ad or congratulatory message appear here, please contact Don today at 613-360-5011 or seawaytoday@live.ca .