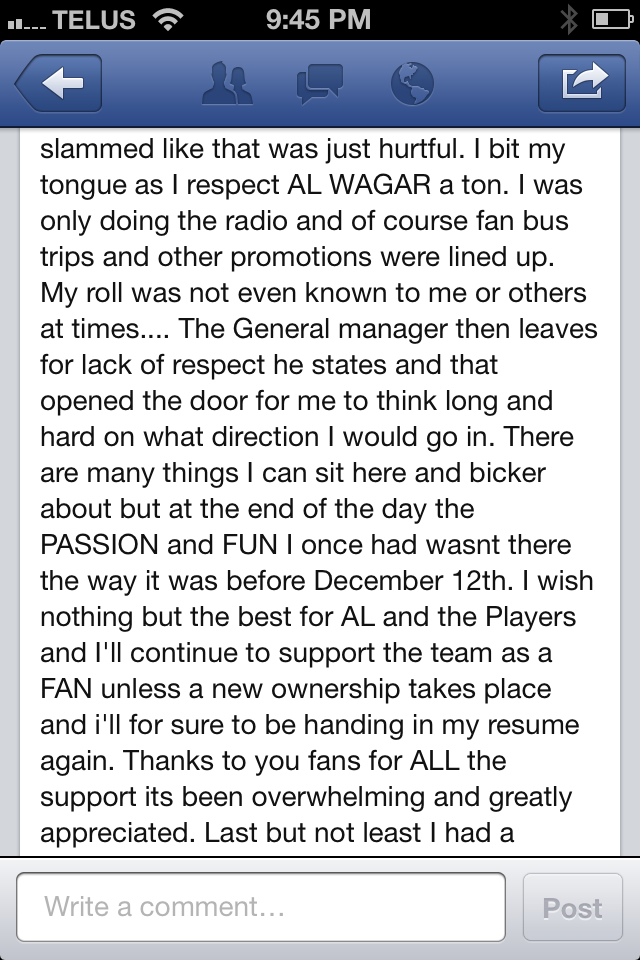 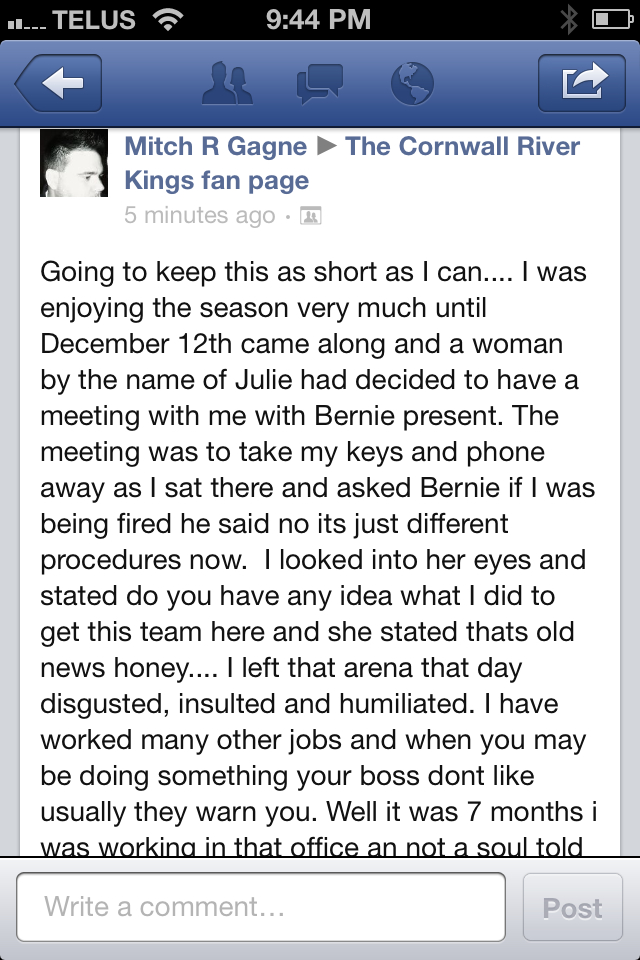 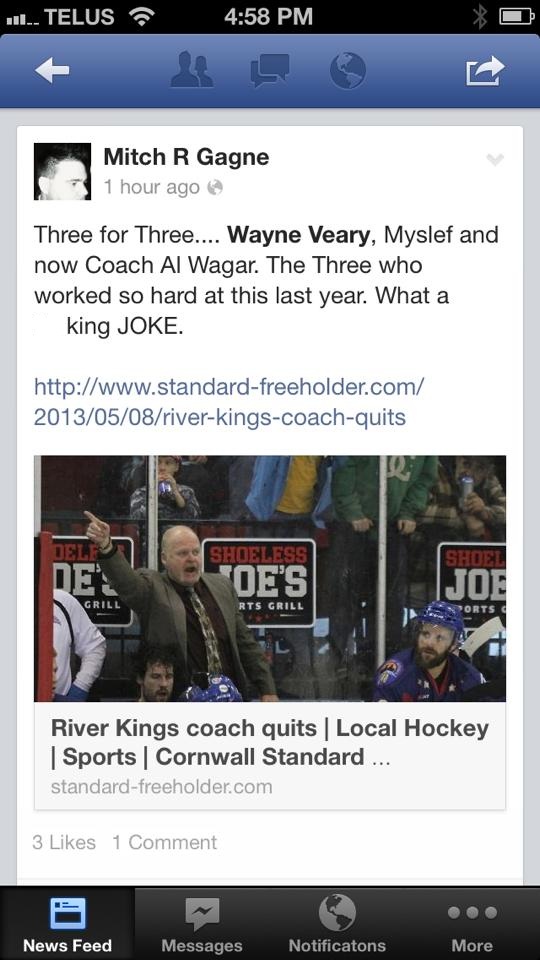 CFN – The Cornwall River Kings first year has been quite an adventure. The screen caps above are from former team exec Mitch Gagne as he was departing and now local Super Sports reporter Todd Hambleton from the Free Holder is reporting chapter two.

“Bernie wants to go in a different direction, and I don’t believe in the group of people he’s put together to bring this team forward … I’ve been in the game too long (to work under those conditions).”

Lapierre thinks the new organizational format is important for the team, after a turbulent first campaign that saw director of hockey operations Mitch Gagne and general manager Wayne Veary both leave the club before the season was half completed.

“We had a lot of bumps and bruises all year with people leaving,” Lapierre said.

“I felt bad for Bernie (Villeneuve), and basically all we’re trying to do now is put in some guidelines, run it like a business … I have a contract now (as the team equipment manager), everyone will have a contract.”

As for Wagar’s decision not to return, Lapierre thinks it’s unfortunate, but he also believes the club can thrive.

“But, at the end of the day, I just think he had too much on his plate. He basically ran the whole show last year, and it was hard on him.

“All (the structural changes were) about was taking some weight off his shoulders.”

Lapierre noted that everyone involved on the newly-formed committee is a volunteer working for free.

Cornwall loves a winner.  If you build it they will come.  It should be interesting to see what happens next season.  CFN was excited about the new team coming to town, but Mitch stated the team had no interest in working with the city’s largest and most read newspaper so we wrote about NHL hockey which drew over 200,000 page views over the season. What do you think about the River Kings Cornwall?  You can post your comments below.

The Cornwall River Kings Bumpy First Season Continues as Al Wagar Storms Off – May 8, 2013 added by admin on May 8, 2013
View all posts by admin →

3 Responses to "The Cornwall River Kings Bumpy First Season Continues as Al Wagar Storms Off – May 8, 2013"