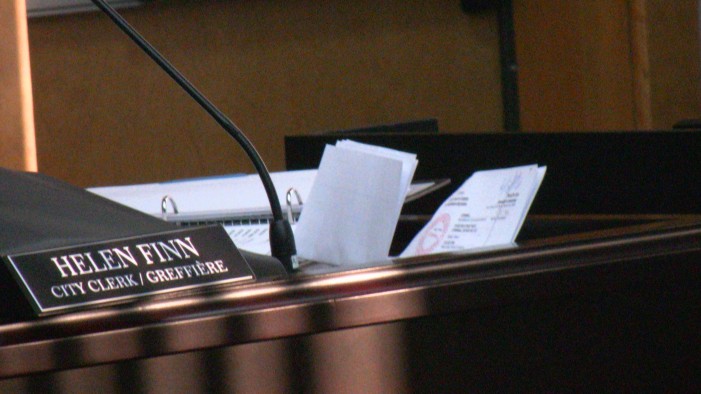 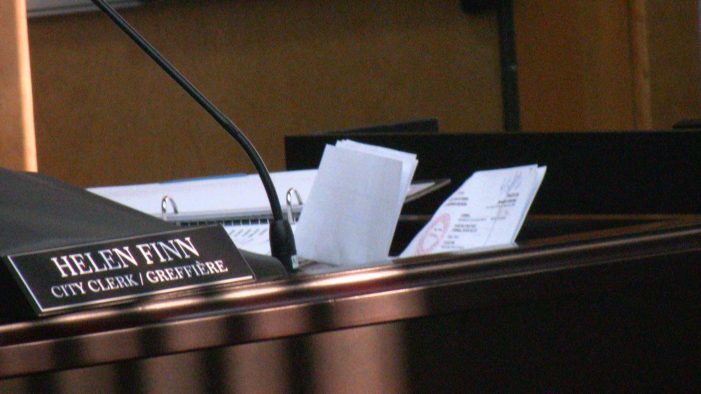 CFN –    Omg!  One of the local media in Cornwall actually picked up the story of CFN issuing suit against the Mayor and the City over the incident of the February 25th Council meeting where Mayor Bob Kilger hit the panic button and had me removed from council because he didn’t like the t shirt I was wearing.

For those of you that never saw the shirt that’s the image that was printed on it. (right)

First off they did not contact or speak with myself or my co-owner.  With only quotes from the Mayor and city clerk there is no balance to Cheryl Brink’s piece.  And Ms Brink knew about the lawsuit the night I served the  papers in Council as I shared it with the media table upon my return.

Two, for some reason, they refuse to refer to us as a Newspaper which CFN most certainly is.   We are an online newspaper.  We are the most read newspaper in Cornwall Ontario.  We’re on Google as newspaper, and sites like the Canadian equivalent to the Drudge Report Bourque.com.  Oddly enough the Free Holder isn’t there.

What they and the mayor do when the slur CFN is not only disrespect a local company, but they are disrespecting our over 42,00o viewers per month and sponsors; some of whom are the same as their own.  Does that make sense?

Taking a quick peek at Alexa.com CFN is miles ahead in the rankings as well with a Canadian score of 4,435 and are the #9 website overall in Cornwall (the Free Holder is ranked 6,464 with no mention of a Cornwall ranking)with over 1/3 of the population of Cornwall Ontario clicking at least once on content on CFN in April, and that doesn’t count our Social media streams on Facebook and Twitter.   Our Klout.com score is 65 (100 being best) while the Free Holders is only 53 and the Ottawa Citizen is 7o for comparison.

I doubt that Ms Brink could produce a receipt for accessing the court documents.   The piece looks like what it is; city spin with a city that refuses to state how much was spent on advertising in 2012 which if presented would show the Free-Holder at the top of the list.

For example CFN charged for all of 2011 to post the City Bulletin less than the Free Holder charged per month and in 2012 CFN sent more web traffic to the City’s website from old archived banners than the advertisers they were paying in 2012. (info from the city of Cornwall)

I guess Friday night will be Claude McIntosh calling me a pinhead again and telling the world what a swell guy Bob Kilger is; maybe he’ll come up with some startling revelation.

Reg Coffey of Coffey’s Coffee who is the only minority shareholder of CFN had the following to say.

Our lawsuit is a reasonable last resort effort to hold the Mayor and the city responsible for it’s discriminatory actions against our business. The Mayor’s interpretation of the rules too often has to be defended by lawyers instead of using common sense and decency.

As for Ms Brink and her employer I personally find it sad that the Free Holder behaves in this most unprofessional manner.   I was taught that there is a responsibility for telling the truth in media; something I know in far too many cases doesn’t occur.  Omission can be perceived by some to be a form of not telling the truth.

The Freeholder also isn’t allowing comments on Ms Brink’s epic.  Another red flag when it comes to truth telling. Are some people that afraid of the truth?  I was asked why I chose to issue suit against the mayor and city.   The answer is simple.  To get the Mayor on a stand, under oath, so that some simple truths could be shared.    The route chosen was the fastest one available in our court system; the one that could be delayed the least.

Maybe, just maybe,  some truth will be exposed.   It will be an open court and the public will be able to come and watch the proceedings.   And again, according to the report from Ms Brink if accurate,  the city again is having to pay the Mayor’s legal bills instead of him being accountable for his own actions.

One Sided Story by the Cornwall Standard Freeholder over CFN Lawsuit Against the Mayor & City of Cornwall added by admin on May 16, 2013
View all posts by admin →