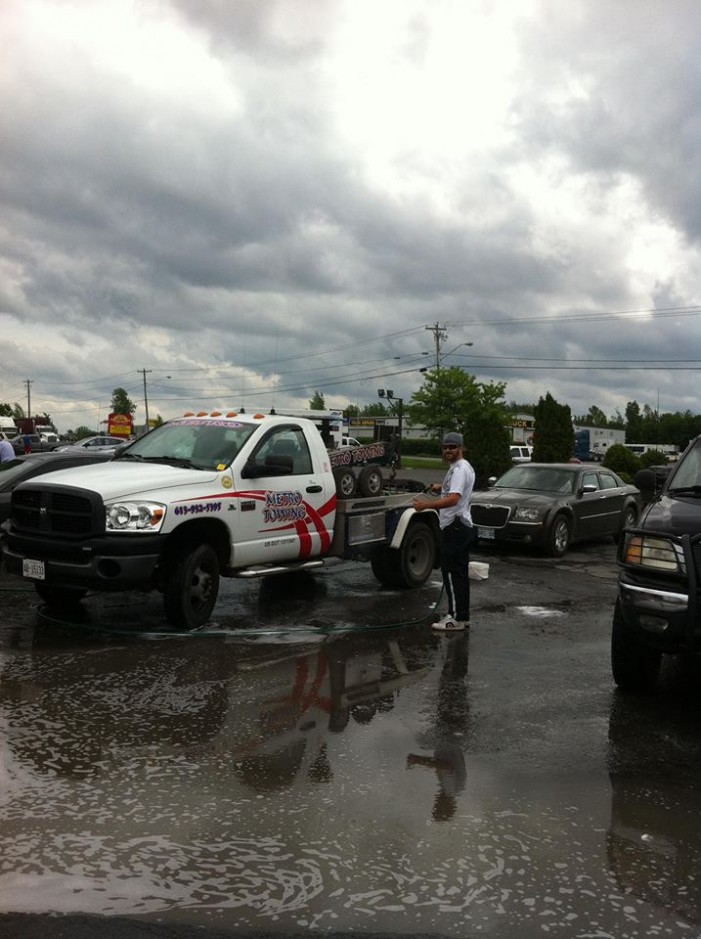 And today many in that family pulled together to have a Car Wash Fund Raiser at the 5th Wheel Truck Stop so that a reward could be put together for the Apprehension and Conviction of the person(s) who set fire to the City Towing and Recovery Truck May 20th.

It was the second time that the single truck company had seen its vehicle burned to a crisp. So Bill Fell from City Towing and TJ Atchison from Cornwall Towing organized the fundraiser which has accumulated over $600 as of press time.  Metro Towing had 3 vehicles torched as well over the last year.

Even though we tow operators work for separate employers the majority of us consider each other brothers & do our best to look out for one another.

The public can email citytowrecovery@gmail.com or call Bill at 613 936 1703 if they wish to help.

No arrests or charges have occurred since the blaze.