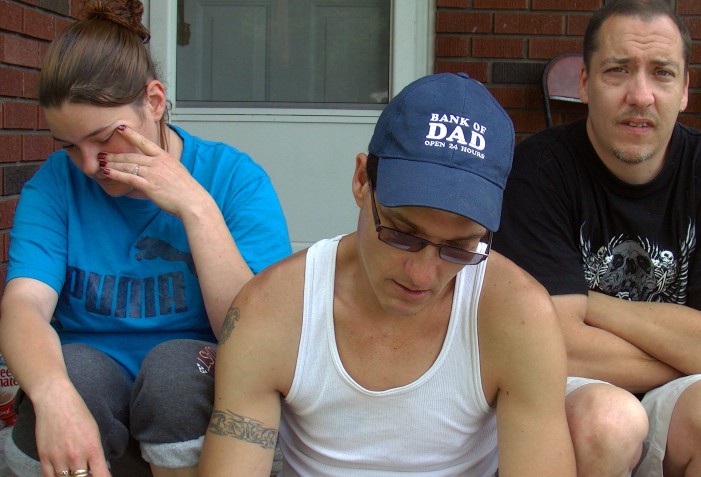 CFN – Cornwall Police have confirmed that after viewing CCTV footage no conclusive proof was seen.  The cameras are not fixed in one spot and only part of the area was covered.

CFN can also confirm as of print time that there have been no charges issued by the police, but that the investigation is continuing.

I met with Mr. Nicholas Dougan who is sporting stitches over the bridge of his nose incurred by the sister of Kevin Langlois after his ear had a chunk bitten off.   It was not found at the scene and there was no confirmation if it had been swallowed by Mr. Dougan who is an attorney practicing in Cornwall. Mr. Dougan was clear that he would not make any comment to media at this time as well.