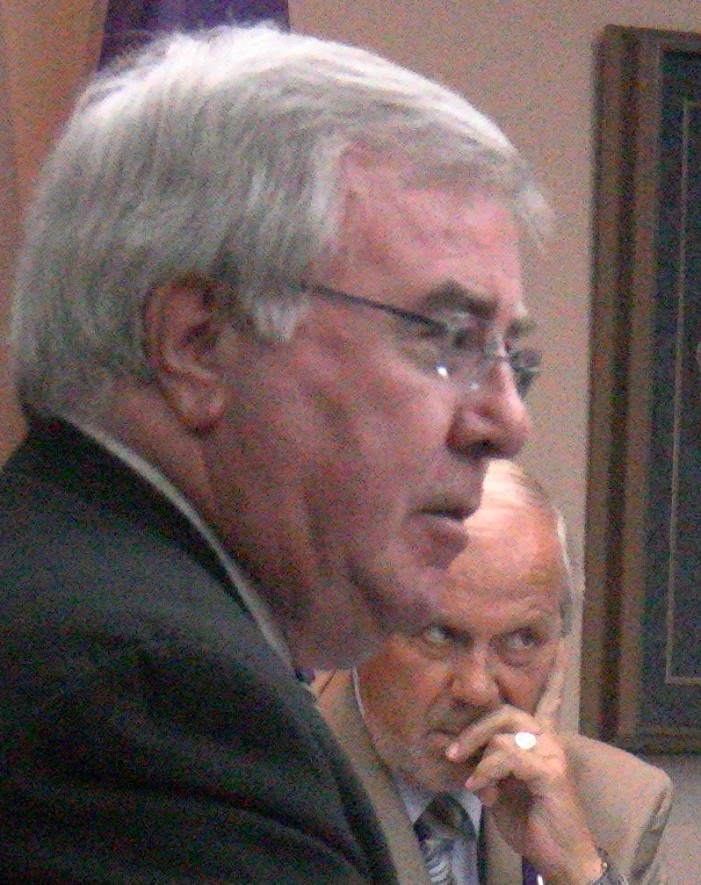 CFN –  Dick Aubry was guest speaker last night.  Mr. Aubry has a lovely unit in our Cotton Mill lofts and facilities like Condos and apartments are usually serviced by private service waste services such as Tomlinson.

The city currently helps offset the cost of these services by issuing a credit for the dump tipping fees.

I spoke with Mr. Aubry this morning and he shared that for his building it costs approximately $3,600 per year and that the city kicks in $1,600.

Of that $1,600 the city does not have to collect trash from any of the units thus reducing their collection costs.

It also means that all the owners in that facility don’t trundle bags to the curb which could impact the street with animals and people rifling through open garbage bags.

The city estimated it’d save over $200K with this measure that impacts several apartment complexes as well as the growing condo units in the city.   In Mr. Aubry’s building for example residents on all five floors simply dump their trash down a chute so that there’s less clutter in their units.

The issue at hand is the way that the city has handled this process.   There was apparently no real consultative process with building owners.  Mr. Aubry stated that his group only found out in April from  their waste disposal company and the city after it was all said and done.

He estimated that it’d cost about $30 per door per month which ultimately could be easier consumed by higher end condo buildings, but smaller lower scale apartments could end up with litter on the street and higher cleaning fees for the city.

Mr. Aubry, former mayor and councilor made quite an impression on some of the councilors, but the larger question simply is why the council and city failed to bring in those paying the freight into the discussion and debate before implementing the new Garbage policy that many condo owners and apartment dwellers feel is singling them out.

Likewise is Mr. Aubry’s “star power” at City Hall a factor in council opening the question again and perhaps changing course?  If that occurs how many tax dollars will have been wasted on what many consider a faulty process?

What do you think Cornwall?  You can vote in our CFN poll and post your comments below.