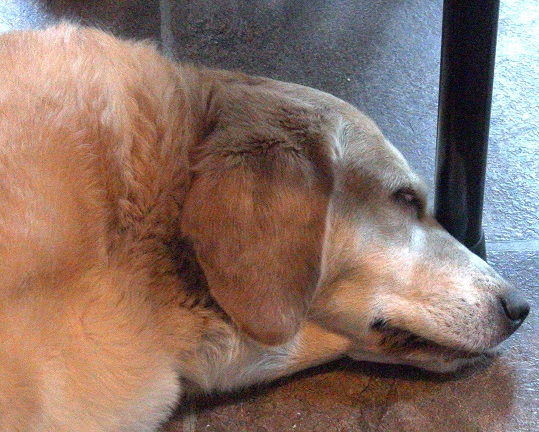 CFN – For Amanda Stevenson and her mom Karen it was a shocker Monday night coming back to Amanda’s apartment on Montreal Road in Cornwall Ontario.

All was quiet, and Biscuit, the dog Amanda has owned for over 9 years was gone.   After a frantic search she found a note on her table from her landlord, one Wolfe Vracar, stating that he had taken the dog.

I received a complaint regarding your dog making noise again!!!   I told you the dog has to go!   You can’t leave the dog alone!!

The women were stunned and a call to Cornwall police led to Mr. Vracar phoning the Stevensons.

I spoke with Mr. Vracar’s wife Judy today who said that the dog was well taken care of; given food, water, and treats and was quite happy with her for the night.   The Vracar’s have a horse farm with many pets.   Judy said she and her husband were concerned that the animal wasn’t being cared for, and that a call to authorities stated that as long as the dog had food and water there wasn’t anything they could do.

Judy also said she was concerned that if the OSPCA had taken the dog they might have put it down as it’s old and quite lame.

A dog of Biscuits size and age would be approximately 70-80 years old in human years.

Calls to Bonnie Bishop of the OSPCA had not been returned as of Press time.

This morning Mr. Vracar turned Biscuit over to Karen, his tenants mother; but not before allegedly refusing to turn the dog over until Ms Stevenson signed a document stating that Biscuit is not to return to his building.

24 Responses to "Biscuit the Dog Home After Landlord Abduction in Cornwall Ontario – June 18, 2013"