Rally at McGill College in Montreal on Sunday June 30, 2013 Over Language Rights & Bill 14 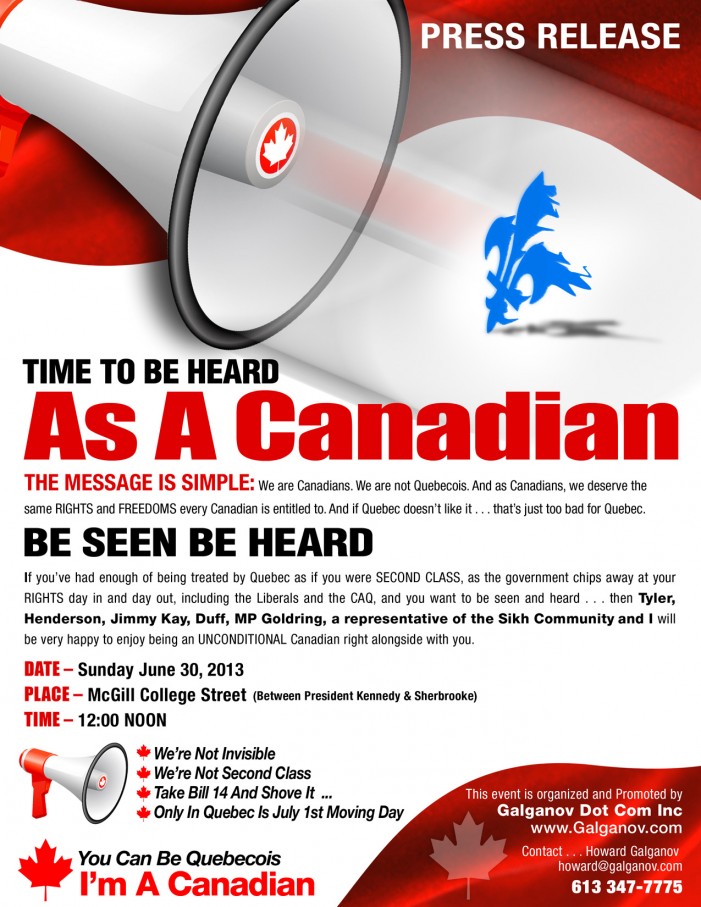 There’s a rally, Sunday June 30, 2013 in front of McGill College in Montreal organized and promoted by Howard Galganov of Galganov.com.