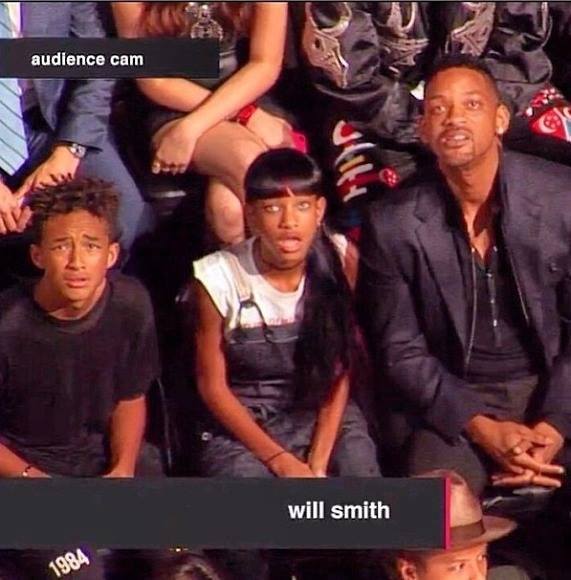 CFN – Kinda staged looking pic, huh?    The rage of media was one Miley Cyrus and her gyrating musical performance at an award ceremony.  (sorry, no free love on CFN)

I’m not here to judge.  Heck if you’re reading this you’re probably one of the hopeless billions that would care more about one skinny assed girl dressed like a 12 year old she devil trying to make like Madonna in the 80’s (she who destroyed Western Civilization)

The media frenzy is the most interesting thing of the whole performance as one; Miley isn’t that hot; doesn’t have that big a booty; can’t dance worth squat; and is only a very mildly good vocalist.

Even the Onion got into it with MA Meredith Artley putting it amazingly succinctly:

There was nothing, and I mean nothing, about that story that related to the important news of the day, the chronicling of significant human events, or the idea that journalism itself can be a force for positive change in the world. For Christ’s sake, there was an accompanying story with the headline “Miley’s Shocking Moves.” In fact, putting that story front and center was actually doing, if anything, a disservice to the public. And come to think of it, probably a disservice to the hundreds of thousands of people dying in Syria, those suffering from the current unrest in Egypt, or, hell, even people who just wanted to read about the 50th anniversary of Martin Luther King’s “I Have A Dream” speech.

So stupid people here you go; our own Miley offering.  So while wealth is being constricted from most of the planet into the 1%; and you lose your home and jobs while food and gas go up insanely price wise, and wars and terrorism erupts around our tiny blue marble you get to watch a skinny girl performing an under age pseudo sex scene on your phone while probably drinking a diet beverage and bubbling countless cancers in your body,  or drinking fluoridated water.

What a hopeless world.

The problem isn’t Miley or her industry.   The problem is a world that chooses to place a celebrity and importance on these instances over the real life and death issues on the planet.  Scary…

Our Hopeless World Reacts to Miley Cyrus Lame Dancing While the World Burns by Jamie Gilcig added by admin on August 27, 2013
View all posts by admin →