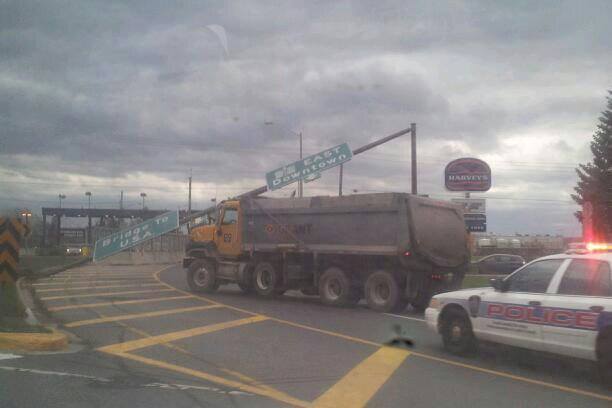 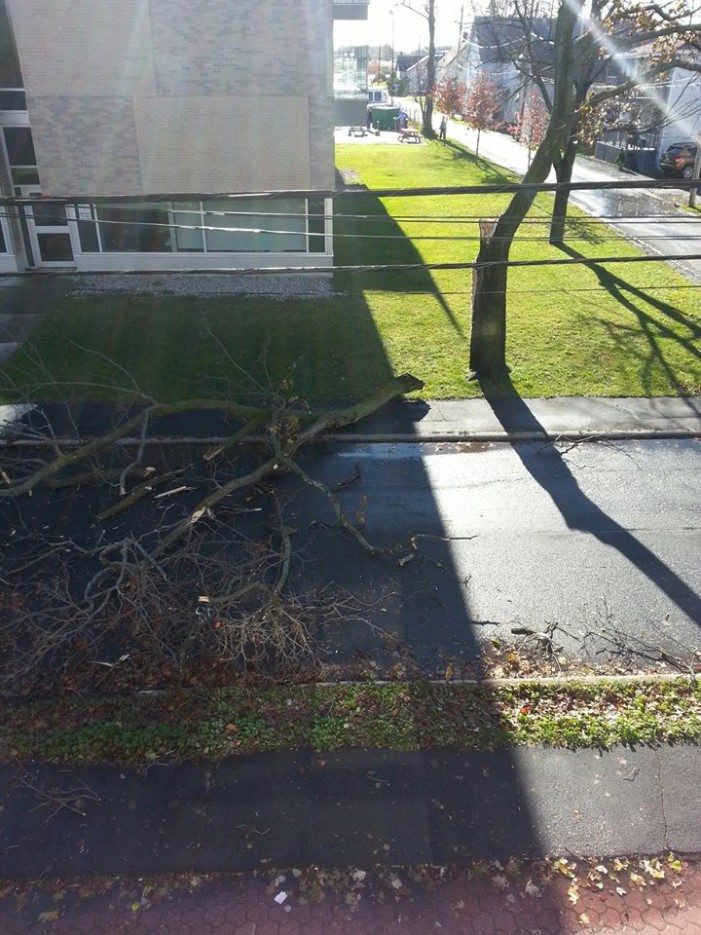 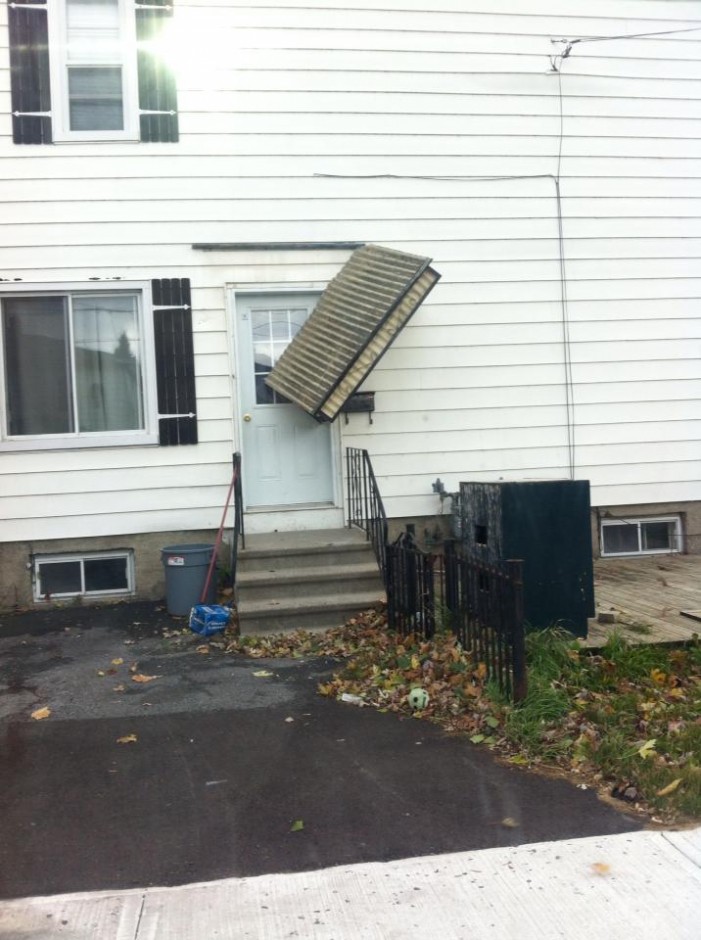 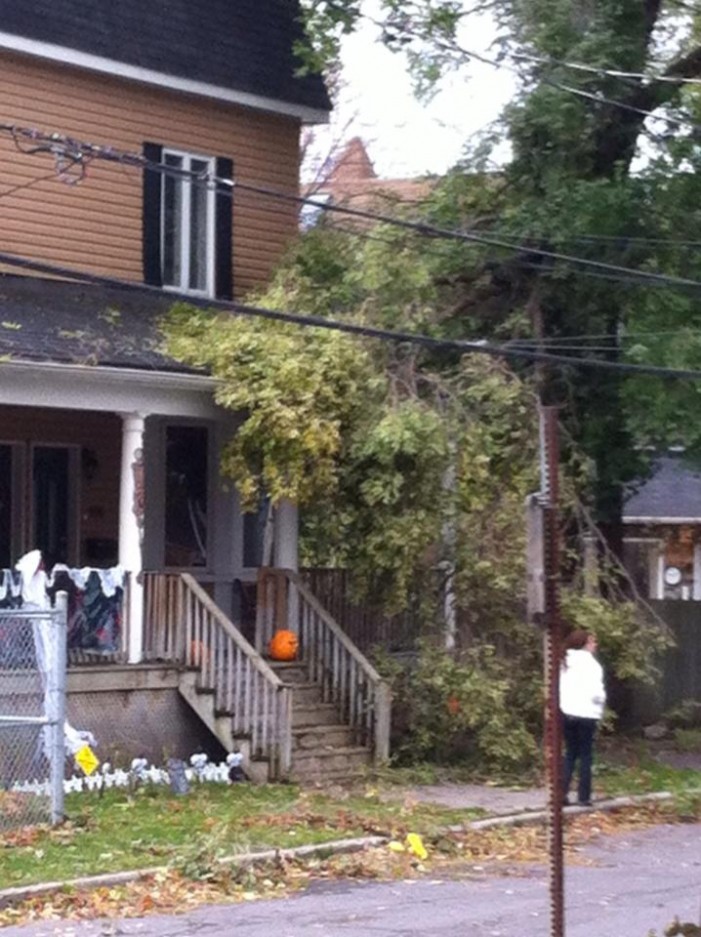 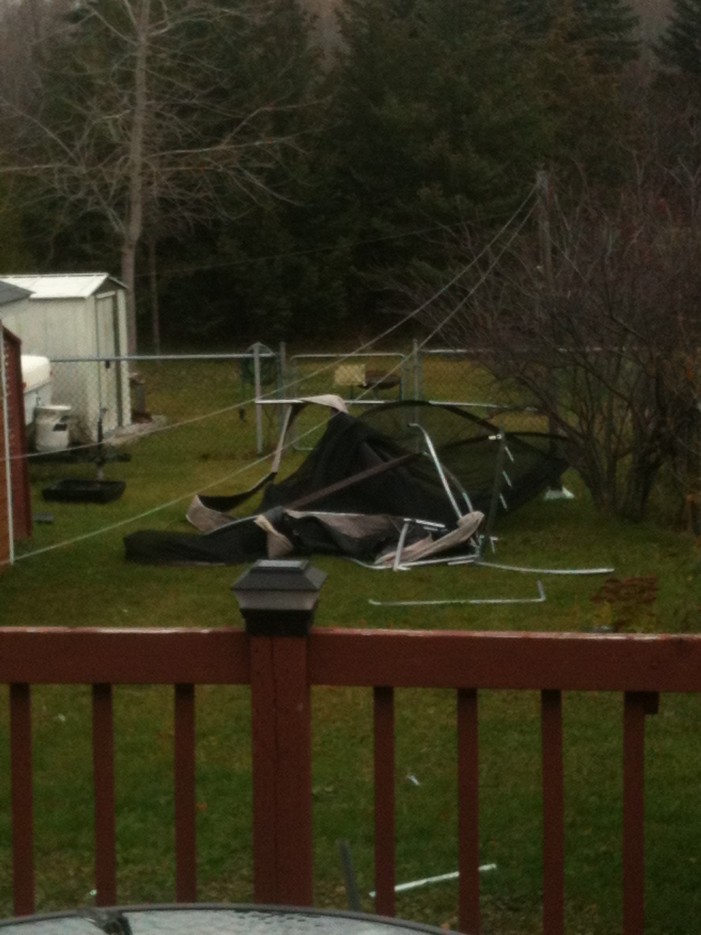 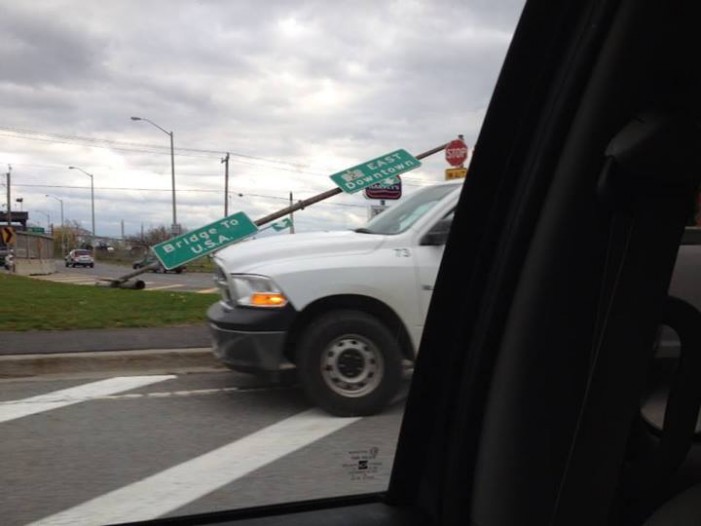 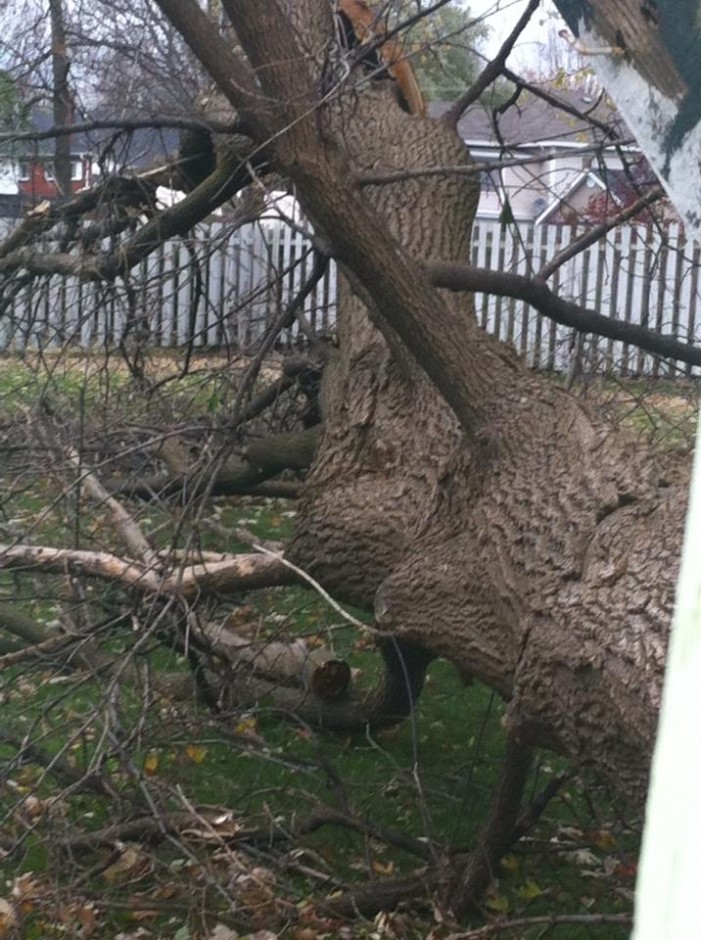 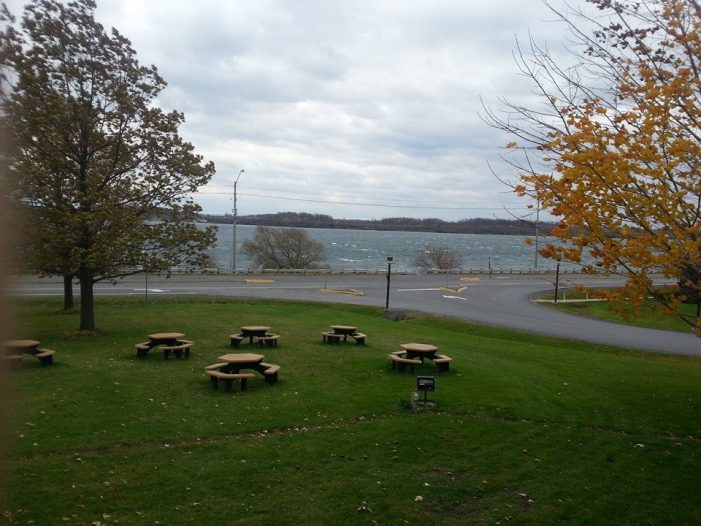 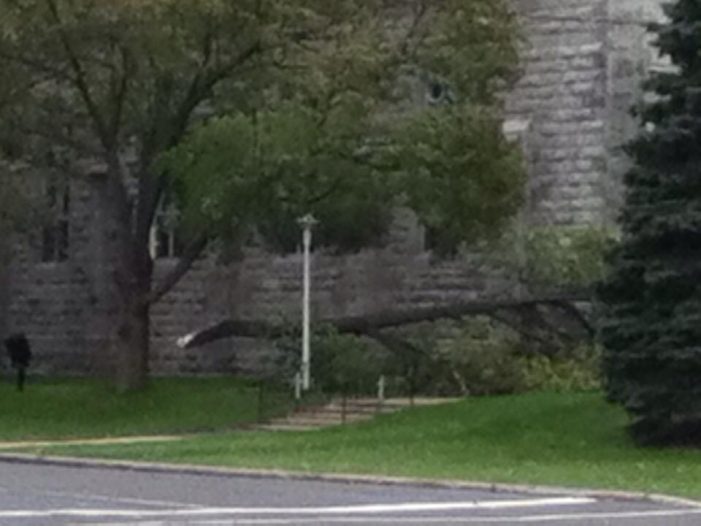 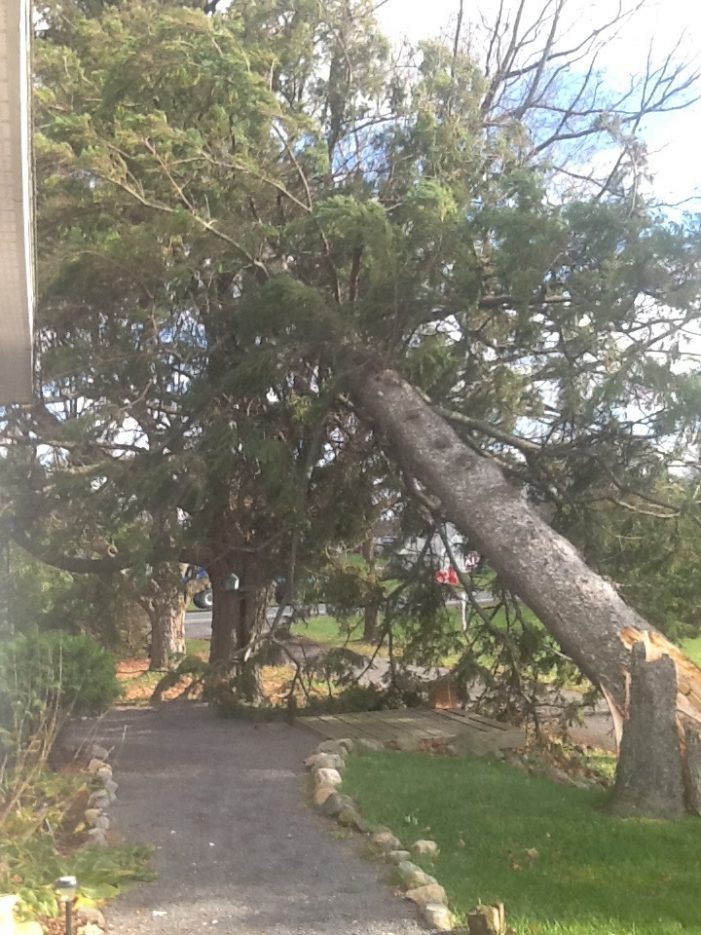 Cornwall ON 03:15 pm- Cornwall Police are advising motorists to avoid the area of Brookdale Avenue southbound towards the International Bridge.  There is a large sign down on the roadway due to the high winds.  The area will be cleared as soon as possible. Judy in Cornwall sent in another bridge sign pic

Cornwall Ontario – High winds are playing havoc in the region.   There is a weather warning in effect and as you can see above the Cornwall Police Service has issued an advisory after a sign fell. Doug sent us this pic from 1st Street West and Mulberry. Sherri sent in this pic from 3rd near Amelia and 3rd near Sydney. Tracy sent in this pic of her neighbors former trampoline. Shari sent in this pic of a tree that fell. Patrick sent this pic of the surf near Nav Can as the mighty St.Lawrence is getting choppy! Power was out in Cornwall due to poles and wires coming down in the North end.  It was fairly minor and power is off to less than 100 customers at this point.

We will update as more photos and video arrive!

If you see news happen email your photo or video to info@cornwallfreenews.com

You could win River Kings or event tickets!