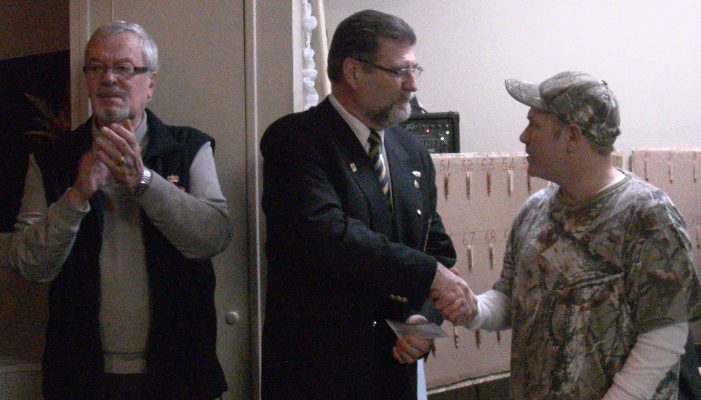 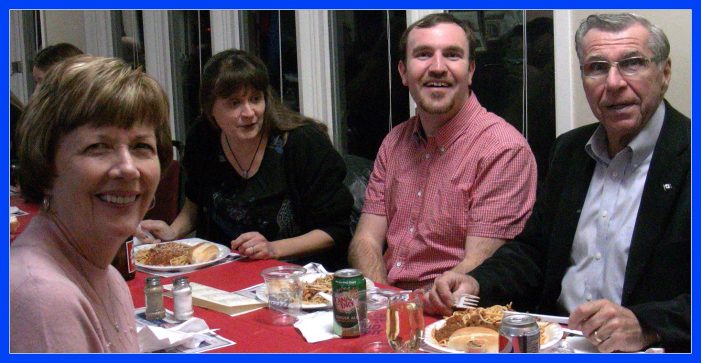 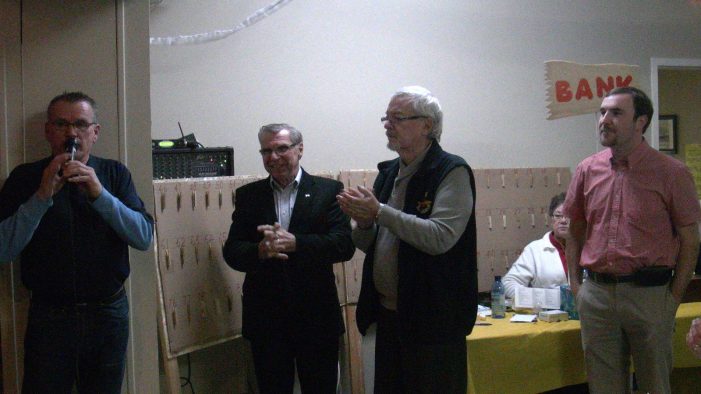 Cornwall Ontario –  Dean Laponsee has been inspirational to his community and his story is something that is a tribute to the spirit of caring that exists in the Cornwall Ontario region. When he was struck with septic poisoning that required him to become a triple amputee and nearly perish it was a challenge that many would succumb to.

But Dean, like the community itself showed a strength and resiliency that resulted in an amazing evening where hundreds attended the RCAF Wing in Cornwall Ontario and raised over $20,000 to help offset the costs that he has and will incur.

Carole Poirier gave me a tour of the many volunteers; many of whom work with Bereaved Support of Cornwall.

I spoke with Dean, but there were so many that wished to talk with him that I kept it short! MP Guy Lauzon joined by his wife Frances and new Warden of SD&G Eric Duncan were on hand for the presentation as well as Mr. John Fisher from the Morrisburg Lion’s Club.   The Lion’s donated a Cheque for $5,000! Mark A MacDonald who pulled the event together at the Wing, Guy Lauzon, Ray Summer, President of the Wing and Eric Duncan as Dean walks to receive the first cheque for $12,000!   The final number will be announced soon as money is still pouring in! Dean Laponsee Fund Raiser at RCAF Wing Pulls in Over $20K in Cornwall Ontario VIDEO added by admin on November 28, 2013
View all posts by admin →