CFN One on One with Cornwall River Kings Chris Cloutier & Owner David Small – Did you buy your Tix for the Dec 14th Game Yet? 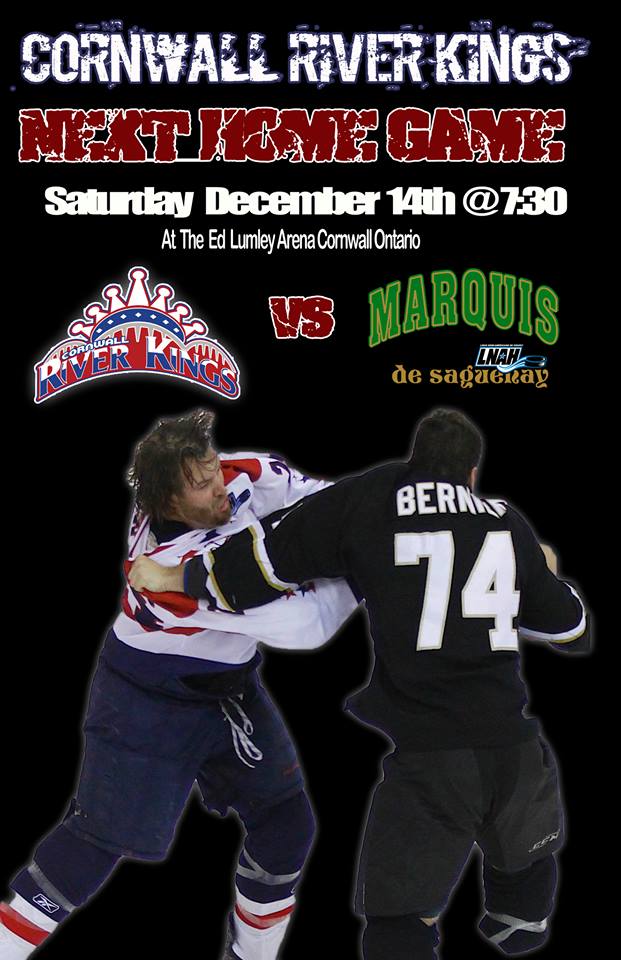 Cornwall Ontario –  The Cornwall River Kings are starting to get into high gear after a change in ownership prior to the start of this season.     A new owner ship group; new player faces, but the same brand of gritty old school hockey have been taking place at the Cornwall Civic Complex and CFN spoke with lead owner David Small(even if he’s a Bruins fan) during last Saturday’s game.

I also had a chance to catch fan favorite Chris Cloutier who is in 2nd place on the the team and 7th in the league in Penalty minutes. He’s played all 16 games, but is yet to register a point.  The savvy veteran talked about life in hockey and whether Goon or Slapshot is the greatest hockey film of all time.

The next home game is this Saturday, the 14th of December at the Ed Lumley Arena in Cornwall! CFN One on One with Cornwall River Kings Chris Cloutier & Owner David Small – Did you buy your Tix for the Dec 14th Game Yet? added by admin on December 13, 2013
View all posts by admin →