In Honour of Loretta, on International Women’s Day by Holly Jarrett March 8, 2014 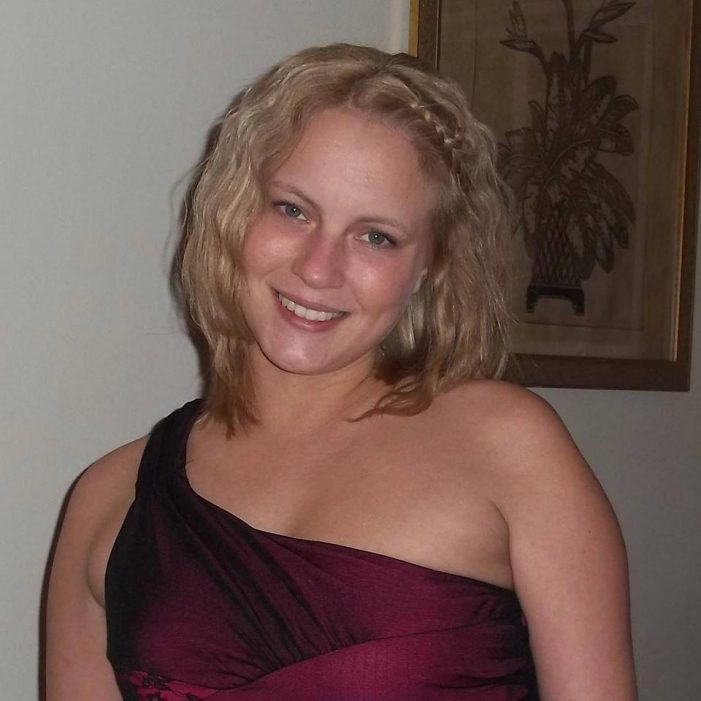 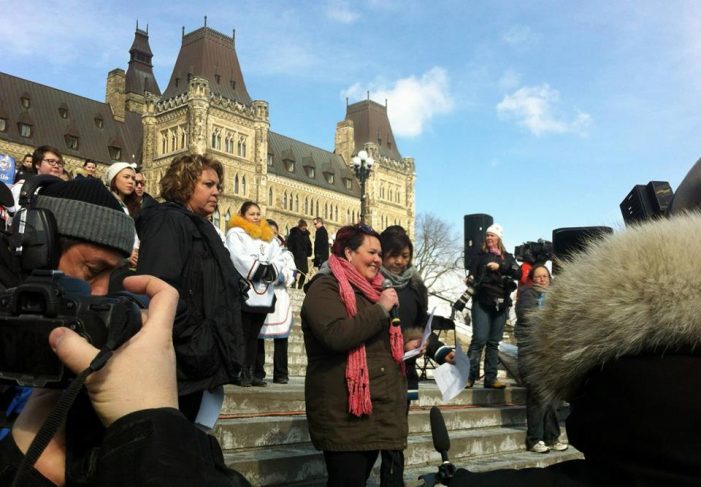 CFN –  Friday February 14th, I was revelling in the fact that I was not infatuated with Valentines Day. Just a regular day! The day however, would change my life and the world forever. I carried through that weekend and didn’t do much different…weekends at our house are full of kids, meals, games and fun.

Monday, the 17th came and there was a heaviness that I normally don’t feel like everyone else does on a Monday. At 3:47 my cousin Christine from Hopedale, Nunatsiavut, NL left a single Facebook message,

Loretta is missing in Halifax

Though I am not close in proximity and distance to my family, there is always a low murmur, a low hum of family related activity and check-ins…I spoke with Loretta’s mother Miriam the most. Miriam and my mother, my Aunt Fran, and Barbara in my family are our keepers. We all talk to one another, though maybe not directly, but I’m sure we all have the same information…a network of women….a few generations span, but nothing less than keepers of our family and our values.

It’s very important as you pay attention to the media, listen to the politicians and petitioners (of which, I myself bear title to), that you understand the family dynamic that Loretta was raised in, and that her drive to write about the crisis and tragedy of Missing and Murdered Aboriginal Women in Canada was part of a very personal relationship with the aboriginal women she was raised by, raised with and protégé of.

It is never our intentions to be given our family members; however it is our gift from creator, from God. Loretta’s family, have all been raised with Christian faith and values. Loretta was a righteous human and truly was not capable of being mean to people, even in times when she should have. It wasn’t that she didn’t have fortitude….she definitely was a confident young lady, as beautiful as she was, her stride and confidence in herself made you aware of her presence immediately. She was however, humble, loving, and very kind and well spoken. She wasn’t a Chatty Cathy, however she was very giggly and I remember many belly laughs after I’d come home from a late shift and talk to her until her ride came, or on the ride home…she babysat for me an awful lot.

The following days were tragic. First, I had heard news that her car was found in Windsor, and of the two people involved, the menial details of who and what and when and where, but all I could think was “…where is Loretta?”. The network of women started the transcendence from keepers to comforters and caretakers…quickly the women all gathered and talked, I heard from my cousin Barb and I called my Aunt Fran, I couldn’t call Miriam. I knew I had to stay strong; I just couldn’t face that sadness from someone I love so much, not yet anyway. I felt completely helpless. I know we all feel helpless at times like this, but this is my family, and what could I do? I don’t have a lot of resources to work with as a single mother, but I decided a proactive poster/flyer campaign was in order, and the media posed an organizations executive director as one who seemed in charge, so I called her, and together we rallied on the hill on March 5th, a week or so after we discovered that our Loretta’s body was left in a hockey bag on the inner median of a busy highway.

We rallied for the change that Loretta longed and yearned for….worked and studied over….we rallied in vigil for her life….a life that cannot go unnoticed.

Loretta was a student in her final graduate year at St. Mary’s university. She was to graduate in May, upon completion of her thesis. Her thesis topic was “Missing and Murdered Aboriginal Women in Canada”. The Native Women’s Association started a petition years ago that called for a national inquiry. They received over 23,000 signatures. The day before I spoke in Ottawa on Parliament Hill, I started the same kind of petition and aimed it at our governmental representative and minister on the status of women in Canada, Kellie Leitch. I have received, since Wednesday Morning, over 65,000 signatures from Canadian Citizens to add to that database of signatures given to the Native Women’s Association of Canada.    LINK

My cousin Loretta was to be a legacy, in passing or in life, she was and is a force that cannot be reckoned with. Her legacy now, has tens of thousands of supporters….more networks of people who understand the importance of women in our society. Her legacy now will continue on in our struggle to have our voices heard in unison…not just aboriginal women, but women.

Would this be different if it were 800 missing and/or murdered white men….black men….Asian women? You bet it would be!! As the public, we are generally not ill informed or uneducated people, and the media does well to keep us in the know. Our current government has been in power far too long and has put us in a situation where we think we have no voice or education, but I believe in Canada, its citizens and believe it or not, in our system, though we need some tweaking now and again.

I believe at this moment our current Government isn’t as concerned with prevention as much as they are with punishment and they don’t seem to bend….but..

anything that can’t bend is bound to break…

…eventually, and it may be their downfall if they can’t look at things in a more well-rounded fashion. Either way we look at it, speaking out and demanding more answers for better solutions and action will be heard…it already has been heard.

Today, two days after our rally on Parliament Hill in vigil for Loretta, a decision by the Advisory Committee on Violence against Women was reached. According to the decision of another request for an inquiry on the exact same topic, there would be no more inquiring done concerning missing and murdered aboriginal in Canada.

As I watched our senators in congress…not once did I hear anyone mention what seemed to me to be the very obvious (I am amused that this comes from a normal citizen with no affiliation to any political parties or organizations like me) …. Peter MacKay mentions at one point, in retort, that over 40 studies and inquiries have already been done over the past years….well…then

WHY ARE WE BURYING YET ANOTHER ABORIGINAL WOMAN???

This conservative government is bothersome, like a mosquito in your ear at night. I believe the Canadian people to be a very fair people….now that we have this much attention….any oversight from the Conservative party is just more ammunition towards a future election failure. Let them bury themselves with their careless abandon of their citizens and their nations’ legitimate and valid concerns and worries, their only burying their chances to hold yet another term. Canadians are not going to sit back and watch Prime Minister Harper’s conservative government ruin our hearts and souls. I just don’t believe it.

I now talk to my mother after a year of silence between us, and I attribute that directly to our angel Loretta and our network of women we have behind us. I have vowed to talk every day, good or bad. Loretta was a kind hearted gentle soul….she sits with us all now….waiting for our sorrow to be over so we can see clearly ahead of us from where we all will go from here. My family, my community, my nation and the world have truly lost a good soul.

In honor of Loretta, for International Women’s Day, and for all of our lost and stolen sisters, I propose we all light one candle and remember how Loretta’s light shines even still….after her passing.

In Honour of Loretta, on International Women’s Day by Holly Jarrett March 8, 2014 added by admin on March 8, 2014
View all posts by admin →

12 Responses to "In Honour of Loretta, on International Women’s Day by Holly Jarrett March 8, 2014"