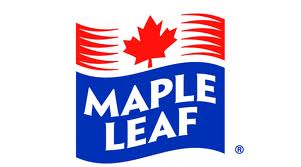 CFN – Maple Leaf Foods Inc., carrying on business as Maple Leaf Consumer Foods and Cappola Food, has been fined $110,000 after a worker lost fingers in a chopping machine.

Maple Leaf owns and operates a meat processing plant located at 25 Lepage Court in North York, Ontario. On July 10, 2012, a worker employed by Maple Leaf at the plant was operating a meat chopper machine. This machine had a cage which enclosed a moving blade; once the cage was lifted the blade would slowly come to a stop. As the worker was operating the machine, the worker noticed that some meat had become stuck in the blade. The worker lifted the safety cage and attempted to use a hook to pull the meat from the blade, which continued to turn. As the worker did so, the hook became caught by the moving blade causing the worker’s hand to come into contact with the blade. The worker suffered the loss of fingers.

The Ministry of Labour investigated and concluded, based on the evidence gathered, that Maple Leaf failed as an employer to ensure that a part of a machine was cleaned only when motion that may endanger a worker had stopped.

In addition to the fine, the court imposed a 25-per-cent victim fine surcharge as required by the Provincial Offences Act. The surcharge is credited to a special provincial government fund to assist victims of crime.