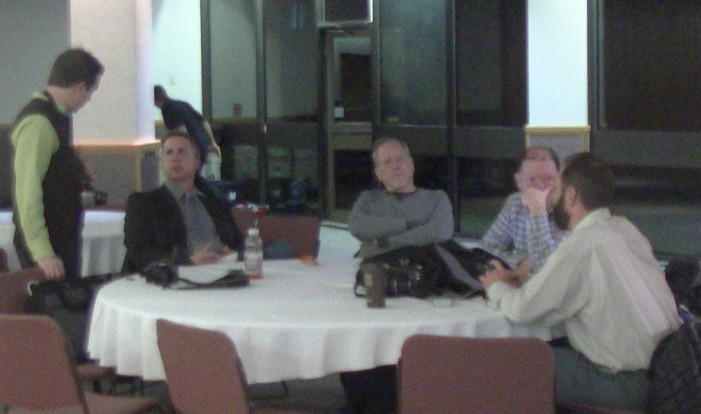 CORNWALL Ontario – Yesterday my inbox was full.  My phone kept ringing and I nearly lost my voice.

I believe you made this happen.
You have made a huge, positive influence against incredible odds.
You have helped to change the culture in Cornwall in a positive way.
I will  savor this one blessing of small positive change in my old hometown.
Regards, XXXXXX

This last term of council frankly was one that should have involved the police.  A lot of good people were hurt including myself and CFN.  We have hung on by a thread through a brutal Kilger council led boycott that includes false police charges which I believe lead to Queen’s Park.   A production order proving I never made any of the declared phone calls has now been around for nearly six months without my charges being dropped.
.
This election was tainted with the same corruption as this last term of council as well.   It was ugly, brutal, and dishonest.  If the Seaway News were a member of the Press Council I’m sure editor Todd Lihou would be sanctioned.   The Seaway News not only refused to interview me as a candidate during the campaign, they also refused to sell me an ad and actively trashed myself and my campaign.
Cogeco  gave me less air time than the other candidates including their manager refusing to allow me to speak with Todd & Chuck on election night.  It was nice to see the former Cheryl Brink back on the job; she too had no questions for me even though she was in the election room most of the night. These people in this picture should not be working in media and that includes Bill Kingston who runs a news site now that links news stories only from the Seaway News and Standard Freeholder both of whom have less readers than we do and who we frequently scoop.   He also links to their opinion pieces.
.
And that folks is why in spite of all of the corruption and burying of the message this election the results showed that the truth can’t be buried; at least not totally.
.
The desired effect of having a lower voter turnout in Cornwall happened, but Mayor Bob Kilger and some of his most loyal supporters, chiefly Glen Grant, followed him down in flames.
.
Clearly the people of Cornwall decided enough was enough when it came to scandals and corruption.   Removing Syd Gardiner, Glen Grant, and Denis Carr was huge.  Even with the skull duggery of Elaine MacDonald and her Labour Council we today have hope for a better future.
.
Was it perfect?  Not at all.  Cornwall still has huge issues to face.   The secret Kilger Waterfront negotiations, will Leslie and his new council open up an investigation to what really happened with the Chem tanks and hold Economic Development responsible?
.
I was asked by a key O’Shaughnessy supporter what I was hoping for.  Of course an end to this City Boycott of CFN; but what I wanted most was simply for our viewers to be respected.  Sadly people like Bernadette Clement, David Murphy, and Carilyne Hebert don’t understand media relations and how we tick and how even if you don’t like a journalist or outlet  that it’s always the viewers that count, and that one day you might not be able to rely on corruption or Union support to be elected.   Just ask Glen.
.
This quote is from the report written by Bob Peters that led to the boycott by the city.

A review of local news websites show that only two allow anonymous posts: the Standard-Freeholder and the Cornwall Free News. Both sites have some moderation of comments, but a review of activity over the past several months have led staff to concur with the generalized assessment of the practice by the American Journalism Review: “Comment sections are often packed with profanity, and vicious personal attacks.”

Clearly CFN is not often “PACKED” with profanity or vicious personal attacks and clearly the Seaway News, as few comments as they allow online, do allow anonymous posts.    And that quote from the AJR has never been found to date.
.
CFN actually has the most stringent rules in effect that prevent much of what people really get upset about when it comes to anonymous comments.  If you don’t believe me you can see trolls complaining about them on the Standard Freeholder frequently.
.
City Hall has refused us on multiple occasions to have our moment in open council to rebut a clear lie that was issued by staff.  There have been many other lies and as most know “Lies travel much faster than the truth.”
.
This council has a chance to right many wrongs from what has been done at tax payer expense to this community and this newspaper to Whistle Blower Diane Shay.     There is a real chance to effect healing and move forward and help build Cornwall.    The question is will Mayor Elect Mr. O’Shaughnessy and his council take that road or will it be business as usual in Cornwall?
.
Clearly there is a lot of work that needs to be done if we are to move forward.   The first test was sent out yesterday to the new council with no reply as of this story.
.
The people of Cornwall have spoken and they clearly wanted change.  That’s a good thing and something we all should be proud of.  Now the question is will we truly see that change?
.
The answer lies in the words, deeds, and actions of 11 elected officials and the policies and directions that they tender to staff and agencies connected to City Hall.     CFN has withstood a strange term of political weirdness.  We’ve seen a lot of dragons slain.   We will remain vigilant and reflect the news which clearly you the public appreciate by the amount of clicks you make including nearly 50,000 page views  according to google analyticator the day of the election.
.
What do you think Cornwall?  Will Mr. O’Shaughnessy and his new council change the game in our city?  You can post your comments below.
Top Photo: Facebook

Thoughts on this 2014 Cornwall Ontario Election and the New Council by Jamie Gilcig added by admin on October 29, 2014
View all posts by admin →