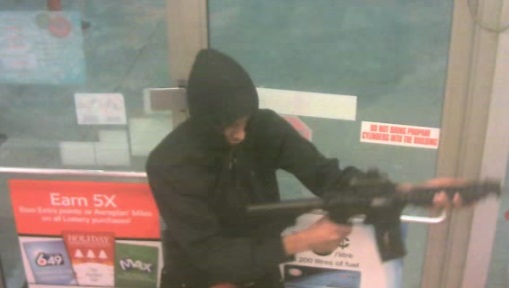 CFN – The Toronto Police Service is requesting the public’s assistance identifying two men wanted in connection with an armed robbery.

– armed with an assault rifle, one of the men stayed by the front door, pointed the gun at customers and employees, demanding money, and robbed one of the customers

The man with the gun was wearing black pants and a black hoodie. The other man was wearing a dark coat with two white stripes around the waist and cuffs, and a bandana on his face.