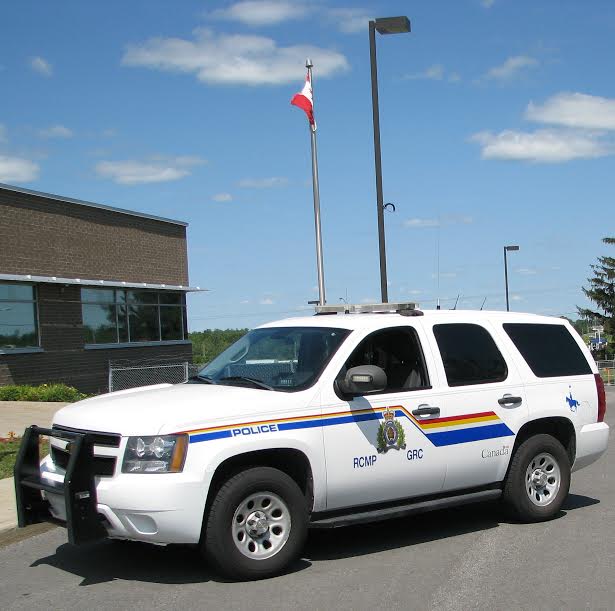 From August to September, the Cornwall Regional Task Force (CRTF) members arrested 5 individuals and the following items were seized:

On August 4, 2015 members of the Cornwall Regional Task force (CRTF) marine unit observed a large vessel travelling eastbound on the St Lawrence River without navigation lights. The vessel was seen stopped at an area south of Pointe Trépanier, in St-Anicet, Quebec. Sûreté du Québec (SQ) was called to assist on land as four (4) individuals were seen waiting on shore. The vessel attempted to evade police and ended up bottoming out near shore. The two (2) people from the boat jumped to shore and fled on foot in the dark and at the same time, a white van quickly drove away from the scene. Police seized the vessel, which was a 24 foot Orca style boat with twin 300hp engines, thirty (30) bags of fine cut tobacco weighing 366kg. No arrests have yet been made and the investigation is still ongoing.

Information was received by the CRTF on September 2, 2015 regarding a male allegedly selling contraband cigarettes out of his residence. CRTF officers observed a male in a pickup truck making a delivery of two garbage bags to the occupant. Police arrested 55 year old Randy JAECK of Cornwall and the driver of the truck, 58 year old Thomas BENEDICT of Akwesasne Ontario. Both men were charged under the Excise Act, 2001, for possession of unstamped tobacco. A search warrant was obtained to search JAECK’s residence where they located two garbage bags which contained a total of 117 cartons of contraband cigarettes. A 2010 Chevy Silverado pickup truck that was used to transport the cigarettes was also seized. Both men were released on a Promise to Appear (PTA) and will return to court on November 24, 2015 in Cornwall.

On September 3, 2015, CRTF members observed a vessel with two persons on board, travelling eastbound on the St Lawrence River near Lancaster without navigation lights. The vessel was seen approaching the shoreline near Bainsville. The officers then observed the vessel depart the area shortly after. Police attended the area and located a large quantity of garbage bags containing fine cut tobacco. A total of 830 kgs of fine cut tobacco was seized from 70 bags. The investigation is continuing.

On September 14, 2015 Ontario Provincial Police (OPP) were patrolling Highway 417 in the Hawkesbury area and initiated a traffic stop for a traffic offence. As a result of the stop, two occupants were arrested. The vehicle was searched incidental to arrest and 19 cases of contraband tobacco were located. The CRTF was called in to assist. The 21 year old driver, identified as Joshua CLARK of North Bay, Ontario and the 29 year old passenger, Ryan O’HARA of Sturgeon Falls, Ontario were both arrested under the Excise Act, 2001, for possession of unstamped tobacco. Both were released on a PTA and their first appearance date was October 21, 2015 at the L’Orignal courthouse for the Excise matter.

On September 23, 2015, members of the CRTF marine unit were patrolling the St Lawrence Seaway and observed a suspicious vessel travelling east on the river. Once the operator of the vessel detected police, he picked up speed and headed north. The operator rushed to shore and abandoned the vessel near the shore in the Bainsville area. Officers arrived on scene and found the boat abandoned and loaded with cases of contraband cigarettes. Land units attended the area and saw the male enter a heavily wooded area. The area was secured and the OPP K-9 unit tracked the individual who was located a short time later. The male, identified as 21 year old Jason ANDERSON of Cornwall, Ontario was arrested under the Excise Act, 2001. The officers seized 30 cases of contraband tobacco as well as the duck boat and a 225hp motor. ANDERSON was released on a PTA for November 10, 2015 in Cornwall court.

“Officers have been working diligently to curb the illegal smuggling activities that prevail in Cornwall and the surrounding area.” said Inspector Steve Ethier, OIC of Cornwall RCMP.

The CRTF is a joint forces partnership that includes the Royal Canadian Mounted Police, Ontario Provincial Police, Canada Border Services Agency, and the Ontario Ministry of Finance. CRTF would like to extend our thanks to the Sûreté du Québec Service des enquêtes sur la contreband-Valleyfield and Valleyfield RCMP for their assistance.