Habs Fall Behind Senators After Bruins Whip Them 4-1 in Montreal by Jamie Gilcig JAN 20, 2016

What many Hab fans thought impossible has happened this season.   Montreal has fallen behind Boston and Ottawa, and now is two spots out of a Wild Card berth for a play off spot. The Bruins helped themselves in easily knocking out Montreal with their 4-1 victory at the Bell Centre. To add insult to […]

The Standard Freeholder has been around a long time.  The newspaper, after only being owned by the Sun chain for a brief time, ended up with Post Media after they consumed the chain. Where you had contrast in many Canadian cities with a Sun tabloid vs a broadsheet many cities have two papers owned by […]

Curling Club Robbery in Morrisburg OPP Round Up JAN 19, 2016

BREACH OF CONDITIONS (North Dundas) – On January 18, 2016 at approximately 9:54 pm, Stormont, Dundas & Glengarry Ontario Provincial Police officers responded to a report of a youth breaching his release conditions in North Dundas Township. Investigation indicated a male youth was in contravention of previous release conditions.(Attend Educational/Vocational/ or Work program) The 16-year-old […]

FRAUD   Cornwall, ON – Katherine Scanlon, 35 of Cornwall was arrested on January 18th, 2016 and charged with fraud over $5000.00. It is alleged that she failed to declare changes in her living arrangements to the Ontario Works Resource Centre between September, 2014 and April, 2015 which resulted in an overpayment of $ 5158.00. On […]

While many Habs fans are in the doldrums over the team’s epic fall from grace including a record month of losses pressure is mounting on GM Marc Bergevin. The Wunderkind is under the gun to resolve issues on the team that simply have not been addressed.    As Zack Kassian provides exactly what he was […]

By admin on January 18, 2016   FEDERAL Politics, Letters to the Editor, Politics

Re:  The cash crunch of commitments: uncosted spending vows lurk for Liberals, Andy Blatchford, 01/17/2016 1 The Bank of Canada can never run out of Canadian dollars, nor can the federal government which owns it.  In keeping their promises, Liberals should not be deterred by deficits, because if necessary these can be run indefinitely. In […]

Snow is covering the Seaway City with about 8 to 10 CM of the white stuff falling from Sunday night to Monday morning. Flurries will taper off as we head to a low of -18c overnight with up to 5 cm more expected Tuesday. No school bus delays or school closings have been reported. Submit […] 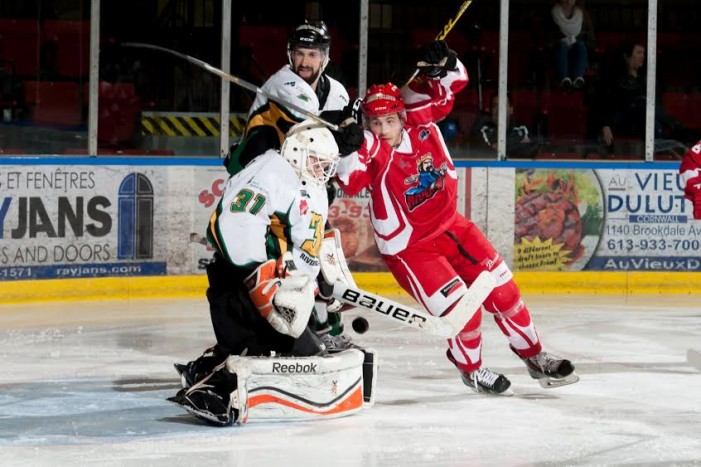 CORNWALL Ontario – Casey Fazekas scored at 1:50 of overtime to give the River Kings a come-from-behind 6-5 win over the St-Georges Cool FM on Saturday night at the Civic Complex. With the victory, Cornwall improved to 5-7-2 on home ice this season. The hard-hitting contest was played in front of a gathering of 702 […]

BROCKVILLE Ontario  – A contractor who offered asbestos removal services in the Kingston, Greater Toronto, Barrie and Hamilton areas has been found guilty of failing to comply with the required health and safety measures and procedures for asbestos removal work. Daniel Lane of Bolton, Ontario, who operated a business under the name HomeSeal, was sentenced […]

BREACH   Cornwall, ON – Christopher Tyo, 32 of Cornwall was arrested on January 13th, 2016 and charged with breach of recognizance for failing to contact the Cornwall Community Police Service as directed. It is alleged during the month of December, 2015 the man failed to contact police as directed and an investigation ensued. On […] 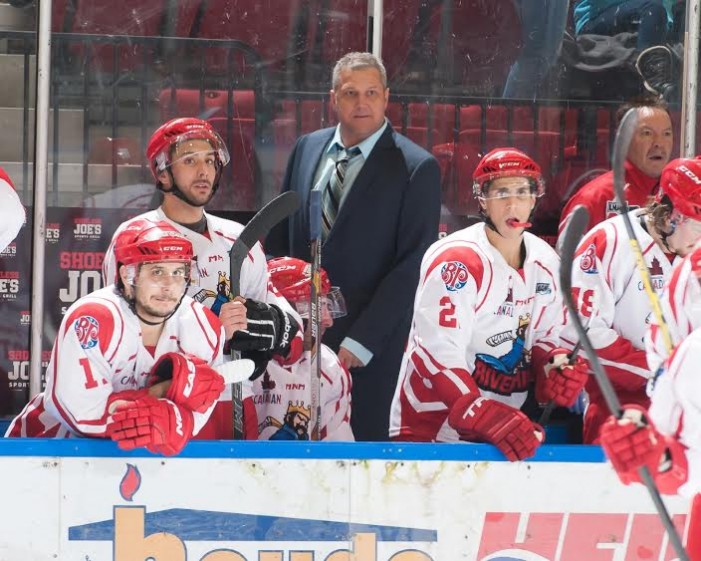 New-look River Kings set for weekend CORNWALL Ontario  – The River Kings will have a new look when they take to the ice this weekend in LNAH action. Newly acquired defencemen Jonathan Parisien and William Lacasse will be in the lineup for Cornwall along with Guillaume Veilleux, who signed as a free agent last week. […]

Kingston Police are investigating a robbery and searching for a lone male who threatened Kingston Community Credit Union staff that he had a firearm and fled with a quantity of cash. Shortly after 11:00 a.m. on January 12 the suspect entered the credit union located at 18 Market Street and then fled on foot after […]