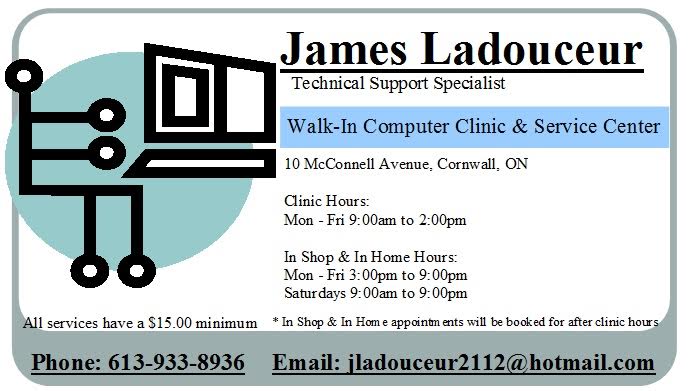 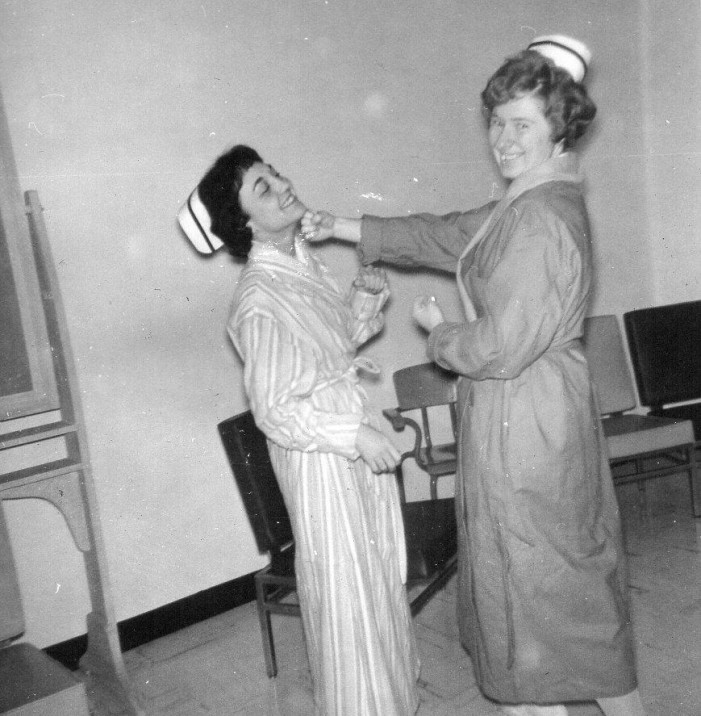 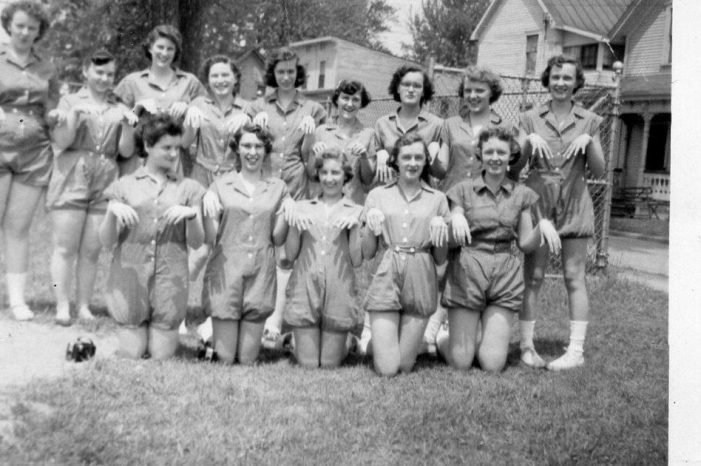 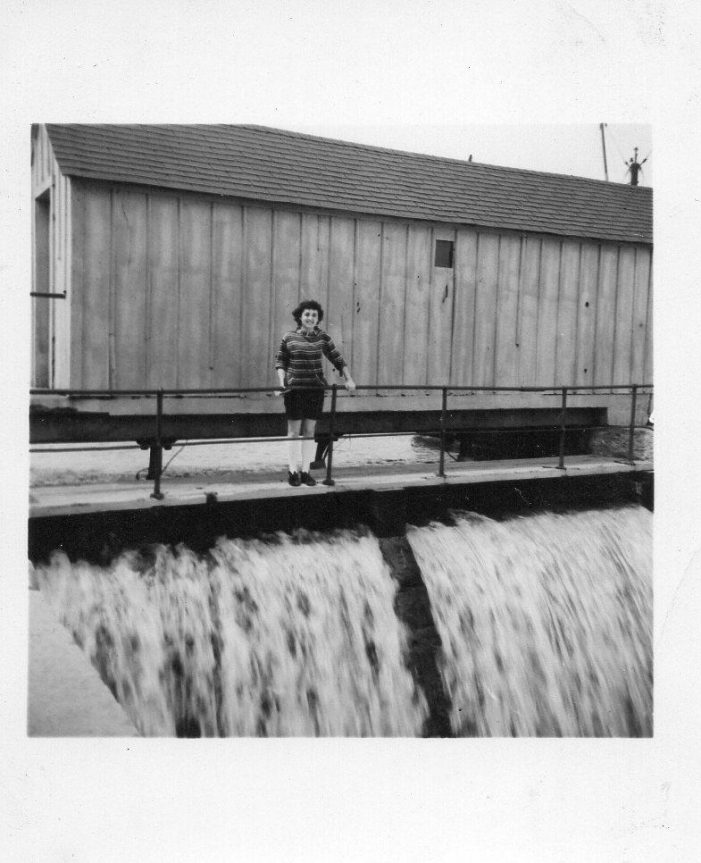 Disabled World is an online newsletter I get weekly. One of the articles dated January 26th/16 was about info on what to do if you got stuck in an elevator. Whew!! Panic time? No! They say be calm. The article gives some advice on what to do including telling us to not attempt to exit the elevator if the car has not returned to a landing and the doors have not opened on its own.

There are phone buttons, often marked ‘Help’ and/ or alarms installed in the elevator. Push the phone button and a trained responder will be there to put the rescue into action. Apparently the ‘Alarm ‘button will sound an emergency alarm in the building. There may be a verbal response or a visual signal. You are not alone although it may seem like it. And if it seems warm in the elevator while you are waiting, remember that there is plenty of air circulating. Most importantly, they say to realize that you are safe, try to relax while you are waiting, get as comfortable as possible and know that help is on the way. For more detailed information, go to http://www.disabled-world.com/disability/emergency/broken-lift.php.

Here is a ‘Dynamic Duo’. This what your Florence Nightingales do during their break on the night shift. My classmate Sharon Walsh-MacLachlan is giving me a ‘right jab to the jaw’, boxing style. Sharon was often on duty on First North, the male ward and I was on duty down the hall on Paediatrics. We used to have our breaks together. Sharon was always full of fun. I think that it was a bit cool in the staff room that night; heat was not coming through well. We each put on one of the men’s bathrobes for warmth . She said I looked like a boxer getting out of the ring after a bout and then we started kibitzing about it, teasing each other.

By the way, the first time I heard the Jewish word ‘kibitz’ which means to converse, point out, etc., according to the internet, was on a MASH show. I think a General was trying to find out how to spell it for a crossword puzzle and involved the MASH crew to help him. For some reason I remembered it although I thought it meant to converse in a joking manner. And it is true; it is often in crossword puzzles. Great word.

March 20th. is Palm Sunday and also…the First Day of Spring…That is as good as seeing a Robin.

A few friends and I were talking about what it was like in high school and what we liked and didn’t like. The general consensus was that we would have preferred being outside doing other things but that there were things we had to learn, like it or not, to be prepared as we grew up. One actually said she enjoyed the History and Algebra classes the most. Imagine! Another the Science classes. Ok, Botany wasn’t too bad; flowers and stuff. I liked Music, English Literature and Composition. Most didn’t like Composition. The rest we could take or leave, although Geometry was ok with Mr. Bailey.

Latin classes were a prerequisite to go in Nurse’s training. Studying Latin did help with a lot of terms. Like French class ,we had to conjugate the verbs like Amos , Amas, Amat, etc. We also learned about Hannibal crossing the Alps with elephants. I aways wondered how he got elephants up the mountain slope and how true that story was. Now with the Paleontologists finding fossils , they know it was true. The elephants had been there, apparently.

In training we had to know what TID, ‘ter in die’ ( three times a day) meant. as an example. We learned all the latin phrases in training anyway but having studied Latin in school did make it easier. There are a lot of Latin words in Medicine. And I do have to admit also that Latin has helped me a bit doing crossword puzzles.

Here are some CCVS beauties garbed in Gym uniforms in the late 1950’s. Most of the names were remembered by my friend Frances Glass-Irwin. Thanks, Frances.

We talked about our favourite poems and prose. We seemed to like a variety of authors and poets. Wayne Dyer profiles a lot of them in his book, ‘Wisdom of the Ages’ , one of my favourites. Also the poem, ‘If’ by Rudyard Kipling came up a few times. Authors like Longfellow, Kahil Gibran and Robert Frost. I always liked Ogden Nash’s wit.

And the Desiderata poem. I received a copy of it in the 1970’s. At the bottom it said that the text was found in 1692 in Old St. Paul’s Church in Baltimore, MD., written by an unknown author. Some years later I received another poem titled, ‘Desiderata’ which was penned by Max Ehrmann. It is twice as long as the older one. On the Desiderata website it implies that the two poems are not connected. Max Ehrmann, a lawyer, wrote his poem in 1927 and states that he said he did it because it counsels those virtues that he felt most in need of. Because of copyright laws here is the older and shorter version from 1692:

‘Amid the noise and haste remember the Peace one finds in Silence. Be Gracious in disagreement, Calm in Discord and Gentle to people of lesser station. Speak your Truth quietly, not loudly. Let caution in your business not blind you to the virtues in others. Whatever Love you give, make certain it be True. Feigned affection is worse than a curse. Forego the impulse of Youth and take the Counsel of your Years. Keep interested in your Career no matter how humble. Nurture your Spirit for sudden misfortune. Fatigue and loneliness breed Fear- so, beyond a healthy Discipline be gentle to yourself and keep peace with all Persons, above all with your Soul. You have a Right to belong, no less than the trees, Whatever you conceive God to be, be at peace with Him.

Despite of all its drudgery and broken dreams This is still a beautiful World and Happiness is yours if you strive for it.’

Both poems are beautiful.

The Community Paramedicine program in Cornwall, SD&G had their funding extended until this month. The program has unfortunately not been successful in securing ongoing funds to continue services past March 31, 2016.

By regularly visiting some of our more vulnerable citizens, the Paramedics work to prevent unnecessary emergency visits to the hospital. They monitor vital signs, mobility and medicines. They provide post discharge follow ups and provide social support as well. This helps to manage health conditions and maintain independence for the client.

Some nurses tell me that they believe this program is the missing link in our Medical system and an essential service for our community.

Please let your MPP Jim McDonell (613-933-6513) (jim.mcdonell@pc.ola.org ) and City Councillors (councillors@cornwall.ca ) know that you want this vital service to continue in our community. Does anyone know where I am at this waterfall many years ago??…Maybe Wiliamstown? Someone said they think that bridge spanned the Raisin River near Williamstown years ago but was torn down and replaced further down the river.

There is a cat named ‘Corduroy’ who is 26 years old. He looks like Tiger. You can see him on ‘the world’s oldest cat’ on the internet.

A little old lady was walking up and down the halls in a nursing home. As she walked, she would flip up the hem of her nightgown and say, “Supersex.” She walked up to an elderly man in a wheelchair. Flipping her gown at him, she said, “Supersex.” He sat silently for a moment or two and finally answered, “I’ll take the soup.”

To sponsor this or any column or feature on CFN email jamie@cornwallfreenews.com or dial 855 444 1133