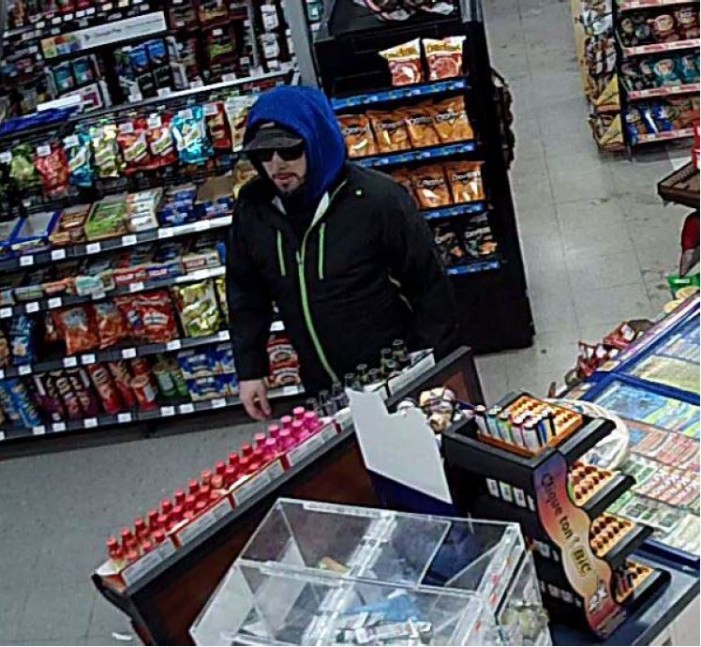 On February 24, 2016, at approximately 8:35 pm, a lone suspect entered a convenience store situated along the 4000 block of Bridle Path Dr. The suspect, brandishing a handgun, made a demand for money from the store employee.  The employee provided an undisclosed quantity of cash and the suspect fled the premises.  There were no injuries.

The suspect is described as being a Caucasian male, 20-30 years, approximately 5’8”(173cm)-5’-10”(178cm), slim to medium build, dark hair with a “chin strap” beard, english speaking with no accent.  The suspect was wearing a blue hooded sweatshirt under a black jacket, a light coloured baseball cap, possibly a Cannondale jacket with a green vertical stripe at the zipper line, and  sunglasses.